‘In 1966, an investor bought 1,000 shares of Panasonic Manufacturing Malaysia Bhd (PANAMY) with RM 1,000. What is the value of his stockholdings today?’

This is the power of value investing, an art of compounding wealth through the simplicity of accumulating shares of great businesses over the long-term.

Perhaps, you may ask, ‘That was PANAMY in 1966. What about today when the stock is trading at RM 40.86 a share? Is this a good investment?’ Here, I’ll share my findings on PANAMY’s 10-Year Performances, provide an update on its plan to sustain growth, and methods to evaluate its stock deal at the current price.

Therefore, here are 8 things to know about PANAMY before you invest.

These products are both marketed domestically and exported abroad. Its main markets are the Asia-Pacific region where Japan is a key destination and as well as the Middle East. For the last 10 years, PANAMY grew its export sales faster than its domestic sales. As a result, its export sales had contributed as much as 62% of PANAMY’s group revenue in 2018, up from 49% in 2009. 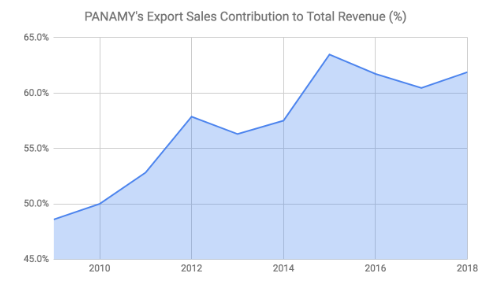 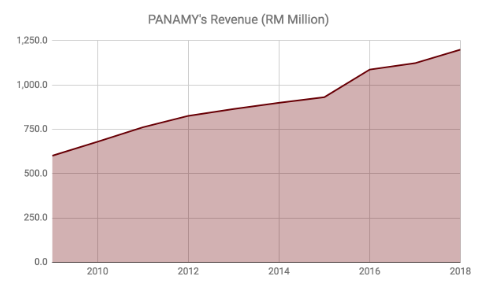 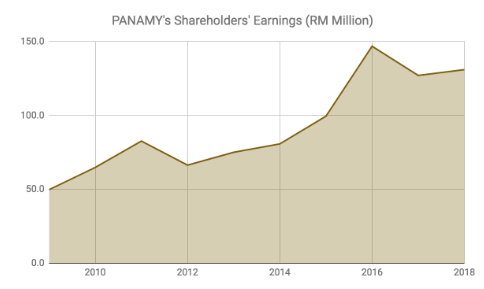 PANAMY chose to pay most of them in dividends as it paid RM 647.4 million in dividends to reward its shareholders. The company had kept the remaining RM 184.0 million in its bank accounts, expanding PANAMY’s cash reserves from RM 466.6 million in 2009 to RM 650.6 million in 2018. PANAMY has zero long-term borrowings over the last 10 years.

Thus, PANAMY is a cash generating machine by itself and does not need to rely on raising equity or debt to finance its operations, expansionary activities or to reward its shareholders with dividends. 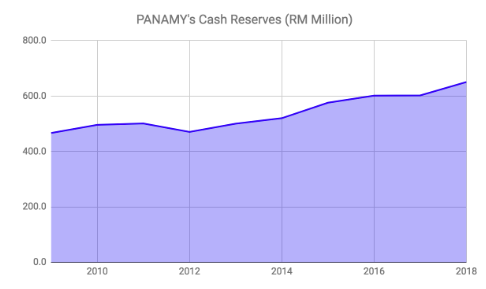 Presently, PANAMY is building a new office building at SA1 Plant and expects it to be completed in the financial year 2019. Upon its completion, the current office spaces can be made available for production activities, thus, expanding its area of production by 18% at SA1 Plant.

PANAMY is also planning to construct another building at SA2 Plant. It expects to complete this project by 2020.

As at 29 June 2018, PANAMY’s major shareholders and their shareholdings are as followed:

PANAMY is a cash generating machine with consistent growth in earnings and high levels of dividend payouts over the last 10 years. Its balance sheet is solid with RM 650.6 million in cash reserves and zero gearing ratio. This enables the manufacturer to continue its trend of steady dividend payments in the future.

With solid fundamentals, the question now lies in its stock price. From a value investor’s viewpoint, it is ideal to accumulate shares of good companies when their valuation is attractive. Thus, you may ask, whether or not, you find these

If you are undecided, please do some soul searching or keep shopping for more attractive deals in the stock market. It is best not to commit into an investment if you are unsure about it. Keep Hunting!