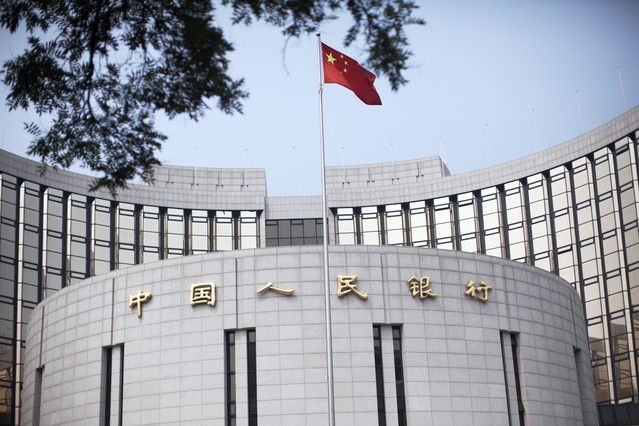 This is a republished article from our Sponsor: FSMOne.com

Learn more about how to use Exchange Traded Funds to create the perfect portfolio for yourself at the ETFestival. Grab your tickets here.

With the recovery of Chinese equity markets in full swing this year, the share prices of China’s Big Four banks have rallied by 12% since its low in October 2018. With improving fundamentals, we believe that they have the potential to climb even higher.

Even with rising defaults, the NPL ratios of the Big Four banks continue to decline, signalling an improvement in asset quality.
Loan growth remains robust as banks gain additional liquidity from RRR cuts and the implementation targeted medium-term lending facility.
With China’s interest rate spread continuing to widen, a further increase in NIMs is a potential catalyst that could lead to an upward re-rating of share prices.
Valuations are still attractive despite the recent run up in share prices. We estimate an average potential upside of 30% for the Big Four banks.

In our previous article, we mentioned that we saw an interesting opportunity in China’s Big Four banks, which were trading at near-crisis level valuations. Since then, share prices of the Big Four have jumped by 12%, driven mainly by improving fundamentals and economic conditions in China. Despite the rally, we believe that China’s banking sector – the Big Four in particular – has the potential to climb even further. Here’s why.

2018 has been a tumultuous year for China’s bond market. Bond defaults have gone through the roof, reaching a final tally of CNY 120 billion that is nearly four times the total for the previous year (Figure 1). The staggering amount of defaults was a result of the country’s domestic deleveraging campaign, which aims to reduce the ballooning levels of leverage and financial risks within China’s economy.

Figure 1: China’s deleveraging campaign has driven bond defaults to a record high in 2018

While bond defaults have hit a record high in 2018, we note that much of the bad debts were concentrated within the rural banks, a segment which carries the highest NPL ratios and recorded the largest increase across the entire banking sector. The Big Four banks, on the other hand, have the lowest NPL ratios, which declined gradually throughout the year from 1.50% in 1Q18 to a low of 1.41% in 4Q18 (Figure 2). The falling NPL ratios in the face of rising bond defaults is a sign that the asset quality of the Big Four banks remain strong.

Apart from lower NPL ratios, overall loan growth remains healthy even amid a nationwide deleveraging campaign, with new bank loans surging to an all-time high in February this year. On a rolling 12-month basis, total bank loans jumped 18% year-on-year to CNY 16.5 trillion in the second month of 2019, up from CNY 14 trillion a year ago (Figure 3). The data confirms our view that the Chinese government is beginning to prioritise economic growth ahead of deleveraging, which should be a boon for loan growth going forward.

The rising loan growth is driven mostly by SMEs, which have long faced financing difficulties in China as they are perceived to be riskier than their larger state owned counterparts. In the second half of 2018, the PBOC unveiled a string of measures to spur lending to SMEs, as a means of providing support for its slowing economy while it works to resolve issues on the trade front.

In one of its largest moves, China’s central bank loosened its financial taps by cutting the reserve requirement ratio (RRR) four times in 2018, and once in 2019. The latest cut brought the RRR for the Big Four banks down to 13.5%, releasing an estimated net CNY 800 billion into the financial system.

Besides lowering the RRR, the PBOC has also launched the targeted medium-term lending facility (TMLF) program in an effort to encourage banks to boost lending to SMEs and private enterprises. The TMLF is a monetary policy instrument that allows banks to borrow additional money from the PBOC up to a maximum of three years at an annual interest rate of 3.15%, 0.15% lower than the existing medium-term lending facility (MLF).

However, in order to be eligible for the TMLF, banks have to meet certain criteria, such as ensuring that a minimum percentage of their total loans go to SMEs. Other measures taken to boost loan growth and support the economy include tax cuts, flexible loan quotas and even the creation of a national fund to guarantee loans made to SMEs.

As we predicted, net interest margins (NIMs) for Chinese banks have continued to rise this year, up from 2.15% in October 2018 to 2.18% in December 2018 (Figure 4). The movement in NIMs has generally followed that of interest rate spreads, which have been widening year-to-date. The widening spreads are the result of lower funding costs for banks brought about by looser monetary conditions caused by multiple RRR cuts and the implementation of the TMLF.

Figure 4: Widening net interest margins is a positive for banks

Following the news of a potential trade deal and the government’s pledge to provide more support for the economy, earnings estimates for the Hang Seng China H-Financials index have been revised upwards, painting an increasingly positive outlook for the banking sector. As share prices are ultimately driven by earnings, we believe that the recent positive earnings revisions is another potent catalyst that could drive share prices even higher (Figure 5).

Figure 5: Positive earnings estimates is a catalyst that could drive share prices higher

Even with the recent run up in share prices, we believe that the Big Four banks still offer decent upside potential of about 30%. Our valuations are based on a fair PB ratio for each bank, derived from their 2019 ROE estimates (Table 1).

Besides their substantial upside potential, the Big Four banks also offer an average dividend yield of 5.37% (Table 2). Dividend yields, which are often overlooked by investors who seek capital gains, are an important factor that contributes to the total return investors receive.

Table 2: Investors of the Big Four banks will be able to enjoy high dividend yields

It is still not too late to invest in Chinese banks

In summary, we believe that the outlook for China’s Big Four banks still remains favourable. As NPL ratios improve, loan growth strengthens and net interest margins rise, the likelihood of an upward re-rating in share prices this year is no longer a distant possibility.

Investors who have yet to take a position in this sector should consider doing so now, especially when valuations are still relatively low. Our recommended ETF for exposure to China’s banking sector is the BMO Hong Kong Banks ETF (HKEX.3143). We have chosen this ETF mainly because of its sizeable exposure to the Big Four banks (Figure 6), which we believe will be the main beneficiaries of the banking sector’s recovery.

Figure 6: The Big Four banks make up nearly half the ETF

(Related Article: Why we believe the semiconductor industry will perform well over the next decade)

(Related Article: The One ETF to capture the unstoppable growth of China Tech sector)

For specific disclosure, at the time of publication of this report, IFPL (via its connected and associated entities) and the analyst who produced this report hold a NIL position in the abovementioned securities.

The Research Team is part of iFAST Financial Pte Ltd.

All materials and contents found in this Site are strictly for information purposes only and should not be considered as an offer, or solicitation, to deal in any of the funds or products found in this Site. While iFAST Financial Pte Ltd (“IFPL”) has tried to provide accurate and timely information, there may be inadvertent delays, omissions, technical or factual inaccuracies and typographical errors. Any opinion or estimate contained in this Site is made on a general basis and neither IFPL nor any of its servants or agents have given any consideration to nor have they or any of them made any investigation of the investment objective, financial situation or particular need of any user or reader, any specific person or group of persons. You should consider carefully if the products you are going to purchase into are suitable for your investment objective, investment experience, risk tolerance and other personal circumstances. If you are uncertain about the suitability of the investment product, please seek advice from a financial adviser, before making a decision to purchase the investment product. Past performance is not indicative of future performance. The value of the investment products and the income from them may fall as well as rise. Opinions expressed herein are subject to change without notice.

Learn more about how to use Exchange Traded Funds to create the perfect portfolio for yourself at the ETFestival. Grab your tickets here.