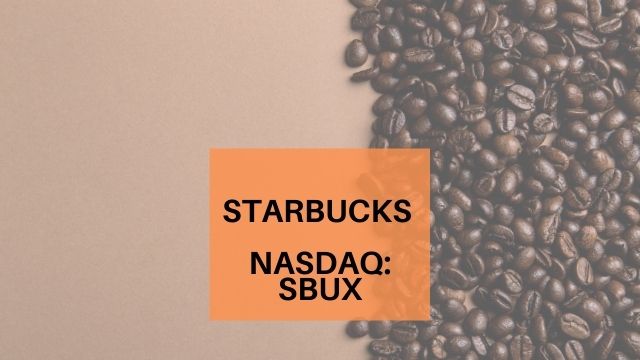 Starbucks (NASDAQ: SBUX) is a US$120 billion coffee beast.

Its trademark green mermaid logo is well-known all over the world.

Today, it has more than 32,000 company-owned and licenses stores.

And people can’t get enough of its premium-priced coffee.

During the pandemic, Starbucks had to shut its stores a large number of its stores, and that also includes the ones in Singapore.

In the US, the ones which remained opened were limited to “drive-through windows” and deliveries.

Meanwhile, a potential vaccine and treatments are on the way, which will only make people more confident of going out to normally like it was pre-COVID-19 days.

And when people can freely leave their homes again, a lot of pent-up demand for Starbucks will return.

Investors who are looking to build their portfolio for the long term might want to hear this.

Starbucks is Poised to Grow at Top Speed

Actually, you can see that happening already. Even though Its latest fourth-quarter financial results saw its net earnings dropped massively by 51% to US$393 million, its total sales during the quarter have reached back to 92% of its pre-COVID-19 levels at US$6.2 billion.

As the US economy continues to reopen, Starbucks will see demand for its coffee recover.

Now what’s truly more important about Starbucks is its international growth into Asia.

You see, Starbucks is in the middle of a major push into the Chinese market. Ever since it won the trademark lawsuit against a China imitator, “Xing Ba Ke” years ago, Starbucks has aggressively paved its way into Asia’s most populous country.

And Starbucks knows once this pandemic ends, it expects China to become its biggest overseas market.

It’s no secret that China is one of the fastest-growing markets today.

In 2005, there are around 200 Starbucks stores in China. Today, Starbucks opened more than 4,300 stores there.

What’s even more ambitious is this.

Starbucks has plans to open another 6,000 stores in China by 2023. That’s roughly one store every four hours. In the longer term, Starbucks plans to have around 20,000 stores to serve China’s 1.3 billion people.

Similar to many other shares, Starbucks’ shares sold off during the pandemic earlier this year, falling around 36% from the peak at the beginning of 2020.

But since then, it has regained about 75% as stores in the US started to reopen. In fact, Starbucks even crushed the S&P 500 Index’s solid performance of 50% over the same period.

Dividend investors are going to rejoice.

Starbucks has rewarded shareholders with its rising dividends. In fact, dividends paid out has grown from US$0.18 share to US$1.68 per share for the fiscal year 2020. Even during the COVID-19 pandemic, Starbucks continued to raise its dividends.

And it could do so because of its very capital-efficient business.

Historically, Starbucks’ return on invested capital (ROIC) has grown to more than 30% on average. This makes it one stock which has very strong potential to grow investors’ wealth safely.

Starbucks’ balance sheet has been strong. Out of its US$29 billion of total assets, it still has around US$4.5 billion of cash and short-term investments ready to be deployed. This allows it to weather any potential crisis in the future ahead.

Of course, one key concern is the intense food & beverage competition in the US. But with more than 15,000 stores in the US, Starbucks maintains a wide lead over its local rivals, including Peet’s Coffee, Caribou Coffee and Dunkin’ Donuts.

What’s different about Starbucks is its conducive café environment and high-quality customer experience. Because of this, Starbucks continues to enjoy a pricing edge over its competitors. Even if it continues to raise prices, Starbucks will still see people lining up for its coffee.

Also, Starbucks is making its way into digitalization. An example is building its online offerings, including having a My Starbucks Rewards and Mobile Order & Pay.

Lastly, one underrated aspect of Starbucks is its channel developments. What this simply means is very few food operators like Starbucks can connect with grocery and mass-channel customers through its licensed stores.

You see, it has extensive distributions with big retailers like Amazon, Costco and Whole Foods. Over the next few years, Starbucks should also have plenty of room to continue reaching out to different distribution channels to sell its premium coffee.

As the US economy and Asia continues to reopen, people will flood to Starbucks for their premium coffee. In my opinion, this is a globally reputable brand which sells a highly addictive product that keeps people coming back for more.

And with strong pricing power, this should be a boost for Starbucks as the economic recovery continues.

As far as I’m concerned as a fundamental-driven investor, this might seem to be an interesting stock to grow my wealth safely for the long-term.