In this article, we will take a closer look at PIL’s business profile, management, and financials, to assess whether the company is suitable for investment.

PIL’s business can be categorised into two major segments:

Geographically, Singapore and Taiwan are the PIL’s largest customer locations, accounting for 63.19% and 66.97% of total revenue in 2018 and 2019 respectively.

As the core of its business model is innovation and customised design, the group does not operate or maintain any mass production lines, and its production capacity depends on the availability of in-house engineers, the complexity and size of projects on hand, production space, and the types and size of products being produced.

PIL intends to further strengthen its market position and expand its business by i) keeping abreast of the latest technological changes in the various industries it services, ii) increase its presence in key geographical markets, such as Greater China region and the US, iii) diversify into other high growth potential industries, such as automotive, healthcare equipment, medical devices and energy, to broaden its customer base, and iv) expanding and enhancing its production capacity and capability.

Currently, customers from the telecommunications and automotive industries are the largest revenue contributors at 84.0% and 83.7% of total revenue in 2018 and 2019 respectively.

In 2019, PIL acquired TP Concept Sdn Bhd, a company engaged in the design and manufacturing of automation equipment for assembly and test of single-use medical devices. With the acquisition, the group targets to grow its medical segment contributed to more than 10% of total revenue in the coming years.

PIL’s largest shareholder is PCB with an equity stake of 63.71% as at 31 December 2019. The director of PCB chose to spin-off PIL as they believe the listing would i) increase the group’s exposure and raise its profile in key semiconductor markets such as the PRC and Taiwan, and ii) leverage on the enhanced prestige offered by an overseas listing status in an international financial centre to attract, cultivate and retain talents.

Mr. Chuah Choon Bin serves as Chairman of both PCB and PIL. He has a direct and indirect interest of 19.66% and 1.11% in PCB and PIL respectively. Mr. Chuah Choon Bin is a professional engineer and co-founder of the group. With his vast industry experience, he has grown the company from a simple automation house in 1995 to a high technology group now specializing in providing factory automation equipment and systems and information communication technology solutions to industrial and commercial customers.

PIL has achieved growth in revenue and profits at compounded annual growth rates (CAGR) of 50.89% and 61.32% from 2016 to 2019. These are indeed spectacular growth rates.

PIL current and cash ratios are at healthy levels. The group also does not have gearing issues as it is in a net cash position. As of 31 December 2019, PIL has cash and cash equivalents of RM304.0 million in comparison to total borrowings of RM3.4 million.

While PIL has declared dividends in 2018 and 2019, it is preferable that the group retains and reinvest the majority of its profits into the business to allow it to pursue available growth opportunities.

PIL’s growth is underpinned by the pervasive use of Information and Communication Technology (ICT) products in peoples’ daily lives. From the internet and smartphones to blockchain technology and Artificial Intelligence, society at large seems ready and eager to embrace the latest innovations in the ICT realm. And investors with expertise and interest in this area could find PIL of interest. 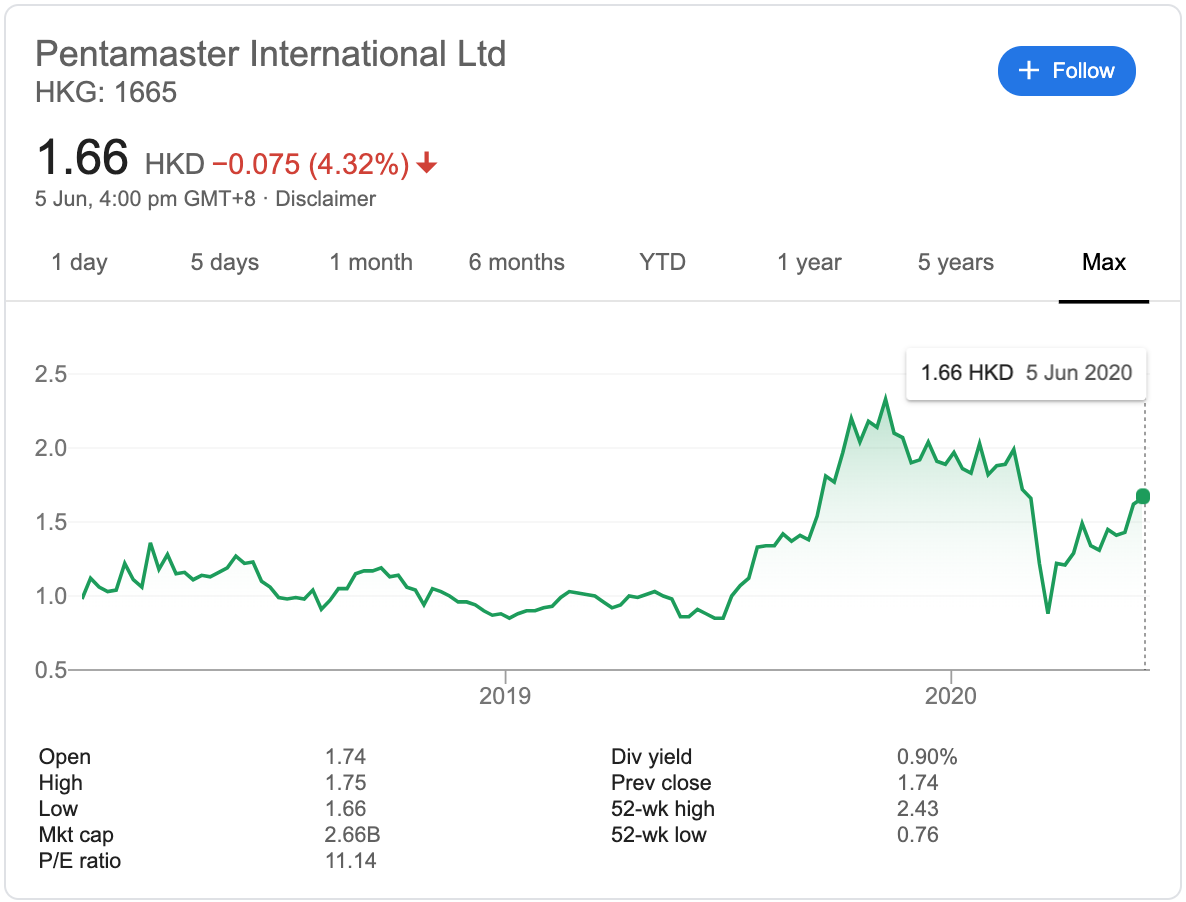