In his teens, he dropped out of school, joined gang fights, and had spent 4 – 5 days in a police lock-up. To most who knew Haw Choon at that time, he was probably regarded as a kid who would never amount to anything in life.

But, God himself has a different plan for him.

His parents, Beng Teik and Mee Leng, had sent Haw Choon away from their home in Alor Setar to Singapore where he attended a simple study course to learn English and cut loose from a thug’s life. It was then, his tutors began to share the Gospel with Haw Choon which led him to receive Christ, a pivotal moment that sparked a true transformation of his life.

Haw Choon went back to school, finished college, and took over his father’s business in 2009. He transformed it from a family-owned enterprise with 70 staffs to among the top three suppliers of building materials in Malaysia that employs about 1,000 people. Haw Choon had listed the business under Chin Hin Group Bhd (Chin Hin) on Bursa Malaysia on 8 March 2016.

Briefly, I’ll pen down 8 things that you need to know about Chin Hin before you invest.

Chin Hin is involved in the following businesses:

Over the last 5 years, Chin Hin has made slightly above RM 1.0 billion worth of revenues a year. Out of which, it has made around RM 30 million per year in shareholders’ earnings. The exception was in 2016. Chin Hin has reported to make RM 41.4 million in earnings. This figure was inclusive of a fair value gain on investment properties of RM 10.6 million which is non-recurring and one-off in nature. Excluding it, Chin Hin would have reported profit at levels equivalent to RM 30 million in 2016. 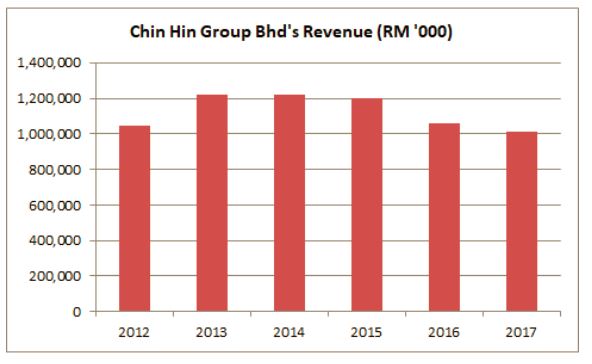 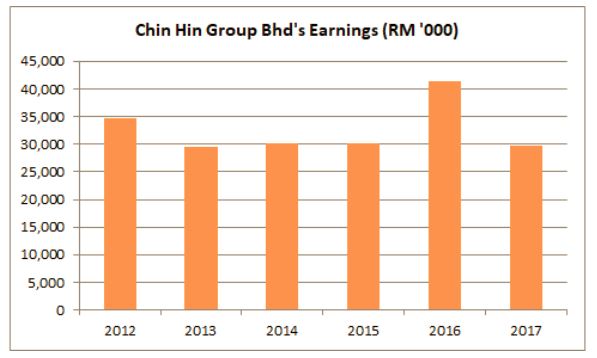 On 12 October 2017, Chin Hin has acquired assets relating to the production of UHPC for RM 2.9 million. It commenced operations in November 2017. In mid-2018, sales are expected to grow in line with higher UHPC architectural solution projects commencing during the period.

In August 2017, Chin Hin has acquired 45% stake in Atlantic Blue for a sum of RM 24.75 million. Atlantic Blue is a turnkey EPC solutions provider which is specialized in large-scale solar farming and solar photovoltaic solutions. In 2017, Atlantic Blue has secured a project to provide EPC solutions relating to the construction of a solar farm in Bukit Kayu Hitam, Kedah. This contract is in addition to two subcontract projects worth RM 34 million. They are solar farms located in Gurun, Kedah and Gambang, Pahang respectively.

For further enquiries or to request for additional investment information on Chin Hin Group Bhd’s Investors Relation matters, you may contact:
Website: http://www.chinhingroup.com/investors-relations/

As at 30 March 2018, the substantial shareholders of Chin Hin Group Bhd and their respective shareholdings are as followed: