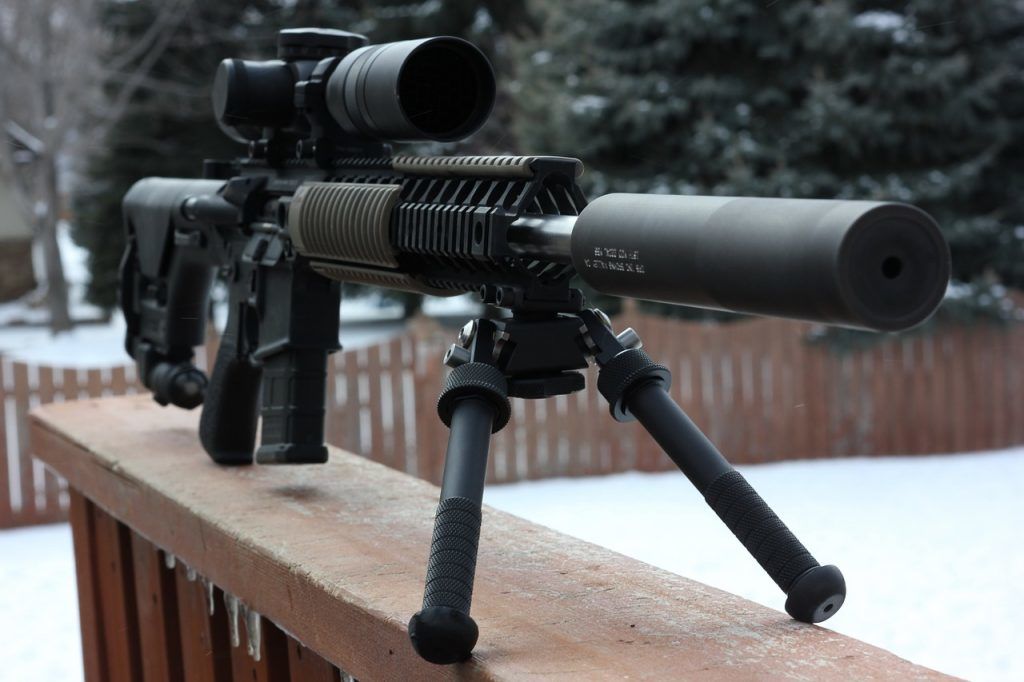 So who won the ARMS race?

Well in this case ARMS doesn’t refer to the likes of firearms but rather to London listed company with the ticker symbol ARMS or better known as Asia Resource Minerals PLC (LON:ARMS).

To me, what’s interesting was not so much the company or its operations but rather the two sides at play in this ARMS race. I thought how this story unfolded was educational or at the very least, intriguing with a few investment lessons that we can learn from.

From my knowledge, it’s a fair statement to say that these two sides are powerhouses in their own rights. I will first introduce the 2 key players before going into the story. Without further ado, here are the two players battling for control over ARMS.

First we have Fuganto Widjaja, the grandson of Eka Tjipta Widjaja – founder of the Sinar Mas Group with operations dating back to the pre WW2! Describing it as a big business would still be an understatement. With a combination of both private (Asia Pulp & Paper Group) and listed vehicles (Golden Agri-Resources Ltd), the Sinar Mas Group is a sprawling conglomerate with operations from agribusiness, pulp & paper, real estate, financial services, telecommunications, mining. You name it, they might have it.

Fuganto Widjaja CEO of Singapore listed Golden Energy and Resources (SGX:AUE) or GEAR for short. GEAR came about on the back of a S$1.88 billion reverse takeover in Apr 2015 as one of the largest Reverse Takeovers (RTO) in Singapore’s recent history. Digressing briefly, an RTO is a method used by private companies to be publicly traded without going through the long and expensive process of an IPO. In short, the private company (GEAR) buys enough shares to control an existing publicly traded company (United Fiber System Limited) and then exchanges their shares. A key difference would be that no capital is raised from an RTO. An RTO is also commonly known as a backdoor listing as this allows the company to achieve a publicly listed status without all the paperwork of an IPO.

Now back to GEAR, following the listing of GEAR, Fuganto Widjaja appeared to be looking towards increasing its coal operations. This was where ARMS came into the picture. With this, Asia Coal Energy Ventures (ACE) – a private vehicle back by the Sinar Mas Group and managed by Argyle Street Management came into existence for the purpose of acquiring ARMS (ARMS would eventually be merged with merged with GEAR). Pardon the heavy use of acronyms.

In this whole scheme of things, Argyle Street Management was the one that got the Widjaja family a foot into the door with their 5% equity stake in ARMS.

I don’t think the Rothschilds require much of an introduction.

Even without knowing what they do, you would have surely have heard of their name before together with the claim that their private fortune was one of the largest in the modern world. But just to refresh your memories, their empire covered operations from finance, real estate, mining, energy and many others. Some of the world’s largest operations were associated with the Rothschild’s capital. Do De Beers and Rio Tinto ring any bells?

An interesting piece of history for this saga was that Nathaniel Rothschild was the very person that co-founded Bumi PLC (The predecessor of ARMS) in 2011. Coincidentally or likely because the coal assets are in Indonesia, the other co-founder were the Bakries, another Indonesia powerhouse. However due to some accounting irregularities things turned sour after awhile. One thing led to another which eventually led to Nathaniel Rothschild leaving Bumi’s board in 2012. Through it all, Nathaniel Rothschild still had a 11% stake in ARMS at FY End 2014.

And This Was How Things Got Started

For some background on the coal industry, I think the words – Pretty Bad could be used to describe it, at least for the past two years. Since 2011, coal prices on a per ton basis have almost halved!

To put it gently, both industry and company specific factors have led to ARMS not having the best time of its life. To show how bad things were, as at 31 Dec 2014, ARMS explicitly stated (And this was also clear from their Annual Reports) that they “might not be able to satisfy this repayment requirement from its own cash resources”. If companies come out in the open with such a statement, I think that you can take their word (And then some) that things are really that bad.

Most likely the above statement referred to their US$450 million bond repayment due on 8 July 2015. With only Cash of US$373 million, a negative working capital, losses in the past 2 years and a rapidly declining Shareholders Equity, I think it was safe to say that things were pretty dire and some sort of external intervention was needed. A negative working capital essentially means that what you owe is more than what you own. A negative working capital is not always a negative, it depends on your operating dynamics. For a business that receives cash upfront, it might be a welcomed sign. However for companies that do not (And ARMS falls into this category), things might not look that rosy.

Here was where Nathaniel Rothschild came into the picture through NR Holdings (Rothschild’s privately held vehicle) with an indication to help address the imminent problem faced by the company. Together with NR Holdings, Rothschild’s stake totaled 17%.

31 March 2015 was the day that kick-started the entire saga. Rothschild announced their offer to raise $100 million of new equity through an open offer at 25 pence per share fully underwritten by them. What does fully underwritten mean? I am glad that you asked!

For example a company has 100 shareholders. To raise $100 of capital for the company, each shareholders is offered the opportunity to buy 1 share at $1. You basically have 2 options in front of you – Accept or decline. In the event that every single shareholder accepts to buy this new share, there would be no change in shareholdings. But as long as you do not accept this offer (Maybe you think that the prospects of the company are gloomy or the price is overvalued), you will be diluted as fully underwritten means that this opportunity will fall to NR Holdings and they are obligated to buy this share.

In the very extreme case where everyone declines and Rothschild full takes up all the new shares, their 17% will balloon to an amazing 60%

Notably, based on ARMS FY2014 NAV, even with this enlarged share base, the NAV per share based on ~500 million shares was somewhere north of 100 pence per share and the offer was 25 pence per share. However we have to take note that for a ‘distressed’ company, NAV can deteriorate very very fast, hence a gauge based on FY2014 NAV could be rather optimistic.

Being the real world, things don’t go tend to go as planned. Within a month in April 2015, ACE – the Widjaja family vehicle announced their intent to wrestle control of ARMS. Notably this was the time that GEARS was set up. ACE came in with a slightly different offer of buying out all shareholders not owned by Argyle Street Management at 41 pence per share (Almost 60% higher than the equity offer by NR Holdings). This meant that ACE’s plan A was to buy up the remaining 95% of shares not belonging to their consortium. They also had a Plan B that was quite similar to NR Holdings proposal where ACE proposed to come in with another $150 million on similar terms as NR Holdings to recapitalize the bonds. This offer was submitted on 7 May 2015. What an exciting few months!

To this, the consortium of Rothschild, NR Holdings and SUEK PLC (Russian miner formerly known as Siberian Coal Engery Co) opted to stick to their initial offer. They also mentioned that ACE’s buyout of 41 pence per share limited shareholders the opportunity to recover value if ARMS returns to its glory days with the return capped at 41 pence per share. It was also mentioned successful enforcement of an outstanding arbitration would be worth more than the offer price of 41 pence per share alone. In their parting remarks, it was commented that either ACE pays a full premium for their cash offer or their initial plan of a $100 million equity underwriting should follow. This seems like a very high stakes game of poker to me.

Thus with the two options at hand with time running out (Remember $450 million bond repayment in July 2015 – Only 2 months left!), ARMS had to make a decision.

On 1 Jun 2015, ARMS Board was of the opinion that the offer by ACE (Widjaja family) should be the Company’s focus. This was due to three factors:

1) The Widjaja family was well connected in Indonesia where PT Berau was situated;

2) Widjaja family had experience in coal operations; and

3) In totality the terms of their offer was similar with an additional $50 million thrown in.

On 8 June 2015, the consortium of Rothschilds and NR Holding accepted ACE’s improved offer of 56 pence for their 17% stake in ARMS.

Well this was an interesting turn in events, with the offerer becoming the one that accepted the offer!

Other than the intriguing story here, another key takeaway from this saga would be the issue of market efficiency when it comes to market price. Just look at the large swings in the offer price within a matter of 3 months, going from 25 pence per share all the way to 56 pence a share – a whooping increase of over 100%!

Keep in mind that prior to this offer in Dec 2014, ARMS was trading at less than 4 pence a share and in prices were as high as 150 pence per share in early 2014!