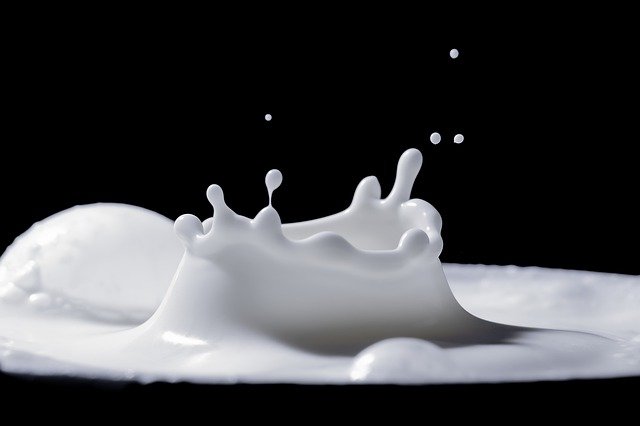 Vitasoy International Holdings Limited (“Vitasoy”) (HKG:0345) is the largest non-carbonated beverage and food manufacturer in Hong Kong. Vitasoy’s products were originally centered on the high-protein soy milk drink that the Group first produced. Over the years, the Group has expanded into a wider variety of beverages such as fruit juices, tea, milk tea, water and tofu, under the brand name “Vita”.

As of 14 February 2020, Vitasoy has a market capitalisation of approximately HK$32.82 billion. In this article, we will take a closer look at the business, management and financial aspects of the Group, to see if it is worth an investment.

Vitasoy was founded in 1940 by Dr. Lo Kwee-seong with door-to-door delivery of soy milk selected as a product because many Chinese people are lactose intolerant. The Group ceased operations from 1941 to 1945 during the Japanese occupation of Hong Kong and re-emerged after the war ended.

The soy milk was first delivered to peoples’ homes on bicycles, but then began selling through retail outlets. By 1950, with sales increasing, Vitasoy established a new factory. In 1953, it adopted a sterilization technology enabling the drinks to be stored without refrigeration. In 1975, Vitasoy became the first Hong Kong company to introduce Tetra Pak packaging technology for drinks production. This involves UHT (ultra-heat treatment) sterilization of the production and packaging in aseptic cartons so the drink could be kept for months without refrigeration.

Vitasoy expanded into overseas markets in the 1980s and 1990s. Today, its products are sold in approximately 40 markets around the world including Mainland China, Hong Kong, Macau, Australia, New Zealand, U.S., Canada, Europe and South-East Asia. Revenue distribution wise, Mainland China is the largest contributor at 62%, followed by Hong Kong (Hong Kong, Macau and Exports) at 30%, Australia and New Zealand at 7% and finally, Singapore at 1%, for the financial year (“FY”) ended 31 March 2019.

Vitasoy’s growth in Mainland China has been remarkable. The Group has benefitted from China’s increasing household incomes and a shift towards healthier drinks and is now a leading player in China’s soymilk market, which is valued at 9 billion yuan (US$1.3 billion) in 2018 by market research firm Euromonitor International.

The Group began exploring opportunities in Mainland China in 2012, making its way into regions beyond Guangdong province, including Hubei province in central China and the southern provinces of Fujian and Guangxi. An e-commerce boom over the past few years accelerated the Group’s growth. Revenue and profits from Mainland China grew at a compound annual growth rate (“CAGR”) of 24.67% and 37.92% respectively from FY2015 to FY2019.

Vitasoy’s management attributes its success in Mainland China to its well-paced expansion and an unwavering focus on improving its plant-based drinks. Demand for its products has been so strong that Vitasoy had decided to invest 1 billion yuan (US$145 million) in building a brand-new factory in Dongguan, Guangdong province, in order to keep up with the orders. The Dongguan plant, scheduled to be put to use in 2021, will span 100,000 square metres and will become Vitasoy’s largest factory in Mainland China.

Over the years, Vitasoy has successfully developed a special attachment with Hong Kong people. Many Hongkongers find it impossible to remain impartial when it comes to Vitasoy and its products, often referring to the brand as “childhood in a box”. The Group’s marketing campaigns have no doubt played a role in Vitasoy’s longevity and ubiquity by playing on themes of health and nostalgia. An example is its “Stand By Me” campaign launched in 2015.

In China, the rapid development of mobile internet has given the Group a huge boost in gaining national recognition. The unexpected trending of funny internet memes about its lemon tea drink has helped expose Vitasoy to a much wider audience. The memes usually feature cartoon figures grabbing a box of Vita Lemon Tea and gulping it with a straw complemented with the jingle, “维他柠檬茶，爽过吸大麻” (“Drinking Vita Lemon Tea is cooler than smoking marijuana)”, which rhymes in Chinese.

Vitasoy’s success has certainly caught the attention of its competitors. Mainland Chinese food giants such as Dali Foods Group Co Ltd (HKG: 3799) and China Mengniu Dairy Company Limited (HKG: 2319) have both ventured into soymilk, entering markets in northern China, where Vitasoy has yet to make a strong presence. Nevertheless, Vitasoy first mover’s advantage and strong brand recognition should allow it fend off its competition and charge a premium for its products, which boost profits.

Vitasoy is led by the Lo Family. Collectively, the family owns approximately 36.60% of the Group, and have the following family members on the board of directors:

Even though this is a family business, management of day-to-day operations has been handed over to Mr. Roberto Guidetti, who acts as the Group’s Executive Director and Group Chief Executive Officer (CEO). Mr. Guidetti has 24 years of experience in the fast-moving consumer goods industry, having worked previously worked with Procter & Gamble Company (NYSE: PG) (1988 – 2007) and The Coca-Cola Company (NYSE: KO), China (2007-2013), before Vitasoy tapped him to step in as CEO in 2013.

We are pleased to note that Mr. Guidetti owns 4,974,000 shares, which at present is worth close to HK$153.45 million. With a significant part of his net worth tied up with the Group, we trust that Mr. Guidetti is properly incentivised to ensure its continued success.

Vitasoy has achieved notable CAGR of 10.48% in revenue and 16.94% in profits for the past 5 years, from FY 2015 to FY2019. Whether the Group is able to sustain this pace of growth in FY2020 remains to be seen as its core markets of Mainland China, Hong Kong, Macau and Singapore may be impacted in the short-term by the Covid-19 (novel coronavirus) outbreak.

As events are still unfolding, investors should closely monitor the developments of this health crisis and assess its potential impact on the business before considering an investment.

Vitasoy’s gross profit margins have increased each year from 49.7% in FY2015 to 53.7% in FY2019; meanwhile, net profit margins have also increased from 7.4% in FY2015 to 9.2% in FY2019. The improvements in profitability demonstrate that the Group has considerable pricing power and is also able to manage and control costs appropriately. In addition, return on equity ratios are averaging above 15.0% over the past 5 years, clearly, management is efficient in allocating and converting every dollar of investor capital into profit.

No major concerns here as Vitasoy has a relatively strong balance sheet and has recorded positive current and cash ratios for the past 5 years. In fact, the Group has zero borrowings, and cash and cash equivalents of approximately HK$1.01 billion as of 31 March 2019.

Vitasoy has been paying increasing dividends each year as its dividend per share has risen from $0.244 in FY2015 to $0.419 in FY2019. The dividend increase is in line with the Group’s performance and shows that the management is willing to reward shareholders as the business does well.

With a closing share price of HK$30.85 as at 14 February 2020, Vitasoy is trading at a price of earnings (PE) ratio of 46.60, with an indicative yield of 1.35%. Despite its lofty valuation, Vitasoy is a quality business run by competent management and may be of particular interest to growth investors.

As a side note, Vitasoy was recently attacked by short-seller Valiant Varriors. The activist investors alleged that the Group had inflated its net profit and capital expenditure in Mainland China and Australia. The allegations were immediately refuted by Vitasoy and you can read their clarification announcement here.