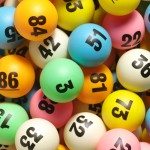 Money is water, especially if you are the lottery operator. Berjaya Sports Toto Bhd (BST:MK) is one of the few licensed operator of the pool betting game in Malaysia. The company also lease lottery equipment and software support for customers in Philippines and the US. The company has an amazing track record since its privatisation from the government in 1985.

Berjaya Sports Toto Bhd is also a well-known dividend machines, normally producing strong free cash flow and distributing more than 75% of its profits to shareholders. Its current dividend yield is around 5%. In 2012, the company proposed to change its listing in Malaysia to a business trust status in Singapore. However, the deal was cancelled this year, as management cited market sentiment was weak in Singapore.

What does this mean?

This means that management might be looking to switch over to the Singapore Exchange in hope to get a better valuation on the company. If that is the case, aborting the listing at this time shows two possible opportunities.

1)      Investor in Berjaya Sports Toto Bhd might be able to switch their shares for the future Singapore listing at a high valuation if they are patient.

Berjaya Sports Toto Bhd might have one of the best business model in Malaysia, operating in a licensed environment and huge pricing power that is the reason even after 28 years of little change in its business strategy, the company continue to generate huge cash flow for the company. However, with growth slowing for the past few years, is this the end of the growth era of Berjaya Sports Toto? Is that why management have to look at restructuring deal such as moving the listing to Singapore to create more value for shareholders? Only time will tell.