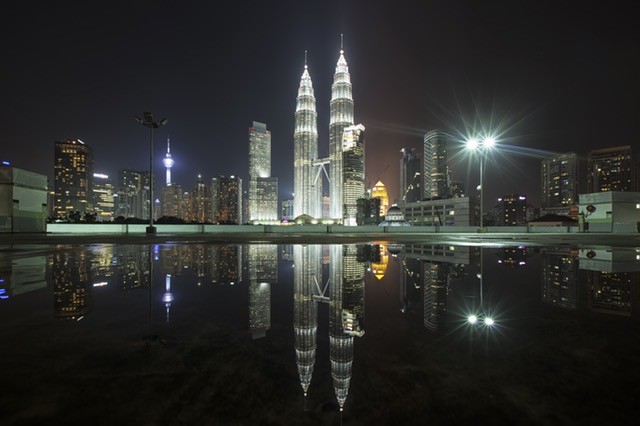 Almost every Malaysian would have opened their first bank account with this bank. It is commonly seen as the national bank of Malaysia and rightly so. That is because Malayan Banking Berhad (KLSE:MAYBANK), or more commonly known as Maybank, is the largest financial institution in Malaysia by asset size. By the end of 2016, it managed RM736 billion in asset and has more than RM490 billion in deposits. Its closest competitor, CIMB Group Holdings Bhd (KLSE:CIMB) ([stock_quote symbol=”KLSE:CIMB” show=”name” nolink=”1″ class=”1″]), has an asset and deposit size of “just” RM486 billion and RM336 billion respectively.

However, the questions in investors’ mind now might be:

Let us investigate that with the key things you need to know about Maybank.

Moreover, about 43.3% of gross loans of Maybank is originated from overseas, showing that Maybank is more than just a local banking giant.

The bank has three named segment of business:

This segment includes businesses such as its consumer banking and business banking for small and mid-sized companies. This segment currently made up about 42% of the group’s profit before tax in 2016.

Maybank grouped its corporate banking, global market, investment banking, transaction banking and asset management departments into its global banking segment. This segment is the main profit contributor for the company, accounting for more than 50% of profit before tax in 2016.

The group insurance is mainly done through its 69.05% owned Maybank Ageas Holdings, which owned the Etiqa brand of insurance companies. Etiqa is currently one of the largest insurance company in Malaysia. This group contributes about 7.9% to the bank’s overall profit before tax.

Maybank is located in a fast-growing region of ASEAN. Its key market of Malaysia, Singapore and Indonesia is some of the largest economies in the region and still experiencing good growth numbers. Through its acquisition of PT Bank Internasional Indonesia (BII) in 2008, Maybank has established a strong presence in Indonesia and is now one of the largest banks in the country.

With a strong balance sheet, it has the ability to expand aggressively in the region and capture the fasting financial sector in this part of the world. Maybank’s common equity tier 1 ratio, a common measure of financial strength for banks, is close to 14% at the end of 2016. That is a very strong figure and give Maybank a strong reputation as a regional strong and stable bank.

ASEAN is home to more than 600 million people. Although the ASEAN Economic Community (AEC) has been developing very slowly, it is clear that it is the direction ASEAN is taking for the long-term future of the region. Maybank has been growing long before there are talks about integration in the region and it has been very successful till now. Moreover, it has only been operating mainly in a market of fewer than 30 million people.

If the region is able to form a more integrated economy together, the potential for more trades and commerce are huge. And as one of the largest financial institution here in ASEAN, Maybank is very well-positioned to participate in this growth and help businesses around ASEAN to do more business with one another.

Even though Maybank is the largest bank in Malaysia, it is not a passive player when it comes to adapting new technology. Maybank is a leading bank in pushing new technology to empower more of its customers. It now has applications like e-wallet, e-banking and even e-insurance for its customers. In fact, it is the number 1 digital insurance player in Malaysia and has generated more than RM100 million in premium through digital channels.

With a forward-thinking management, it might continue to lead the way in the digital transformation of the banking industry in Malaysia.

As such a big organization, there are many risks and threats that are awaiting Malayan Banking Bhd. One such threat is the rise of FinTech, or Financial Technology firms. We have seen how technology has disrupted traditional businesses such as retailing (Alibaba), transportation (Grab | Didi Chuxing) and even telecommunication (WeChat and Whatsapp).

Technology has the ability to lower the playing field and allow small players to compete directly with industry leaders. In recent years, there have been huge amount of investments going into FinTech, enabling many of them to produce new products and solution that were traditionally offered only through the banks. It is still unclear how the new technology might disrupt the banking business, but it is important for investors to keep an eye on the development of this fast-growing industry.

In recent years, the banks in the region have been facing higher default rates on their loans. This was mainly due to the downturn in the oil and gas industry. The slower growth in the Chinese economy might also have some spillover effects across the region.

Why Is It A Worry?

Banks generally operates with customers’ deposits and additional loans and issued bonds. This means that a bank would need very little of its own capital to start operating. Typically, a bank might only have an equity to asset ratio of just 10%. So, for every one dollar it actually owns, it has nine dollars of OPM (other people’s money) This means that if the bank loses just 5% of its asset, it might see 50% of the bank’s equity destroyed just to cover that loss.

The Investor Relations office is located at:

The IR email is ir@maybank.com.my

The IR team are: