CapitaLand Mall Trust (CMT) was listed as the first retail REIT on the SGX in July 2002. Today, it remains as the biggest retail REIT in Singapore with a portfolio of 15 assets valued at S$ 10.3 billion. In this article, I’ll cover 10 main things that you need to know about CMT before you invest.

The 5 largest properties in CMT’s portfolio are as followed: 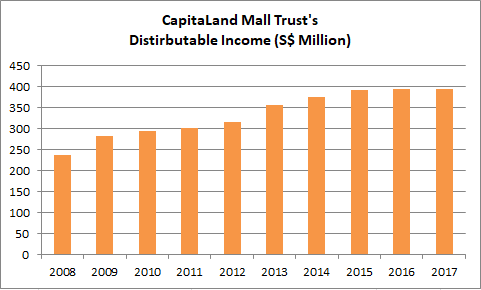 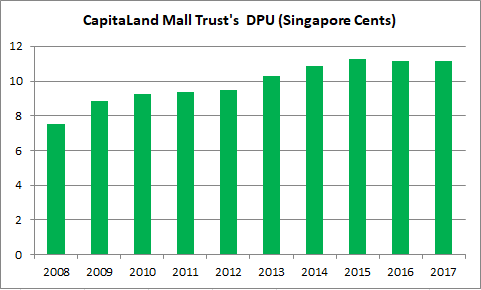 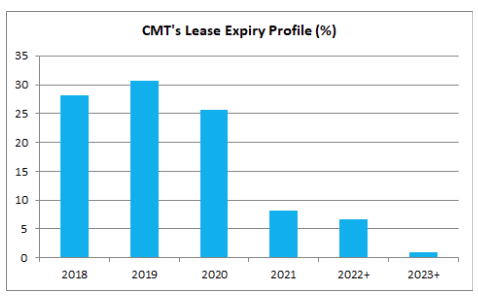 Upon the disposal, CMT has reduced its portfolio from 16 assets to 15 assets presently.

On 1 July 2016, CMT has closed its Funan DigitaLife Mall for redevelopment. This project will add 388,000 sq. ft. of retail spaces, which would lift its retail space to 870,000 sq. ft. Presently, the mall has secured several anchor tenants such as:

Calculated based on Figures Presented in Annual Reports of CMT

For further enquiries or to request for additional investment information on CMT’s Investors Relation matters, you may contact:

Temasek Holdings (Private) Limited remains as the sponsor and the largest unitholder of CapitaLand Mall Trust (CMT) with 29.57% unitholdings.

CMT has delivered stable distributions to its unitholders for the last 10 years. It has a portfolio 15 assets that have an occupancy rate of 98.9% with a tenant base of 2,900+ as at 31 March 2018. CMT expects to derive additional income from Funan once its redevelopment works are completed in Q4 2019. Hence, it laid itself a firm foundation to sustain distribution growth in the future.