Value Invest Asia
Home Branded Content The Titans of The Computing World And What You Need To Know... 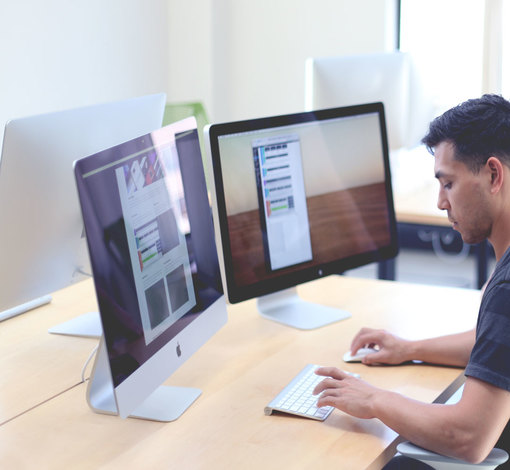 I am a big believer in computing and the digital age. I also believe in investing in the future that we envisioned. So since I see a future where computing will become an even more important role in our lives, I have been investing in more technology companies that have the potential to bring us to that future.

However, I have not started out like this. In fact, I am someone who can be described as a “noob” (beginner) when it comes to technology. I have always been more attracted to mechanical things. I like antiques and old cars, simple board games compared to high definition 3D games.

However, there is no denying the advantages that computing has brought to this world. Imagine how we would live our lives now without a computer, a smartphone or without Google.

In fact, due to the great efficiency of computing, the barrier to entry of starting a business is lower than ever before. And one fact that I am very sure is this trend of digitalisation will continue, regardless of how high the walls of trade barriers are.

So for a few years now, I have been investigating the computing industry, to understand who are the main players in the industry; for both the hardware and software. Not only that, I have tried to find out among these leaders, which are the companies that have strong moats around their business and who might be the one leading the world towards the future.

After all, if a world of ultra-digitalisation is what I envisioned, shouldn’t I be investing in the companies that are bringing us there? This is what I found.

When it comes to computing, a huge part of it is the software. For many, the choice of which device to buy might come down to the software that is powering that device. If you are an Apple user, the logical decision is just to buy an iPhone, regardless of how great the new Huawei P30 Pro might be.

And in the software space, it is extremely dominated by a few players globally. In the PC industry, it is mainly dominated by Microsoft Corporation’s (NASDAQ: MSFT) Windows and Apple Inc’s (NASDAQ:AAPL) MacOS. Note: Alphabet Inc (NASDAQ: GOOG) has been trying and making some headways with its alternative ChromeOS, something we will discuss later.

What is a Raspberry Pi?

I have been installing Linux-based OS and ChromeOS on my laptop and testing them. I have to say none of them is close to the utility and effectiveness of both Windows and MacOS.

However, I do think that Google’s ChromeOS might have an interesting future to compete with the two giants.

What is Chrome OS?

Google has really positioned ChromeOS to be a simple to use, cheaper alternative to buying a high-grade laptop running Windows or MacOS. The idea is that for most people, especially students, even when we are using a laptop, most of the time, we are using it within a browser. And that browser would most likely be Chrome.

Think about it, through our browser, we can check our mail, watch a movie or Youtube, look through our social media, reading news or do basic office applications like word processing or spreadsheet. And if we are spending most of our time within the browser, why do we need a full operating system to run it?

So Google created ChromeOS, an operating system that focuses on the Chrome browser. It literally started out as a simple that has just one software, the Chrome browser. Now, after years of updating, it has been improved by adding the capability to install android play store apps into the newer chromebooks.

More importantly, most of these Chromebooks made by third party manufacturers are much cheaper compared to an equivalent Windows laptop.Thus, Chromebooks have been able to gain popularity among schools who are buying in bulk for their students, especially in the US.

This is an important point because it introduced a new computer operating system to a younger audience who can adapt more easily. And when these users grow up, they might be more open to continue buying a Chromebook for themselves in the future.

To experience it first hand, I went out to buy a refurbished Chromebook to try it out. From my personal experience, I would say ChromeOS is no way near as useful as a Windows or MacOS computer at this point, I would not write them off so soon, they are getting much better rapidly.

However, if you have not noticed, the world of computing is moving towards mobile. The number of smartphone users in the world is reaching 3.0 billion. Compared to the 500 million user base of Windows 10 and MacOS, you can see why the software duopoly is actually in mobile. More importantly, owning the operating system in a mobile device is much more valuable than owning it for a computer. This is because most mobile operating system, be it iOS or Android, are pretty closed-ended. It is hard for us to change operating system or even just to install unauthorised software onto the device.

More crucially, both Google and Apple controls the main application store for their operating system. It means that anyone who want to distribute their software to mobile users, have to distribute them through either the Apple Appstore or Google Play Store (At least outside China). And these two companies earns a cut of commission (30% for most cases) for every transaction that happened within all these apps. This is different from how we can download just about any type of program for our PC from just any web link, exe or dmg files.

Microsoft has tried many years to break this duopoly without much success. In fact, Microsoft has officially discontinued their effort in the mobile space and has been more aggressively create android and iOS apps for their software to be compatible on these platforms.

Although we can argue that other softwares like Adobe, Netflix or even social media like Facebook or Instagram are important too, the fact is all these services must be distributed or presented through the operating systems of these three gatekeepers. And if you are the gatekeeper to an entire industry, you would most likely be the ones setting the rules of the game.

Therefore, the consumer software would most likely be shaped by these three companies;

The backbone of the internet is the millions of servers around the world. These are large computers and storage, typically kept in a clean room and run 24hours. Singapore is one of the major server hubs of the world with many multinational companies having servers hosted in Singapore.

As servers are also computers, they must have an operating system to run their software as well. And the most popular OS almost servers now are mostly open-sourced servers such as Debian, Linux or even Linux-based enterprise OS by Red Hat Inc (NYSE: RHT).

Microsoft has been losing market share in the server OS space for many years now.

By 2018, Amazon Web Service (AWS) from Amazon Inc (NASDAQ: AMZN) remains the most popular cloud infrastructure in the world, powering more than 30% of the world’s applications and websites. If you have been using Airbnb, Netflix or Expedia, you would have been visiting them through AWS.

Other than Amazon, today, other giants in this space are:

The Future of IOT

Lastly, on the software side of things, the Internet of Things would require some operating system as well. As most IoT devices would need to be cloud-based, they will need to be built on some of the major cloud platforms as well. Thus, it shows just how strong the influence and power of these cloud platforms would be when every electronic needs to be connected to the internet.

Here are the companies to watch

If you also believe that the world will be a more connected place in the future? And that more devices would be connected to the internet in the future, then the software giants of the world would play a major part in bringing that vision to reality.

I am certainly a believer in that and I am constantly learning more about these companies as I do see them as the leaders of the software of today and tomorrow.

All these companies are listed on the US stock exchanges. Thus,if you are interested to invest in US equities, you would need a reliable brokerage that would help you in trading and storing all your investments. You can easily access more reports and invest in the US market through a FSMOne account. FSMOne now offers one of the lowest brokerage charges and no custodian fees for storing foreign stocks.

You can also invest in companies listed on the Hong Kong Stock Exchange (HKEX) or the US (NASDAQ, NYSE, NYSE American, NYSE Arca) at 0.08%, subject to the minimum investment amount of HK$50 and US$8.80 respectively.