#This is our exclusive Asia-In-Focus Monthly Report for our email subscribers. This report was first published on the 30th June 2017.

Buy In June And Enjoy The Day

On the 9th June, an analyst at Goldman Sachs, Robert Bouroujerdi, warned that “the $600 billion outperformance by the 5 biggest tech stocks known as ‘FAAMG’ — Facebook (NASDAQ:FB), Amazon (NASDAQ:AMZN), Apple(NASDAQ:AAPL), Microsoft (NASDAQ:MSFT) and Alphabet(NASDAQ:GOOGL) — had contributed about 42 percent of all stock market gains over the last year. Goldman worries that the boom has created a “valuation air-pocket,” similar to the ridiculously high valuations for tech stocks during the Dot-Com boom.”

Interestingly, just 3 days before Goldman Sachs issued that report on FAAMG, its Chief Equity Strategist, David Kostin, went on CNBC live, stating that Tech stocks should continue to do better than the broader market provided “valuations are not excessive”.

But 3 days later, they decided that valuation is extremely? Does it make any sense to follow any of the advice the investment banks or brokerage houses are giving us?

Such is the life of a long-term investor, we have to understand that news is 5% facts, 95% entertainment. It is important for us to know the difference.

Still, that report sent many of the technology stocks down about 5% each over the next few days. Yet ironically, I have been busy buying one of the tech giants over the same period. I think the key difference between the Goldman Sachs analyst and me is our time frame. That is also why I have been buying the shares of Facebook Inc throughout this month.

*Bear in mind if you have bought the stock of Amazon.com Inc at the peak of the Dot.Com bubble in 1999, you would still have made about 1,000% return on the investment for the past 17 years.

While he is more worried about the short-term valuation of the tech stocks and hoping to call a peak to the share prices, I am more interested in what a company like Facebook can achieve in the next ten to twenty years down the road. And interestingly, what is happening in China intrigue me on what is possible for Facebook in the future.

Battle of the Apps: From Copy-Cat China To Innovation Centre

China has been labeled as the copycat of the world in the past few decades. Yet if you still perceived China as just a copycat nation, you might have missed out the greatest opportunity in our lifetime. In many industries, China has now emerged as the innovator in the field. The most obvious industry of them all is the technology space.

This is because China’s internet has evolved isolated from the rest of the world. Their internet is more of a great intranet of China rather than the open internet we enjoyed here. Yet, that restriction has somewhat turned into an advantage for them, as they are able to build the entire internet infrastructure from ground-up. After all, an intranet of 1.3 billion people is still quite a big crowd.

Unfortunately, many of us who are not familiar with the Chinese internet space just see a group of copycats’ companies. For Google, you have Baidu. For Amazon, you have Alibaba. For Facebook, you have WeChat. For Twitter, you have Weibo.

However, if you have used any of these Chinese “copycats”, you might have realized that they are so much more advanced than the “genuine” apps. In the most extreme case, Twitter actually looks like a cheap knockoff of Weibo. 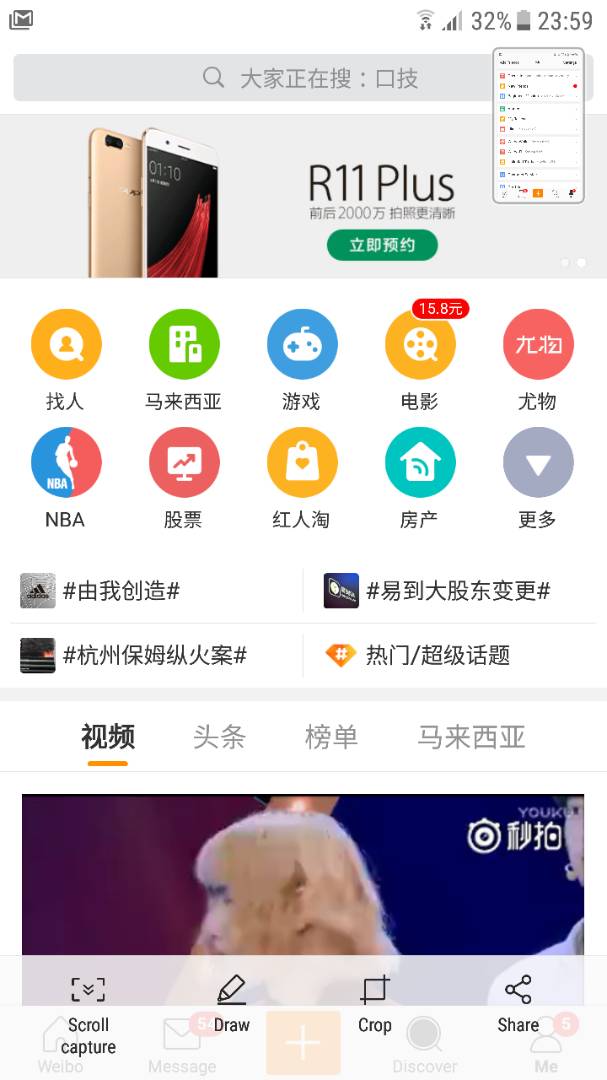 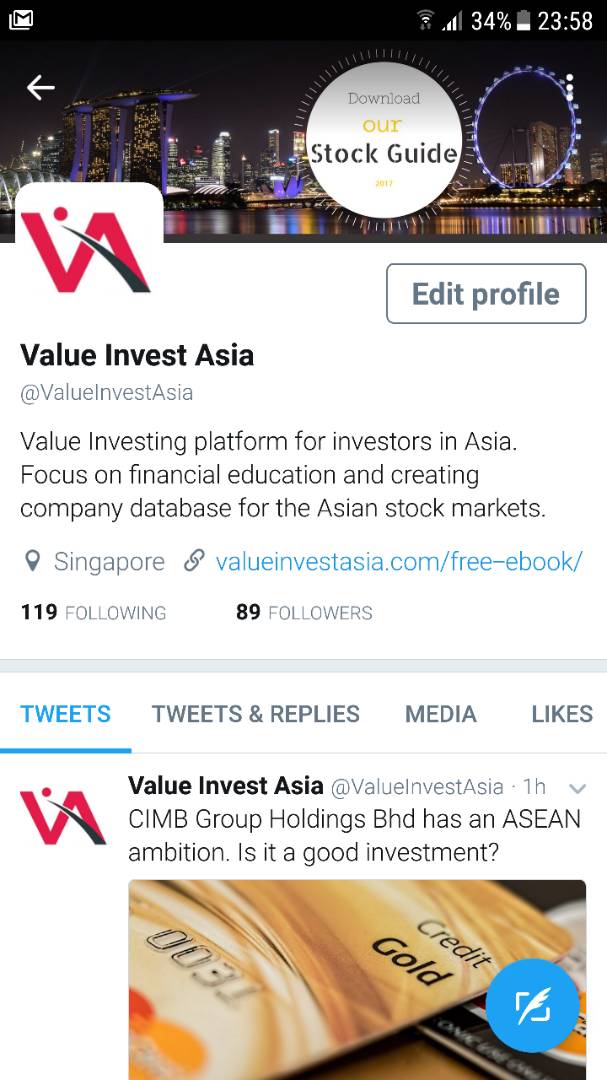 Look To China, Look To WeChat!

Many would agree that the most powerful app in China would have to be WeChat, termed as the “Super” App by many analysts. The app is created by Tencent Holdings, listed on the Hong Kong Stock Exchange. Beside its messaging and social media function, you can do multiple things within the WeChat app. These includes: 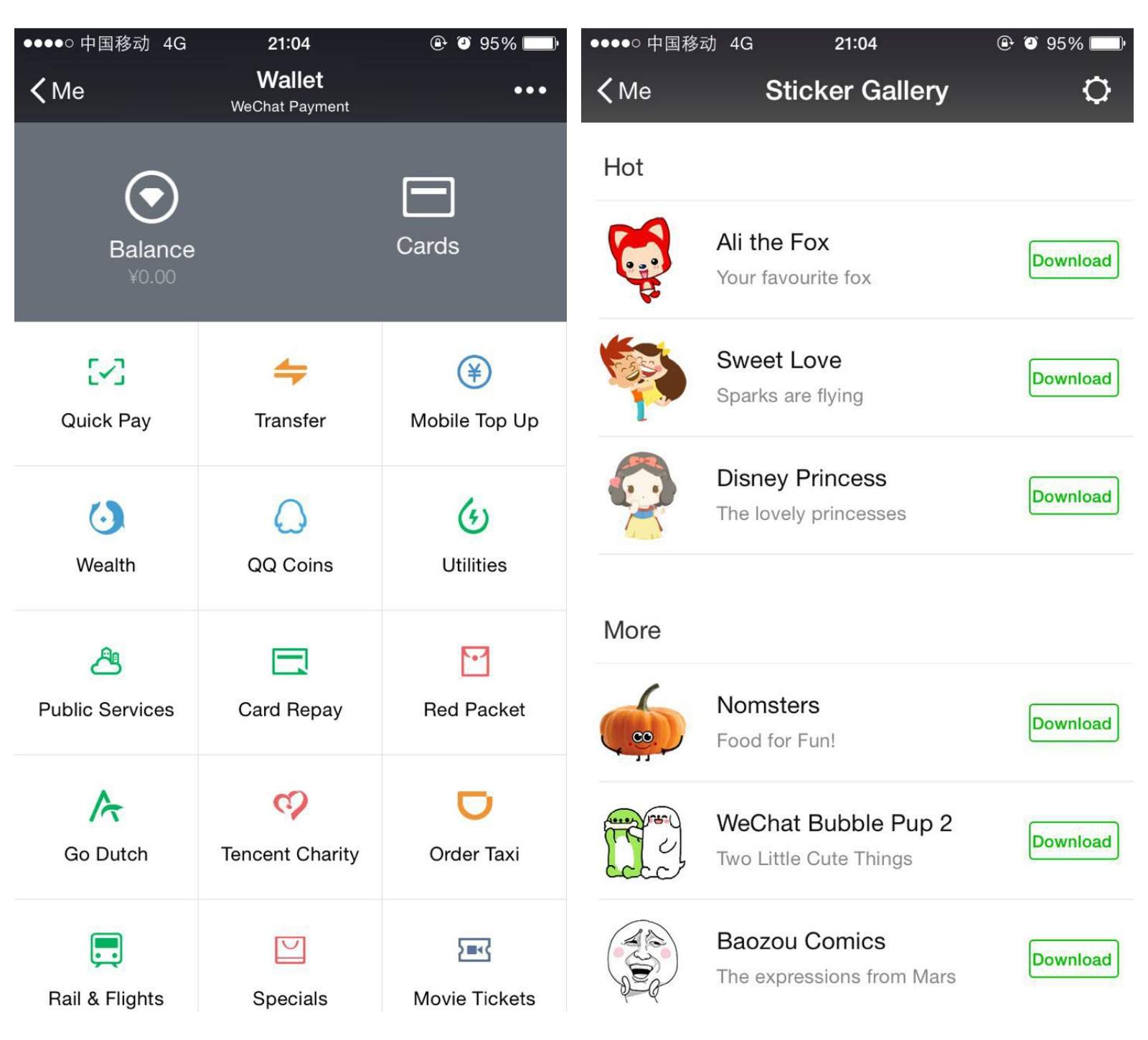 Interface of WeChatIn fact, the list is limitless. This is because WeChat allows developers and other businesses to use its platform to promote and sell their products & services.However, underneath all that, WeChat is essentially a social media platform for users to share and communicate with friends.

If we look at the development in the technology space outside of China, Facebook is essential the largest social media platform in the world. Yet, the functions within Facebook and all its other apps are still far away from what WeChat has to offer. So, this could mean either two things.

Highly Unlikely: WeChat will capture all the users from Facebook globally and introduce what it has done in China to the world.

Possible: Facebook, which already has billions of users within its services, will start copying WeChat and offering simple functions. Its services include Facebook, Messenger, Whatsapp, Instagram and now the latest one Workplace.

From what I see, this is quite a possible future. For one, many small businesses are already promoting their goods and services through Facebook’s apps. More importantly, many users are already using Facebook as their private shopping ground. All Facebook have to do, is to provide a simple payment gateway for the businesses and users to transact within the app. That again, albeit far more complicated, might not be impossible given that advertisers are already paying Facebook directly for advertising spaces within its apps.

Moreover, competitions do not seem to be winning against Facebook globally. WeChat has already expanded overseas and has not seen success in gaining large numbers of users away from Facebook’s apps.

New companies like Snap Inc was trendy for a while. Analysts are calling Snapchat the new social media app that could break Facebook. However, once Facebook added similar features that Snapchat has, Snap Inc’s growth rate dropped more than 80%. In the latest quarter, its daily active users only grow 5%. That is similar to the 4% growth Facebook enjoyed over the same period. The difference is Facebook has close to 1.3 billion daily active users while Snap Inc only has 166 million. More important, Instagram’s active users actually grew more than 16% over the same period to 700 million users. It is on road to be 4th service of Facebook to reach 1 billion users.

*Sidenote: I downloaded all the applications mentioned above and tried to be a user for 2 days. I was so disappointed with Snapchat that I ended up shorting the company. But, that is a story for another day. 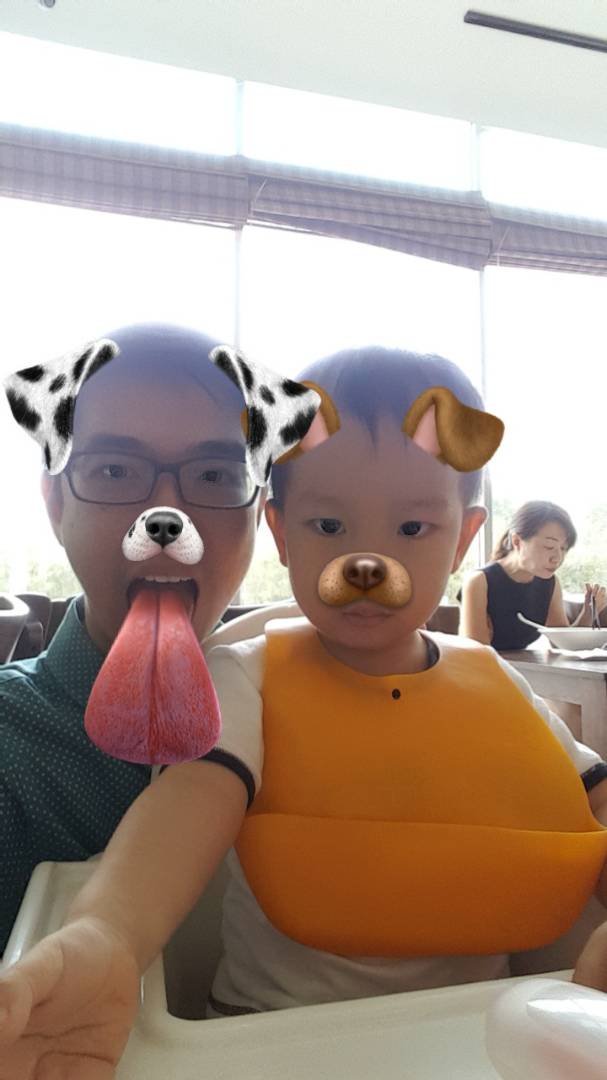 Image from Snapchat: Doing serious research on Snap Inc with my son.

Facebook has shown, again and again, it will protect its user base at all cost. I can’t help but notice that Mark Zuckerberg seems to have the same killer instincts as Bill Gates. They are both relentless at protecting their turf and will go all out to make sure no one comes near to threaten them. Microsoft did it with Netscape in the 1990’s, Facebook has done it against Google Plus and again with Snapchat.

Social media happens to be one of the stickiest platforms for its users. This means that once the users and all their friends are on the platform, it is quite difficult to make them leave. This is unlike an e-commerce site like Amazon or Taobao. I can buy from either platform, but when I want to share that purchase with my friends, I would most likely still share it through Facebook’s services.

So, Facebook has all of us captive. All it has to do is to monetise our attentions.

The threat for Facebook is actually Facebook itself. Technology is going to change how we do things in the future. The disruption process has already started. We see that in the transportation industry, the banking industry and the retail industry.

Facebook has the potential to push these technologies to the rest of the world. The only threat for the company is that it is too slow to capture these opportunities. One thing for sure, if Facebook is not going connect the missing piece for small businesses and the consumers, someone else will.

Till we meet again.
Regards