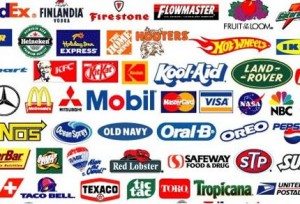 How much does a company’s name say about them? Why is it so important to get the name of a company right?

What’s in a name?

A company’s name isn’t just the grouping of several letters of the alphabet to represent the identification of an entity.

It’s much more than that. If you are in business, the name of your company probably represents one of your most intangible assets. It’s what we call “brand equity”.

Why do companies change names?

Renaming normally indicates a brand new start by the entity – “Out with the old, in with the new”.

Some reasons for a company to change name include:

But in this day and age, this almost never works; everyone would know your history at just the click of a button. Which is a perfect segue to my next point which is – not all reasons have a negative connotation to them.

Some changes are for the best, for example before Google Inc (NASDAQ: GOOGL) came into play, Larry Page and Sergey Brin named their search engine “BackRub”. Only in 1997 did they rebrand it as Google, a play on the word ‘googol’, a mathematical term for the numeral 1 followed by 100 zeros. Imagine if they kept the original name, a common phrase now might be, “let’s BackRub that!” LOL

The following are some other rationales behind why companies do change names:

In 2013, Research in Motion was renamed as Blackberry Ltd (Nasdaq:BBRY) (But it didn’t help that the company was also going through a rather rough patch at that period in time)

In Nov 2013, Freight Links Express was renamed as Vibrant Group Limited (SGX: F01) to better reflect the Group’s new core business activities after the inclusion of the financial services business and real estate business as part of its core operations

By itself, renaming should be considered a neutral exercise and the rationales behind such a move should be assessed on a case-to-case basis.

Although the extrinsic cost is minimal, its repercussions may be infinite and can go in both directions. Thus, one has to analyse the underlying fundamentals and intentions behind this significant corporate exercise.

At least we aren’t “backrubbing” for anything, it just sounds funny LOL