Skip to content
HomeCase StudyBURSA MalaysiaShould We Invest In IJM Plantations Bhd After A 55% Drop?

Lately, I received a question: To answer this question, I would be doing a post-mortem on IJMP, revisiting its fundamentals to find clues of its fall in stock prices. It is unusual for a stock that has good fundamental qualities to experience more than 50% dip in stock price over a short span of time. This comes from my own studies and observations of stock price patterns in relation to its financial performances.

Therefore, here are 10 things to know about IJMP before you invest.

Evidently, IJMP’s fall in stock price has mirrored its continuous drop in earnings especially over the last 8 quarters from Q2 2017 to Q2 2019. 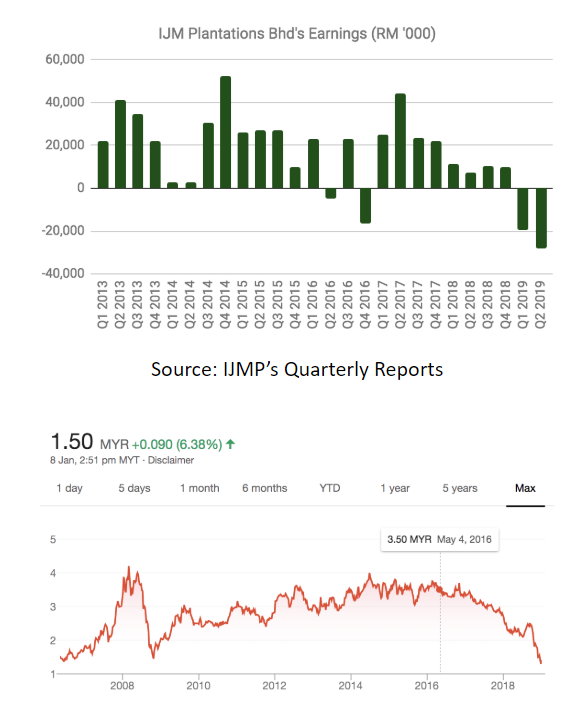 Don’t they tally one another?

Hence, it is a classic example of a drop in profits that had led to its fall in stock prices.

There are three key lessons to be learned from IJMP: