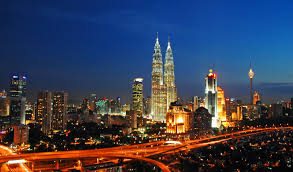 Listed in 2005, UOA Real Estate Investment Trust (KLSE: 5110) invests in a portfolio of commercial properties located at Damansara Heights, Bangsar, and Kuala Lumpur. As of 24 December 2019, its market capitalisation is RM 520.1 million. In this article, I’ll cover on UOA REIT’s latest financial results and valuation figures. Hence, here are 12 things to know about UOA REIT before you invest:

The question is: ‘Is this a good time to invest in UOA REIT as it offers a high 6+% in dividend yields and is now trading at its lowest P/B Ratio?’

Personally, I have learnt that the quality of a REIT should have greater emphasis over its yield and valuation figures. This is because my own purpose in investing is to earn incremental dividends over time. Therefore, from above, with dipping rents and incoming supply of new office spaces from Tun Razak Exchange (TRX) and Bandar Malaysia, it is important to find out what UOA REIT is doing to cope with this challenging situation in the immediate future before investing into it.