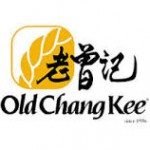 Old Chang Kee’s history dated far back to 1956 when it began as a small stall in a coffee shop outside the former Rex cinema along McKenzie Road.

Since Old Chang Kee’s listing on the Singapore Exchange Catalist Board in 2008, the Group has grown to a company with total revenue of close to S$70 million, with its signature curry puff products remaining the major contributor to its top line which accounted for roughly 31% in FY2013. The Group currently has a wide portfolio of different brands including Take 5!, Pie Kia and Curry Times. Old Chang Kee operated a total of 80 outlets as at March 2014, increased from 58 outlets as at end of 2007.

Despite Old Chang Kee’s failed expansion into China since its IPO, the Group continued to retain its strong presence in Singapore, growing its net asset value from S$0.21/share in FY2009 to S$0.26/share in FY2014. The Group also commands a relatively strong ROE with a 5-year average of 18% between FY2009-FY2014. However, similar to other Food & Beverages (F&B) companies, Old Chang Kee faces stiff competition coupled with a high operating leverage, causing the Group to have a low net profit margin with a range of 5% to 9% over the past 5 years.  That said, OCK does not require much borrowings to run its business.

Mr Han Kee Juan has established Old Chang Kee as a well-known fast food brand, serving from its popular curry puffs to traditional signature finger foods. Despite the Group’s failed expansion into China, OCK still has a strong presence in Singapore a midst stiff competition within the F&B industry.