Value Invest Asia
Home Case Study HKSE - Hong Kong Stock Exchange How We Made 87.2% In A Non-Tech Company In A Year 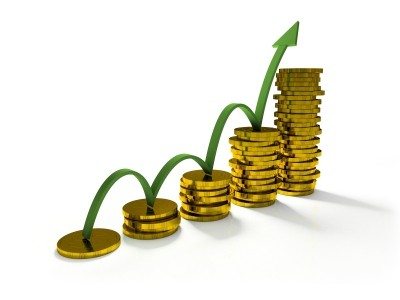 The stock markets around the world have been rallying in 2017. The Kuala Lumpur Composite Index is up about 4% year-to-date. The Singapore Straits Times Index has a much better performance till today at about 15% year-to-date. More impressively is the Hong Kong Hang Seng Index, which rallied about 30% since the beginning of 2017.

Much of the gains are coming from the boom in the technology sector globally. However, that does not mean that there is no value left in the non-tech sector. In fact, we have been able to score a great return over the past year on a simple, consumer businesses that we have invested in.

Here is the story of how we made about 87.2% return on a non-tech company within a year.

Boring Consumer Business
We have been watching Tingyi (Cayman Islands) Holdings Corp (HKG:322) since 2011. It is the largest instant noodle and Ready-to-drink tea producers in China. Their staple brand “Master Kong” is well-known throughout China.

In fact, the company owns about 44% of the market share of the instant noodle market and about half of the ready-to-drink tea (RTD) market in China. The company made more than USD9.1 billion in revenue back in FY2015 when we started getting interested in them.

This is because, in 2016, the company hit some setbacks regarding its succession plan and also some management error in expanding their business. These issues might have caused the company to see their share price dropped from close to HK$ 25.00 per share to about HK$6.50 per share from 2014 to 2016.

After the sharp drop in their share price, we decided to invest into the company as we saw that Tingyi Holdings might just be suffering from a temporary setback and was bound to return to its full potential after sorting out its problems.

The fundamentals of the company remained strong. For example, it is still the largest instant noodle and RTD tea producer in China. Moreover, it is the official Pepsi Cola partner in China and they have even won the rights to sell Pepsi Cola in Disneyland Shanghai, the only Disneyland in the world that is not distributing Coca-Cola.

It has the distribution network for the entire China. For foreign consumer companies wanting to distribute their products, Tingyi Holdings is the perfect partner for them.

At that moment, Tingyi Holdings was trading at least 50% lower than its intrinsic value based on our internal calculation.

Review on that Investment One Year On

We made an investment in Tingyi Holding back in the middle of 2016. Today, the stock has recovered and we have generated a return of about 87.2% for the past one year.

Tingyi Holdings is a classic example of a turnaround situation for us, where we look for high-quality businesses that have just hit a temporary roadblock in their business cycle.