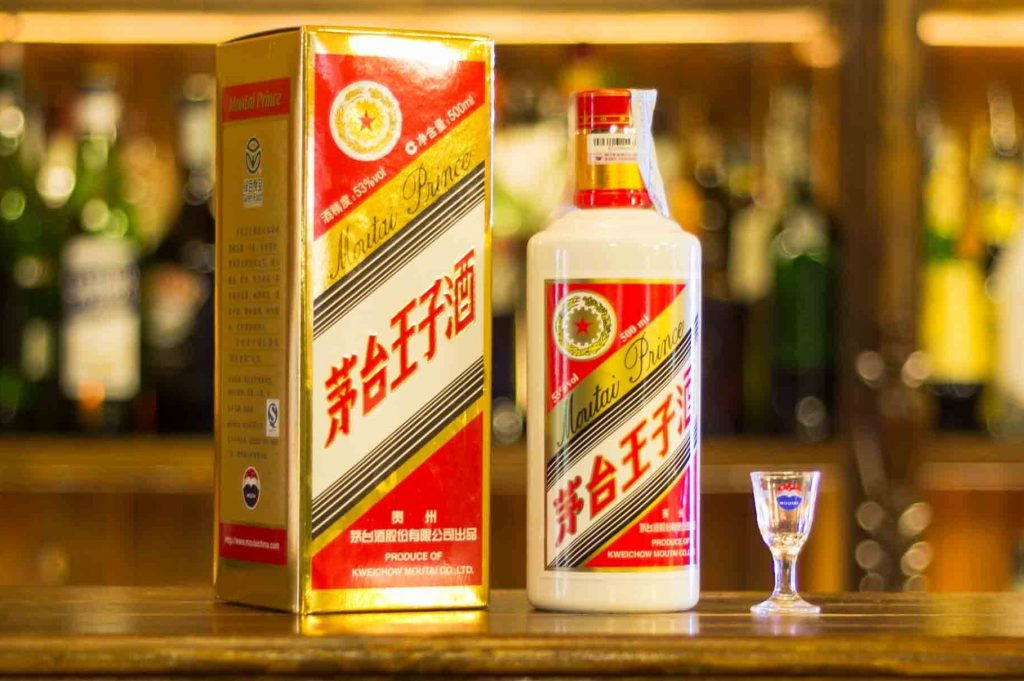 Kweichow Moutai Co. Ltd (SHA:600519) ([stock_quote symbol=”SHA:600519″ show=”name” nolink=”1″ class=”1″]), or better known as Moutai, is China’s most prominent producer of premium-quality baijiu, or Chinese sorghum liquor, selling nearly 23 billion tons in 2016. The company boasts a market capitalisation of RMB 604 billion, as of June 14, 2017. It has surpassed Diageo PLC (LON:DGE)([stock_quote symbol=”LON:DGE” show=”name” nolink=”1″ class=”1″]) to become the world’s most valuable liquor company. The Moutai liquor is frequently served at government banquets, business meetings, and other formal occasions; it has a long history of four hundred years and considered by some to be China’s national liquor. The company in its current form was established in 1999 and listed on the Shanghai Stock Exchange in 2001. It is 65% owned by the Guizhou provincial government in southern China.

Its product has such a high premium to its brand that it is being sold at a gross margin of 91%. Is this company worth investing in? We investigate for you. Here are 7 things you need to know about Kweichow Moutai Co. Ltd before investing.

Kweichow Moutai is the most well-known and popular of the high-end baijiu brands in China, with a market share of 56%. For comparison, its main competitor, Wuliangye Yibin Co. Ltd (SHE:000858) ([stock_quote symbol=”SHE:000858″ show=”name” nolink=”1″ class=”1″]) has a market share of just 33%. Moutai liquor is regularly consumed at formal events such as government meetings and banquets, business meetings, weddings, etc. It has a long history of a brand and a strong reputation for high-quality products. While the 2015 crackdown on conspicuous displays of consumption by government officials caused growth to slow. However in 2016, demand started to rise again, with revenues growing 19% YoY. It indicated the resilience and real demand for its products in China.

Moutai’s distribution network consists of many small middlemen and distributors. The company is less reliant on large distributors compared to its competitors, Wuliangye and Luzhou LaoJiao Co Ltd (SHE:000568) ([stock_quote symbol=”SHE:000568″ show=”name” nolink=”1″ class=”1″]). This gives Kweichow Moutai a strong bargaining power. It has doubled the number of its distributors since 2011 to 2,429 and its direct sales team has grown from 394 people in 2011 to 642 now, giving it significantly larger reach than in the past.

SOE reform could be a catalyst

As a state-owned enterprise, Kweichow Moutai has fewer incentives to operate at optimal efficiency and maximize profits. The management team is not allowed to own shares of the company and so are less incentivized to outperform. However, Moutai has announced that it may launch a share incentive scheme before the end of 2017, potentially distributing shares to top management and core R&D staff. This could incentivize management and motivate them to improve operating efficiency.

Following the Chinese government’s crackdown on corruption in 2012 and a subsequent decline in demand from government customers, Moutai streamlined its distributor network, reducing middlemen and the markups that they placed on Moutai products. Since then, retail prices of Moutai have declined by half, but volume has been growing by at a CAGR of over 14%, which is expected to continue through 2018 and drive future growth. Despite the fact that prices have declined, Moutai liquor is still priced 30-40% higher than its peers and Chinese consumers remain strongly loyal to the brand.

The Chinese government’s crackdown on corruption and displays of conspicuous consumption in 2012 initially slowed growth for the company. Government-related customers comprised 30% of total customers in 2012. However, by 2015 the customer makeup had already changed, with government customers comprising just 5% compared to private companies and individuals, which came to represent 50% and 45% respectively in 2015. Revenue growth resumed in 2016, with net revenues growing 19% YoY.

Since Moutai is a premium product and prices average RMB 800-900 for every 500mL bottle, it is quite expensive for the average Chinese consumer, placing the company promptly in the consumer discretionary category. If the Chinese economy undergoes a broader economic downturn, consumers could tighten their wallets and become more reluctant to splurge on premium alcohol. Other competitors price their offerings at RMB 500-800 per mL and consumers could very well shift their selections to these products.

As a state-owned enterprise, Kweichow Moutai is 65% owned by various entities of the Guizhou provincial government. Asset management firm E Fund Management is the next largest shareholder, owning 1% of total shares outstanding.