In total, the 5 main properties have contributed S$ 56.3 million in revenue, accounting for 69.4% of total revenue of Soilbuild in 2016.

Over the last 3 years, Soilbuild has reported growth in revenue, net property income, and distributable income. It has also maintained its distributions per unit (DPU) at 6.0 – 6.5 cents per annum. 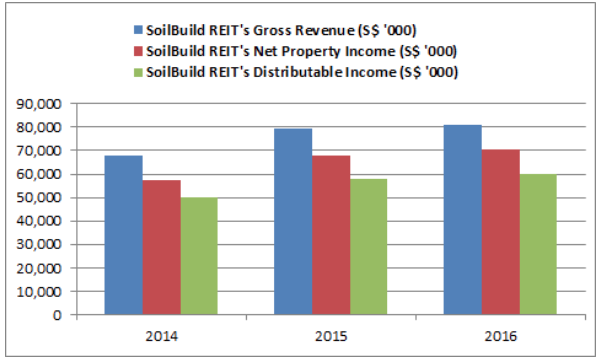 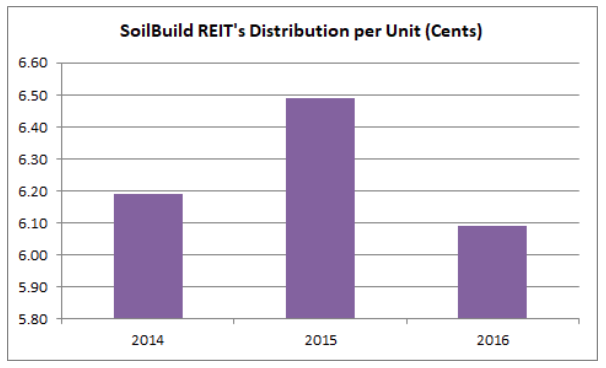 There is no major acquisition or disposal announced by Starhill

Soilbuild REIT has 8 long-term master lease agreements. Their details are as followed:

Soilbuild REIT adopts a distribution policy to declare and pays out at least 90% of its distributable income on a quarterly basis. In Q3 2017, Soilbuild REIT has paid out 1.374 cents in DPU. If Soilbuild REIT is able to maintain its DPU at 1.374 sen for the next 4 quarters, it would pay out 5.496 cents in DPU. As such, its gross dividend yield is expected to be 8.33%.

For further enquiries or to request for additional investment information on Soilbuild REIT’s Investors Relation matters, you may contact:

As at 28 February 2017, the substantial shareholders of Soilbuild REIT are:

Lim Chap Huat is the co-founder of Soilbuild Group Holdings Ltd. He has accumulated more than 38 years of experiences in the construction and property development industry in Singapore. Lim sits in the board as a non-executive director of Soilbuild REIT.