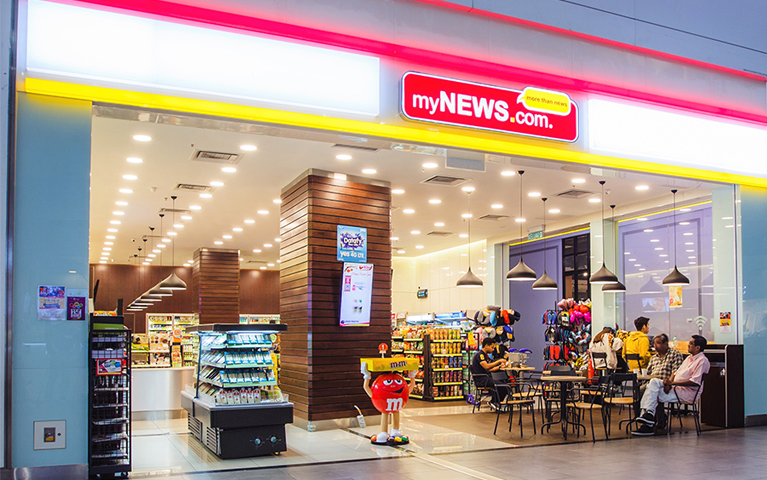 myNews Holdings Bhd (KLSE:MYNEWS) is a fast growing convenience stores operator listed in Malaysia. As of 12 August 2019, myNEWS is valued at RM 995.9 million in market capitalisation. In this article, I’ll bring an account on its developments since listing in 2016, latest financial results and valuation figures. Thus, here are 10 things to know about myNEWS before you invest:

myNEWS operates a large network of retail convenience stores through its brand name ‘myNEWS.com’ and as well as WH Smith outlets located at international airports across Malaysia under a joint venture with WH Smith. As of 21 June 2019, myNEWS’s portfolio of outlets had increased to 483, up from 165 outlets as of 31 October 2013.

In December 2016, myNEWS acquired a semi-detached factory located at Eco-Business Park 1, Tebrau, Johor for RM 3.92 million. It is used as a  warehouse to support logistics functions for its retail stores in Johor. As such, myNEWS is able to free up spaces in its existing facility in Rawang to support its retail stores in Central and North of Peninsula Malaysia.

In August 2017, myNEWS acquired an industrial land together with a 3- storey office block and a 1-storey warehouse for RM 50.0 million. It has moved into its new premises and have started the construction of food processing centre (FPC) on its industrial land. The FPC comprises of two production plants that would manufacture bakery products for its joint venture companies namely, myNEWS Ryoyupan Sdn Bhd and myNEWS Kineya Sdn Bhd.

Since its listing in 2016, myNEWS has generated RM 33.7 million in cash flows from its operations and raised RM 160.1 million in net equities. In that period, it had spent on:

Overall, it has raised its cash reserves from RM 6.4 million in 2015 to as high as RM 23.6 million in 2018. Evidently, myNEWS has placed more of its efforts on expansionary activities, which had resulted in higher sales and profits from 2016 to 2018.

Over the past 12 months, myNEWS has made RM 463.7 million in sales and RM 29.5 million in shareholders’ earnings, which equates to a total of 4.33 sen in earnings per share (EPS). Hence, it has been able to keep up with its growth trajectory recorded over the last 5 years.

Overall, myNEWS has delivered continuous increase in revenues, earnings, and dividend payments to its shareholders since its listing in 2016. Its stock price has increased from 2016 to early 2018 as shown below. However, the rise had stopped and has led into a period of flat movement in stock price till today, as I write. The stock price is trading at P/E Ratios way above 30.0 and is offering almost negligible dividend yields presently.

Why Frontken Corporation Berhad Has Been A 10-Bagger Stock?