Miramar Hotel & Investment Co. Ltd (Miramar) (HKG:0071) is a corporation that is involved in hotels, serviced apartments, retail malls, offices, operations of food and beverage (F&B) outlets, and provision of travel services in both Hong Kong and Mainland China. Listed on the Hong Kong Stock Exchange, Miramar is worth HK$ 10.29 billion in market capitalisation as at 22 August 2019.

In this article, I’ll cover on its latest financial results and valuation figures. Thus, here are 13 things to know about Miramar before you invest: 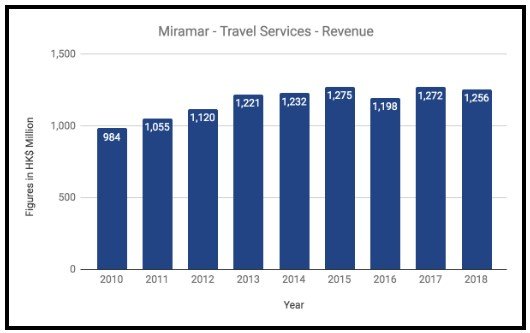 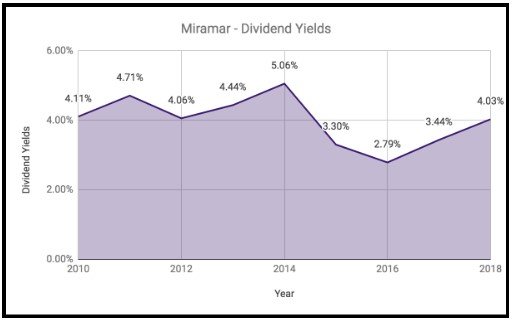 Overall, Miramar has delivered sustainable growth in revenues, profits, and as well as dividend payments to its shareholders. This has contributed to a stable growth in its stock price, lifting its market capitalisation from HK$ 5.2 billion in 2010 to HK$ 10.3 billion presently.

Presently, it is trading close to its long-term valuation averages and is offering a dividend yield of 4.08% per annum.

If you are looking for great stock to invest in, you would be interested in having a look into our “Weapon of Mass Dividend Report” where we highlight five great dividend stocks that you can start you investment with. You can download the E-Book for FREE right HERE.