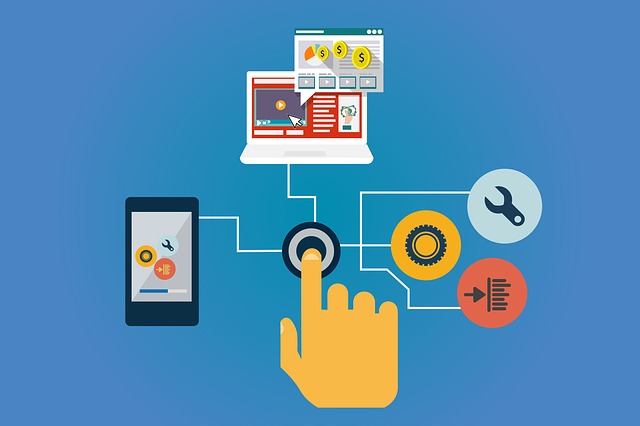 Many Chinese technology stocks have come under pressure over recent months, with several down 30%, 40% or even 50% or more. The Chinese Communist Party has been cracking down on the technology sector’s meteoric rise, and is now asserting control over its growing digital economy.

However, investors may now think the decline has gone far enough, with share of many beaten-down tech giants beginning to rebound slightly this week. One such company was Meituan (HKG:3690). Down 50% from all-time highs to start the week, shares have recovered up to 15% since then, following the release of its latest earnings report on 30 Aug 2021. For Q2 2021, Meituan generated total revenue of RMB43.8 billion, up 77% year-on-year (YoY), beating market forecasts.

Many investors regard Meituan as a food delivery services behemoth, yet it has embarked on several significant investments that could allow it to intrude on the turf of several other tech giants. If Meituan is able to leverage on its advantages in delivery services and succeed in its new ventures, today’s discounted shares could seem very attractive looking out over the long term.

Core businesses are growing and profitable

Notice that while Meituan is primarily known as a delivery company, it actually derives a higher proportion of profits from its in-store, travel and services business, due to the 40% operating margin in that segment. This showcases Meituan’s strategy to acquirer users through high-frequency services like food delivery and then cross-selling higher margin services like travel bookings.

However, Meituan did not make an operating profit in Q2 2021 overall, instead recording an operating loss of RMB3.2 billion entity wise. That is because it is ploughing all of these profits, and then some, into the “new initiatives and others” segment as it seeks to becoming a big-time competitor to other large Chinese e-commerce companies.

Significant investments into “new initiatives and others”

Meituan continued to invest heavily into its new initiatives in the quarter. While revenue grew 114% YoY to RMB12.0 billion, operating losses ballooned to RMB9.2 billion, as the company sought to build out its group buying, instashopping and grocery segments, as well as ride-hailing services.

Meituan Select, the company’s community e-commerce business (or group buying), is its largest investment area in this quarter. Group-buying, in which a community of members team up to buy in bulk for a discount, has become all the rage in China, especially in rural areas.  The company has expanded this line of business in lower-tier markets and is building up its nationwide cold chain logistics network to support the delivery of fresh food products.

However, competition in the group buying business is fierce, as the company attempts to fend off equally well-resourced rivals like JD.com, Pinduoduo and Alibaba. Nevertheless, Meituan’s strong delivery capabilities from its food delivery business could allow it to translate into a high-quality user experience.

Additionally, Meituan continues to build out both its Meituan Instashopping (which offers on-demand delivery of fast moving consumer goods such as cosmetics, beauty products, etc.) and Meituan Grocery (or Meituan Maicai) services (offering delivery of fresh groceries). Both services again leverage on Meituan’s delivery expertise as it grows and expands its range of e-commerce services.

Finally, Meituan re-launched Meituan Dache, its ride-hailing app in July 2021, after apps of Didi Chuxing were barred from registering new users and were removed from app stores. Meituan had previously launched the app in February 2017, but was removed from app stores in June 2019 following sustained losses.

China is now the world’s largest car-hailing market. The country accounted for 13% of global ride-hailing consumption in 2020, with a market size of RMB5.7 trillion, and is expected to grow at a compound annual growth rate of 13% to reach RMB10.6 trillion by 2025. While Didi Chuxing app accounted for about 90% of active user in ride hailing, Meituan’s large 628 million user base could give it an easy way to market and cross-sell these services, making it perhaps a strong challenger in the growing ride-hailing market.

As China continues to rein in some of the country’s largest and dominant internet-based platform to protect free, fair and law-regulated market competition so that new technology upstarts would not be stifled by few dominant players, Meituan could be subject to near-term fines and new regulations which may both help or hurt its businesses.

To comply with the new rules, Meituan will adjust its order dispatch and route guidance algorithms to alleviate pressure on delivery riders. The company will also offer rider protections like smart safety helmets, along with added conveniences like scooter battery replacement and recharging services.

Still regulations are also preventing all e-commerce companies from engaging in unsustainable subsidy price wars, as well as forced exclusivity that large platforms have exercised in the past. That could create an even level playing field for all companies and open up more of the e-commerce space to Meituan’s new initiatives challenge.

With its highly profitable in-store, travel & services segment and its expertise in delivery efficiency, Meituan could be a net beneficiary of regulations, especially if speedy, high-quality service becomes the main differentiator in Chinese e-commerce. Therefore, following the 50% price correction from its all-time high, Meituan is a beaten-down Chinese tech stock to watch.