Mah Sing Group Bhd (Mah Sing) was listed initially as a plastic company on Bursa Malaysia in 1992. Two years later, Tan Sri Leong Hoy Kum has taken a strategic decision as its Group CEO to focus on property development as the group’s main source of income. Today, Mah Sing is a well-known and leading developer in Malaysia. It is valued at RM 2.5 billion in market capitalization.

In this article, I’ll list down 8 quick things that you need to know about Mah Sing before you invest.

In 2016 and 2017, Mah Sing’s growth in sales and profits have slowed. This is evident as it had maintained group sales and shareholders’ earnings between RM 2.9 – 3.0 billion a year and RM 360 – 365 million a year respectively. 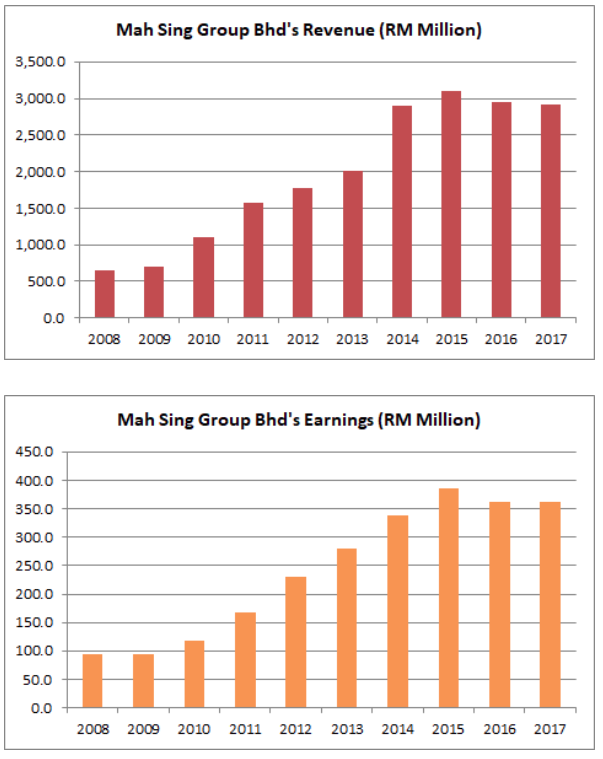 As at 31 December 2017, Mah Sing has RM 787.2 million of long-term debt. It has a total equity of RM 4.65 billion and thus, its current gearing ratio works out to be 16.9%. It is likened to one who long-term debt of RM 16.94 for each RM 100 he owns. Also, Mah Sing has reported having RM 1.14 billion in cash reserves, hence, placing itself into position for future land bank acquisitions.

Here are the key highlights of Mah Sing moving forward in 2018 and beyond:

The board has paid out at a minimum of 40% of its profits after taxes over 12 consecutive years and remains committed to doing so in future years to come.

As at 22 March 2018, the substantial shareholders of Mah Sing Group Bhd and their respective shareholdings are as followed:

His sister, Datuk Leong Yuet Mei is appointed as an Executive Director and his daughter, Jane Leong Jheng-Yi is now appointed as an alternate director to Tan Sri Dato’ Sri Leong Hoy Kum.