March 2017 Edition
Is It Time To Buy Facebook Inc?
If you have been following the news in recent weeks, you know that Facebook Inc has not been having a great time.
With so much news articles discussing the topic, we will not spend too much time on what has exactly happened. You are want to know the full story, you can read more about some of the information here and here. There is also a good podcast on what exactly happened righthere by Recode. The summary of the situation is

This caused Facebook’s share price to drop from close to 20% from its peak of USD185 per share to the current lowest point of USD150 per share, losing around USD90 billion in market capitalization. 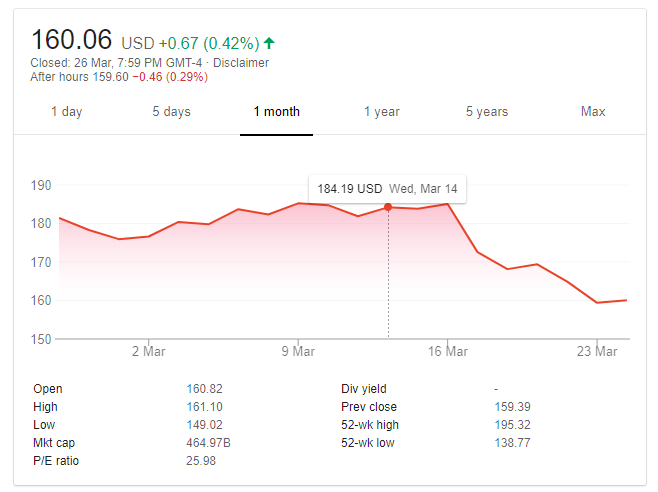 Therein lies the biggest question for the investor; is Facebook a turnaround opportunity or a falling knife?
Let’s explore that question today! But just bear in mind, I am an investor in Facebook so, take my opinion with a pinch of salt! Maybe a soup-spoon of salt.

The Business of Facebook
Facebook is mainly in the business of selling advertising. It owns platforms which allow users to share and connect with one another. As the user base increase, it would allow advertisers to buy advertising slots within its platform.
By creating a platform that allows for easy sharing for users and a platform for app developers to create tools and application to connect with these users, Facebook is able to design an environment that encourages more interaction and sharing between everyone in the community.
With a vibrant community, advertisers would need to bid for a slot to show their advertisement to these users.

Should we really be surprised that Facebook is collecting our data?
Should we? After all, Facebook has never asked a user to ever pay them for the services that they are providing for us.
And if we are not paying Facebook with cash to use its services, we must be paying it using something else. In this case, we are paying it with data, about ourselves. It is no different when we are using our email, searching for an answer on Google, reading free news on Bloomberg and watching Youtube videos. If we are not paying for it, we are the product.
However, this is not something new. We have been practising such business model for decades before the internet comes along. With Free-to-air television, radio, free newspapers and magazines, we are all giving these providers some form of information where they are then sold to advertisers, targeting us.
The internet and Facebook, merely just bring this feature to a massive scale. In fact, we should already be aware that everything we do online, is being tracked one way or the other; from every website you visit (guys, please do take note…), every email you sent, every search you put into Google.

So, every internet company is collecting data about us but it seems Facebook is the main target and poster boy as the “evil of the internet”.
I see the current situation similar to incidents such as the worker abuse incident at Foxconn, the food scandals with KFC China or even Ikea during the horsemeat scandals. These incidents are not isolated cases to these companies but rather an industry-wide issue at the moment.
Yet, these companies are the one that bore most of the blame, mainly because they are the largest companies caught up in the situation. It also shows the dominance of all these companies in the industry as well.
In fact, in all these incidents, these large companies have some of the best control within the industry compared to many other smaller players in the market. Similarly, Facebook has a strict policy in term of guarding its data and controlling leakage. Unfortunately, it is still not perfect enough.

Can Facebook survive this?
What could be the consequence for Facebook? Let’s look at three possible scenarios.

The first two might actually be possible, but highly unlikely it would kill Facebook. Firstly, most of the advertising is happening within Facebook platform anyway, its decision to open up to the third-party developer is more to create a stickier ecosystem between its users and other application. It can limit more information given to the third party developer without affecting the targeting ability for advertisers.
Secondly, Facebook made close to USD 16.0 billion in profit in 2017, would a few billion fines really kill it?
Thirdly, there are indeed users who like to jump onto the bandwagon of abandoning Facebook, but ironically, many of them are switching over to Instagram, (LOL), which is also a property of Facebook Inc. Would we really see a mass exodus from its platform? I guess this question is best answered by asking ourselves, can we live without, Facebook, Facebook Messenger, Whatsapp and Instagram? My bet is, you have at least one of these apps on your phone right now. 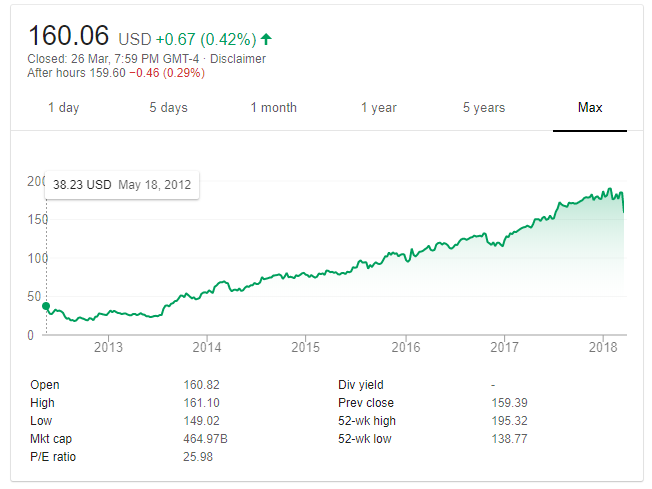 So, what do you think Facebook would look like 5 years from now, after all the dust have settled?
For me, I am rather optimistic about it.

Till the next time we speak,
Regards
Stanley Lim
Editor