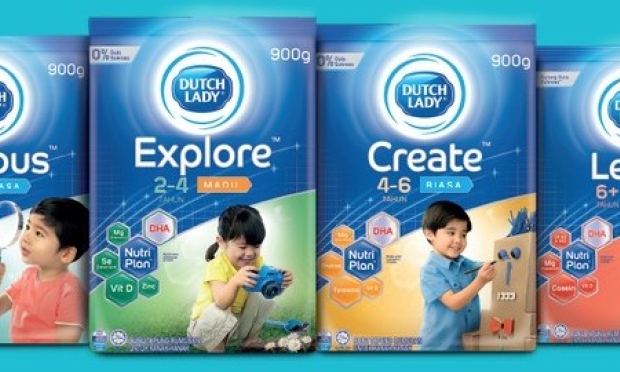 Dutch Lady Milk Industries (M) Bhd (Dutch Lady) has its roots traceable to year 1950. At that time, Friesland, its parent company was exporting dairy products to local importers and wholesalers in British Malaya. Subsequently in 1954, the parent company set up a new trading company in Singapore to sell and market its sweetened condensed milk products in British Malaya.

Shortly after, in 1963, it set up a milk factory in Petaling Jaya and the site, as of today, remains fully operational. The company was listed in 1968. Today, Dutch Lady has solidified its position as the leading dairy company in Malaysia, valued at RM 3.92 billion in market capitalization presently.

In this article, I’ll revisit its fundamentals, bring an update on its latest financial results, and evaluate its investment potentials at its current stock price. Hence, here are 10 things to know about Dutch Lady before you invest.

Dutch Lady has recorded a period of rapid growth in revenues and profits from 2008 to 2013 before hitting a plateau over the last 4 – 5 years. As a result, stock prices of Dutch Lady has mirrored its financial results over the 10-year period.

It is yet another example of stock prices mimicking stock profits in the long run, a testimony of why value investing is an efficient method of investing capital in the stock market.

Question: ‘Is this a good time to buy Dutch Lady?’

Answer: ‘Obviously, stock prices today is valued at its highest P/E Ratio with its lowest dividend yield. So, if you choose to buy today, you are investing in it at a price less attractive compared to its shareholders who bought it earlier at stock prices cheaper than RM 61.22 a share.’

At the end, you’ll call the shots, whether or not, you are willing to accept Dutch Lady at RM 61.22 a share. If not, shop for others which can give better value.