Home Industry Commodity Is Cryptocurrency An Investment or A Speculation? 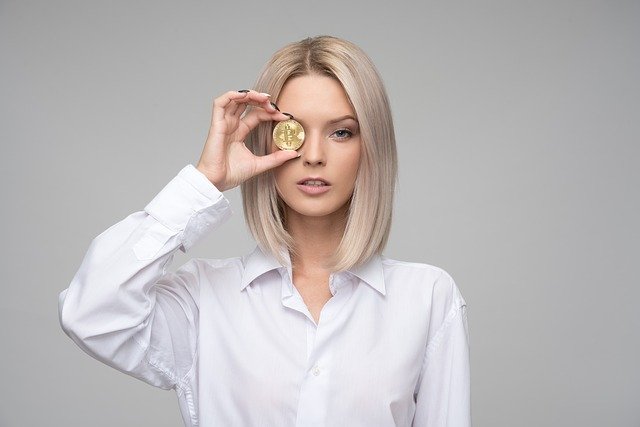 Recently, cryptocurrency or particularly Bitcoin (BTC) is making the headlines again after breaching USD10,000 per BTC.

And the age-old question keeps coming back. Is Cryptocurrency considered an investment?

First things first, let’s get to understand bitcoin, cryptocurrency and blockchain first before forming a personal opinion on whether you should, or should you not invest in them.

What is Cryptocurrency & Blockchain?

Cryptocurrency is a product or an example of blockchain technology. Blockchain is a technological solution that decentralizes information and data-keeping via a ledger method. Sounds complicated? In very layman terms, rather than have a treasurer who holds on to the accounts, records and validates the transactions of a society, the job or responsibility is now held by everyone in a particular society, where at any time one person records a transaction, any other person serves to validate it. It becomes an automated system where each and everyone serves as a witness to every transaction happening rather than putting the trust on one treasurer alone.

Will blockchain provide us with a new turning edge when it comes to handling data? Yes. The potential is promising as the logic and rationale of decentralizing and validation of data by a peer to peer system pretty much makes sense as an improvement versus the current system.

So, does that mean Bitcoin is something you should invest in?

Bitcoin is a cryptocurrency that currently works using blockchain technology as an alternative method of payment. Rather than using an existing currency, it was to be newly formed and coined. The key ideology of Bitcoin was to address an opinion by founder Satoshi Nakamoto. The opinion claims that for current fiat currencies to work, the mass public must believe and trust it.

In very simple words, you, me and everyone else, trust that a piece of paper minted with numbers from $1, $2, $50 or even $,1000 with approval from Central Banks can be used to exchange something else of similar perceived value.

But Nakamoto claims that currency value can be manipulated and full of breaches. When banks raise the debt headroom and print more money, the value or buying power of a currency shrinks. And that is where a very normal situation occurs in a growing economic environment, which is called inflation.

In Nakamoto’s opinion, there is a need for a finite amount of all currencies, to ensure that the value of is not tampered with or diluted down by making more of it.

So, in very layman terms, Bitcoin is more of like a digital version of gold, rather than a currency. History has proved that it is quite impossible to peg the value of a currency to gold.

The Weaknesses of Bitcoin & Cryptocurrencies

Valuation of almost everything under the sun is governed by the law of Supply & Demand. From currencies, commodity prices, art collections, properties, and even limited-edition clothes and shoes, all are governed by the laws of supply and demand.

So what will happen, should the world relies on a finite amount of something like the main key metric of valuing things? We have all gone past the age of carrying actual gold coins, gold bars, to having minted currencies tying their face value to the actual value of gold. With the rate the global population is growing, there won’t be enough gold nor bitcoins to aid transactions and payment all around the world.

To avoid facing such a catastrophe, our ancestors have decided that there is a need to let currencies float. But for other things that can’t be created out of thin air, like the land areas of countries like Singapore and Hong Kong, property prices are always sky high, and it will be almost impossible to own a piece of freehold land. Putting a finite amount of asset into the hands of whoever was lucky enough to be on the early receiving end, just will never make sense in the long run.

2. Not A Value Generating Asset

Cryptocurrency aficionados often boast about investing in the next big thing. The true meaning of investing is to allocate your money into an asset that is creating value. And as more value is created, the asset becomes more valuable, hence providing an investment return.

Bitcoin and other cryptocurrencies sadly, fail to pass this basic criterion.

It does not create value like companies manufacturing smartphones or manufactures products for the consumption of the public while earning profits along the way. It does not even hold a tangible presence, where if you were to forget your crypto wallet password, the value just gets locked, forever unretrievable. And that could potentially push cryptocurrency prices higher due to a sudden scarcity created.

3. The Over-hype of The Prospects of Blockchain & The Bias of Cryptocurrency

No doubt blockchain is considered a major breakthrough in terms of ideology on how data should be kept safe and in order, there is an overhype factor about it, and the bias that if blockchain were to play a major role in our future, cryptocurrencies will eventually replace fiat currencies.

Again, Bitcoin is a product manifested by the idea of blockchain. Since then we have seen thousands of other cryptocurrencies springing to life just by using the same concepts of blockchain with some modifications.

To put things into perspective, the first Bitcoin network was created on 3rd January 2009. 11 years have passed without a hint that cryptocurrencies have the potential nor the advantage to take over the world.

During the past 11 years, a lot of things have happened. The first iPad came out in April 2010, and there are already 7 generations of it (excluding other variations like iPad Pro and iPad mini).

The last chapter of the Harry Potter film series – Harry Potter & the Deathly Hallows Part 2, hit the cinemas in Jul 2011. It used to be the third highest-grossing film of all time. As of today, it is in 13th place.

In 2010, Netflix, Inc. has just started streaming services on top of its main business which is DVD rentals in just the United States of America and Canada. As of today, they are already in film production, with coverages in major parts of the world. The share price has gone up from USD 7 per share to USD 380 as of the time of writing.

The past decade was a time frame where we saw great ideas, solutions shaping the present we have today. It is undeniable that blockchain still has much to offer and the prospects are there.

But it can be a very grave and dire gamble should you choose to allocate a big amount of your wealth on the hope that cryptocurrency will benefit along with a major rollout and possible implementation of blockchain into our lives.