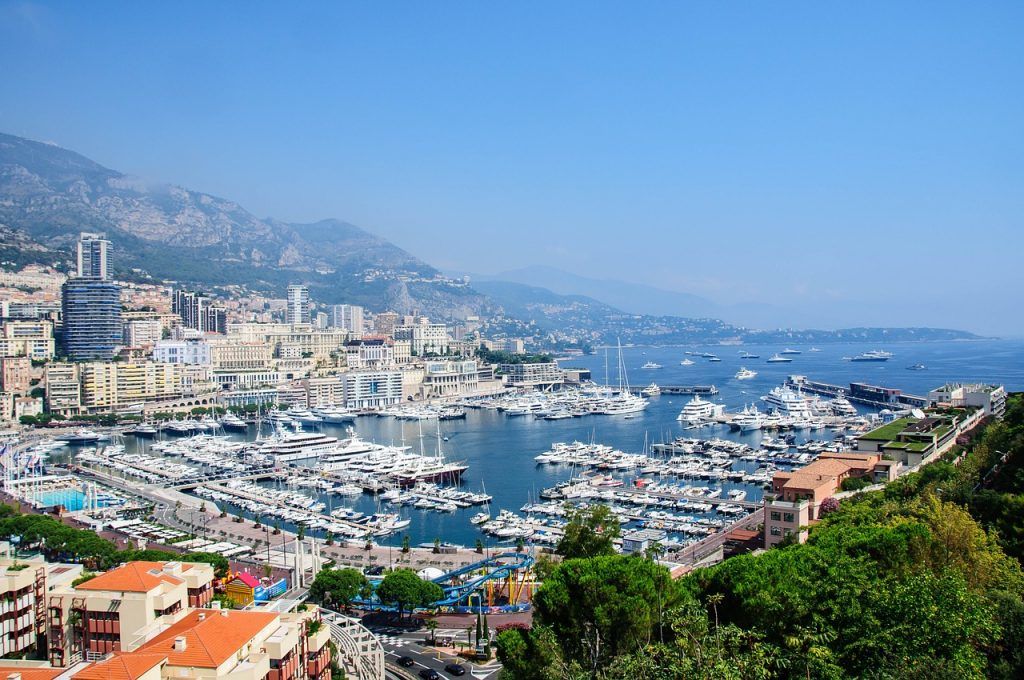 Listed on the Main Board of the Singapore Exchange in March 2011, Hutchison Port Holdings Trust (NS8U.SI) was the world’s first publicly traded container port business trust and also the first entity to launch dual currency trading of its units in early 2012. The Trust was subsequently admitted into the Straits Times Index on April 2013 and remains one of the top 30 companies on the Main Board of the SGX.

Hutchison Port Holdings (HPH) Trust mainly invests in, develop, operate and manage deep-water container ports. The bulk of the revenue is from rendering of port and related services such as handling the containers that arrived on the ports and managing the movement of containers to optimize the flow of the goods.

The trust has terminals strategically located in Kwai Tsing in Hong Kong and Shenzhen in China which are ranked the 3rd and 4th busiest port in the world respectively based on the number of containers arriving the port or leaving the port which also referred as throughput Twenty-foot equivalent unit (TEU). 57.8% of its revenue is from its operation in Mainland China and the remaining is from Hong Kong.

HPH Trust’s Container Terminals are strategically positioned in Hong Kong and Shenzhen. As of 2014, the trust’s ports located in Hong Kong and Shenzhen were managing 71.1% and 48.6% of the total throughput in the respective locations. The ports also have natural deep-water ports which provide them the capability to accommodate even the largest ships (Malaccamax vessels) that can pass through the Straits of Malacca which only 9 ports in Asia could accommodate. Furthermore, the trusts has rights to operate granted by the respective government authorities with operating periods that end from 2038 to 2055.

The trust has established its reputation due to its track record in the Pearl River Delta. The Portfolio Container Terminals are one of the trusted terminals to handle mega vessels that not only requires deep-water ports but also skills and the necessary equipment. During its recent tariff negotiations, the trust is able to increase the overall tariffs by approximately 5%, which will translate into an increase the average selling price of the services produce.

HPH Trust’s performance will be highly affected by the economic performances of US and Europe. 41% of its services are provided to customers from US and Europe. The revenue during its first quarter has a 0.1% growth as compared to last year’s first quarter results mainly due to labor dispute at U.S. West Coast ports and weak Eurozone economic activity. The Trust’s revenue picked up when U.S. trading activity recovered in the second quarter. With the mixed global trading outlook, it is hard to be certain about HPH’s performance in the near term. This may pose a threat to the trust because if the throughput volume is low, it will cause the subsequent tariff negotiations to be more difficult.

In 2013, the company took up a huge sum of loan to finance the acquisition of ACT. Its Free Cash Flow/Interest Expense ratio has dropped from 0.08 in 2012 to 0.02 in 2013 due to the uptake of loan. Although the trust’s ratio improved in 2014, due to the one-off proceeds on disposal of subsidiary companies, moving forward, the ratio might worsened again if the company is not able to deleverage. This will effectively provide a downward pressure on the amount of dividend being paid out until the trust deleverage.

3) Strong competition in the region

China Merchants Holdings International (CMHI) and COSCO Pacific are HPH’s competitors that operate in the same region. CMHI has container terminals located in Kwai Tsing, Hong Kong and also ports in Shenzhen. While, COSCO has a JV with HPH in Kwai Tsing and also ports in Shenzhen. This may pose a threat since these terminal are located near HPH’s ports and offer similar services. Other than that, CMHI and COSCO also has operations in different parts of China and also terminals in other countries which provides them a greater exposure if there is growth in the region and also other parts of the world.

All views and opinions articulated in the article were expressed in Chan Chean’s personal capacity and do not in any way represent those of his employer and other related entities.