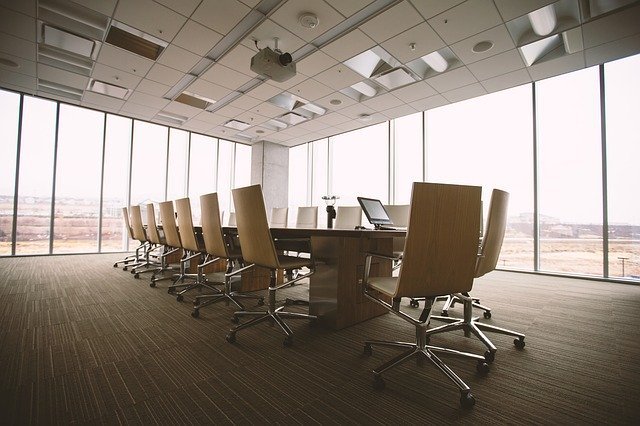 Recently shareholders of AirAsia Group Bhd (KLSE: AIRASIA) and Atta Global were shocked to learn that key executives in their respect companies were caught up in claims of severe misconduct.

Last week, AirAsia’s name came up in a UK court judgement for a corruption trial involving aircraft manufacturer Airbus SE (EPA: AIR), in which Airbus allegedly bribed two unnamed executives – dubbed as “key decision makers” at AirAsia, by providing some US$50 million in the form of a sponsorship for a sports team owned by the two executives, in exchange for purchasing Airbus aircraft. Shares of AirAsia Group and its sister company AirAsia X slumped after the news broke. Co-founders Tan Sir Tony Fernandes and Datuk Kamarudin Meranum have since relinquished their executive roles while authorities probe the bribery claims.

Separately, Atta Global has suspended executive chairman Ooi Chieng Sim, after he was among eight men charged with drug trafficking at the Magistrate’s Court in Bukit Mertajam. These eight men were accused of trafficking 4,980 grams of methamphetamine at a warehouse by the side of Atta Global’s premises in Perai Industrial Estate. Police seized several of Atta Global’s properties in Penang and luxury cars in connection with its investigations. Share of Atta Global and Heng Huat Resource (where Ooi is also executive chairman) were suspended since January 16.

Accusations aside, the two incidents highlight the importance of having a good understanding of the people running the business, before you buy shares of any company. This is especially crucial in Asia where the majority of listed companies are owner-operated. Managers that are dishonest and incompetent can cause a business to lose value over time, and as investors, you would have suffered massive losses and opportunity costs if you had invested in such companies. How can we then avoid such mistakes? Well, below are five examples of management actions that could potentially undermine a company, and in turn, your investment.

Be wary of managers who write themselves a big pay cheque when the company is producing mediocre or poor results. In doing so, they are focusing on their own interests (i.e. maximizing their compensation package) at the expense of shareholders.

At the company’s 2018 annual general meeting (AGM), Sapura Energy Bhd’s (KLSE: SAPNRG) chief executive officer (CEO) Tan Sri Shahril Shamsuddin survived a bid by institutional investors to oust him as director and CEO amid unhappiness over this total pay package of RM71.92 million for the financial year ended 31 January 2018. Shahril’s remuneration of RM71.92 consisted of RM7.24 million in fixed monthly salaries (and other emoluments), RM55 million in performance bonuses, RM9.34 million under the defined contribution plan and RM348,000 for benefits-in-kind. To put things in perspective, the company recorded losses of RM2.51 billion for the same year.

Shares in Top Glove Corporation Berhad (KLSE: TOPGLOV) plunged in July 2018 after the company announced its acquisition price of surgical glovemaker, Aspion, from Adventa Capital could have been overstated by as much as RM714.90 million. Top Glove claimed that Aspion directors, Low Chin Guan and Wong Chin Toh had conspired to defraud and deceive it unto acquiring Aspion for RM1.37 billion. It took legal action against Adventa Capital, Low and Wong after discovering financial irregularities in Aspion’s balance sheet following the completion of the acquisition three months earlier in April 2018. Moreover since the integration, Aspion has yet to produce a significant profit for the group, at least not up to Top Glove’s expectations.

Mergers and acquisitions must be considered cautiously. No matter how good a business, if you overpay for it, it could turn out to be a poor investment. It would be too late to have buyer’s remorse once an acquisition is completed.

In August 2019, Genting Malaysia Bhd (KLSE: GENM) announced that it had signed a term sheet to buy the stake in Nasdaq-listed Empire Resorts from Kien Huat Realty, a company controlled by Genting’s founding Lim family. Minority shareholders raised concerns of earnings erosion since Empire Resorts has been posting net losses since 2015, and the acquisition price of US$129 million implied a premium to book value.

Genting Malaysia defended its decision to invest in Empire Resorts, saying the deal would place the company “in a position to more deeply access the New York market and provide both Genting Malaysia and Empire Resorts the opportunity to compete more effectively in the northeastern US region’s current competitive gaming landscape.” Time will tell if the acquisition was wise and indeed earnings accretive.

At its core, WeWork is a real estate company that leases long term office space in order to rent it to others in the short term. However, the company presented itself as a “tech company”, and persuaded prospective investors to buy in to its vision of becoming the “largest physical social network in the world” and a company that “elevates the world’s consciousness”. Its chief financial officer, Artie Minson even urged investors to view losses as “investments”, when the company reported a loss of US$264 million in the first quarter of 2019.

Losses can be an inevitable part of starting and growing a business – a fact that is widely understood in the investing community. That said, it is important for a company’s management to be honest and forthright about these losses, and to demonstrate a path to profitability. Don’t let management charm you with unrealistic ideas and take you for a spin.

Wells Fargo & Co (NYSE: WFC) was regarded for years as one of America’s best banks. Then, in 2016, its pattern of wrongdoing became public. The bank admitted that employees had opened as many as 3.5 million phantom accounts in customers’ names to meet stratospheric sales goals. It also admitted forcing customers to buy unneeded auto insurance and charging improper mortgage fees.

The scandal has been costly for Wells Fargo. Its CEO was pushed out. The bank has paid more than US$1.5 billion in penalties to federal and state authorities and US$620 million to resolve lawsuits from customers and shareholders.

There are several ways you can do your research on management. You can read about your managers in news articles or study their track record from annual reports. You can also listen in on interviews and company earnings calls or even ask management questions face to face in an AGM. And if you spot one or more of these management red flags, reconsider your investment.