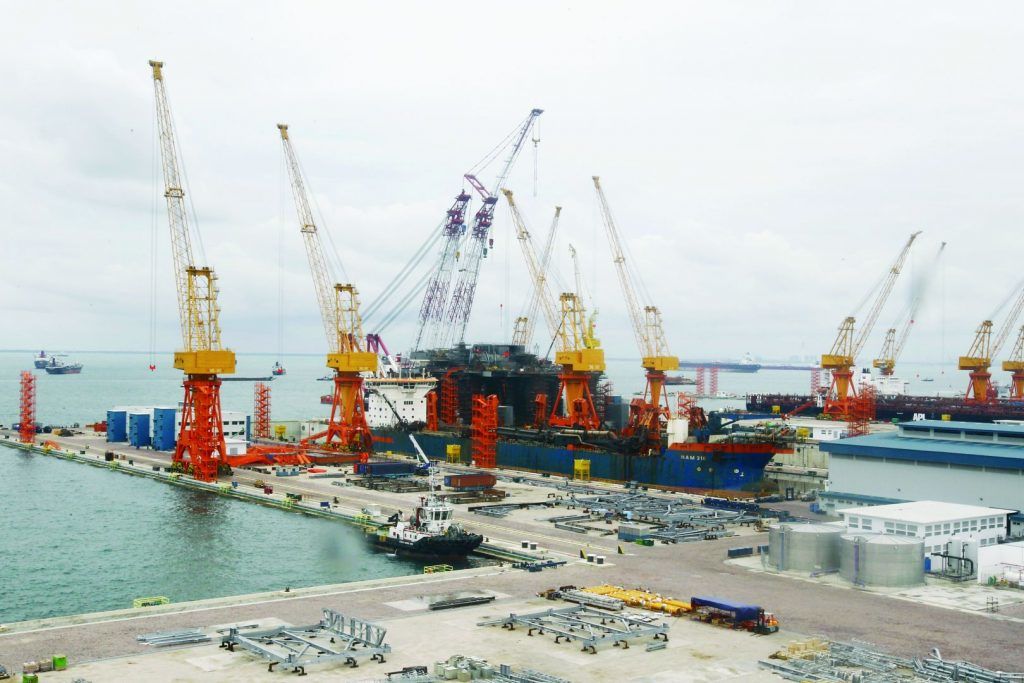 With our recent highlight on SGX listed Offshore & Marine players, since Willie had previously touched on Keppel Corporation Ltd (SGX:BN4), we felt that it was fitting to bring in their competitor, the second largest jack-up rigs producer Sembcorp Marine Ltd (SGX:S51).

2013 also the 50th anniversary for them, Sembcorp Marine definitely wasn’t a new kid on the block yet they have still strived to improve their operations. An example was the recent opening of Sembmarine’s Integrated Yard @ Tuas with the event graced by the Prime minister of Singapore Mr Lee Hsien Loong on 6 Nov 2013. This 73.3 hectare new yard was just phase 1 of their planned 206 hectare new yard! This would enable Sembcorp Marine to serve a wide range of vessels and rigs!

What Does Sembcorp Marine Do?

Sembcorp Marine’s breakdown in terms of Revenue for their top 3 segments was as follows: With Rig-building at the core of their operations (65% of FY2013 Revenue), it was of no surprise that they were heavily affected by the drop in crude prices with a perception of lower demand for their services resulting in them being in the bottom 3 performers of the STI in 2014.

In Asia, It’s Important To Know Who The Majority Shareholders Are. So Who Owns Sembcorp Marine?

An interesting fact was that 99.15% of shares were held by investors in Singapore!

With Sembcorp Marine having close to a 28% drop in share prices for 2014 (That was close to a S$2.6 billion wipe out of market value!), does this present an opportunity for investors?

Find out more from our recent article “Are There Any Opportunities With Oil’s Recent Plunge?” 🙂