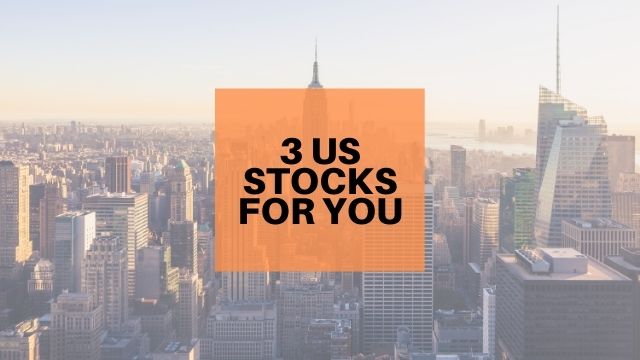 George Foreman, an American Boxer said: “The question isn’t at what age I want to retire, it’s at what income.”

But how do you create an income big enough in your portfolio to live off safely in the future?

You see, one good way is to pick large, stable companies which are growing year after year.

And compared to bonds or fixed deposits, these companies help create a higher income in today’s low interest-rate environment. They not only grow dividends year after year but also grow in value over time.

Your money is not only safer this way, but what’s more important is these solid companies help you live on a passive income in retirement.

Here are some of the biggest US companies you need to be looking at if you want to build and grow your wealth safely for retirement.

Johnson & Johnson’s is one of the world’s largest healthcare companies.

They don’t just sell baby care and oral products, but they are big in pharmaceutical products, medical devices and other healthcare-related diagnostics.

In fact, their drugs and device business make up 80% of their sales and allow them to generate solid cash flow.

Johnson & Johnson’s, in my opinion, has probably one of the best competitive advantages in the healthcare industry. This is because they not only have strong branding but have a diverse range of consumer products that contribute to their sales.

You see, not one product dominates their sale. And because of their reputable brand, they can maintain strong pricing power.

What’s even better is its stock has performed steadily well, achieving a steady 126% return over the same period.

With a wide range of reputable products, Johnson & Johnson’s is a healthcare giant that’s looking to continue growing year after year.

Home Depot is one of the world’s biggest home improvement retailers, with close to 2,300 warehouse-like stores selling the US, Canada and Mexico.

It has more than 30,000 products and has around 1 million products placed online.

Some of Home Depot’s products include lawn and garden products, decors and home equipment tools.

Now, home improvement is a huge business, especially in the US.

According to Home Improvement Industry Statistics, home improvement and renovation hit more than USD350 billion in 2018 and is expected to continue growing.

This is why Home Depot’s sales almost doubled from USD68 billion in FY 10/11 to USD110 billion in FY 19/20. Its strong sales are supported by an aging US housing market, and it’s common for higher income homeowners to remodel and conduct improvement work more frequently.

One big concern with retailers is always the e-commerce threat.

Now, it’s interesting to note that US home improvement is well-protected against online disruption, considering many products tend to be extremely bulky. And this adds to the cost of shipping.

In my opinion, many customers tend to enjoy the “in-store” specialized staff knowledge which is usually hard to replicate online.

These strengths help Home Depot achieve an outsized-returns on invested capital (ROIC) of more than 30% on average.

As a result, Home Depot’s free cash flow could grow massively from USD3.5 billion to USD11 billion over the last ten years.

Income investors looking to grow their wealth will like this. What’s even better is its dividends growing from a mere USD0.94 per share to USD5.44 per share during the same period.

Now, with the Covid-19 pandemic, and the ongoing “work-from-home” movement, it’s likely that more people are willing to spend more to make sure their “new” working environment integrates well in their personal living space.

The company is the largest sports footwear and apparel brand in the world.

Nike prides itself on its solid brand power it’s built over the years. Since its founding in 1964, the brand grew to be a sportswear powerhouse.

In fact, some of its performance sports shoes are the most expensive on the market. Its shoes could sell for between US$170 to more than US$1,000 on online retail stores.

Whether it’s running, playing basketball or soccer, it’s easy to spot someone don a Nike on themselves.

Today, with more than 400 factories across 40 countries pumping out its shoes and apparels, Nike’s sales hit US$37 billion in its latest fiscal year 2020 ending May.

What’s even better is Nike also consistently returned cash to shareholders through its buybacks. In June 2018, Nike announced its US$12 billion buyback program. So far, it has reduced its total shares outstanding by 20% over the past ten years. Which means an investor owning a single Nike share would have received a much higher value over the past ten years.

With a niche brand in the sports shoes and apparel market, Nike is still a consumer giant which will see earnings growing for years to come.

And there you have it, these three safe US stocks can get you started building your wealth for a long-lasting income.

Sometimes, investing can be simple.