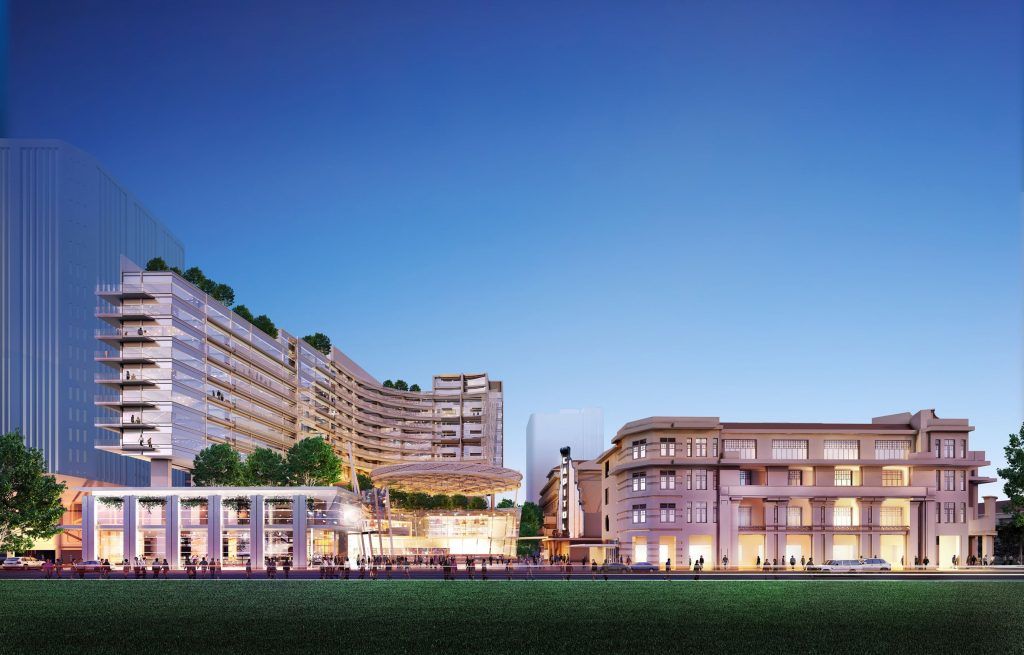 The Group was formed through a reverse takeover of St. James Holdings Ltd (previously listed in the Catalist-Singapore) in which the transaction was completed in 4Q2014. Currently, Perennial has a total asset size of S$4.4 billion and a market capitalization of S$1.36 billion with a portfolio of strategically-located mixed-use developments under its belt.

The Group’s Singapore portfolio comprises mainly iconic assets such as Chijmes and TripleOne Somerset. Including the acquisition of a 31.2% stake in AXA Tower with the transaction to be completed in Apr 2015, Perennial will manage 7 of these assets located mainly in the central part of the island city. The Group is currently developing a series of prime integrated developments in key Chinese cities such as Chengdu, Xi’ An, Foshan, Shenyang and Beijing. The developments are expected to complete over the next few years which would be expected to start generating stable income for the Group: Some of the key highlights of Perennial’s development is that the Group will own the 2 largest High Speed Rail (HSR) commercial hubs, which are:

It is also worth noting that Perennial Real Estate Holdings is also managed by Mr. Pua Seck Guan, a veteran with more than 20 years of experience in the property market. As a CEO and Executive Director of the Group, Mr. Pua has an extensive record and experience in Asia with a specific focus in the retail property sector. Moreover, he was also regarded as a REIT pioneer in Singapore, being instrumental in creating and managing local REITs such as CapitaMall Trust (SGX: C38U) and CapitaRetail China Trust (SGX: AU8U).

Having an interest in China’s retail property market? Perhaps, have a further look into this Singapore & China focused real estate player.

The information provided is for general information purposes only and is not intended to be any investment or financial advice. All views and opinions articulated in the article were expressed in Willie’s personal capacity and do not in any way represent those of his employer and other related entities. Willie owns shares in Wilmar International Ltd mentioned above.