Founded in the late 1990s and listed in 2000 on the SGX, Food Empire Holdings (FEH) is a global branding and manufacturing company which produces instant beverages, frozen packed food and snacks. Its MacCoffee brand is currently the Group’s flagship brand and is one of the leading 3-in-1 instant coffee brand in the Group’s core market in Russia, Ukraine and Kazakhstan. Since its public listing, FEH has been recognized as one of the “Most Valuable Singapore Brands” by IUE Singapore while its MacCoffee has been ranked as one of the “The Strongest Singapore Brands”.

FEH produces instant beverages, frozen packed foods and snacks. Its revenue segments can be split between beverages, non-beverages and ingredients.

FEH has recently moved into the upstream segment (<1% of FY2014 revenue), selling raw ingredients such as instant coffee powder and non-dairy creamer to other food manufacturers.

*FEH turned into an operating loss in FY2014.

Traditionally a tea consuming country, Russia has seen its fair share of growth in coffee consumption over the past 20 years. In 2014, Russia imported around 4.7 million 60 kg bags of coffee, doubling its level in 2000. Over the past 10 years, FEH’s revenue grew at  CAGR of 8.5% to arond US$250 million as at FY2014.

FEH has been building its brand awareness in its core markets, sponsoring not only sports events such as the Russian Premier League, ice hockey games and have been actively participated in food expos in order to create its brand awareness. Its flagship brand, MacCoffee has also won the Golden award in the “Coffee Drink” category of the annual “Top Popular Brand” contest held in Russia on 25 Oct 2013. It typically spends around 15% of its revenues on advertising and promotion (A&P) building its brand. This has worked well for the Group and has placed FEH to be one of the leading 3-in-1 instant coffee players in Russia and Ukraine.

Group has plans to diversify into the upstream business, having built a non-dairy creamer plant in Malaysia and instant coffee plant in India. Both plants were recently completed with utilization rates expected to be brought up to optimal levels.  As at 9 months ending Sep 2015, revenue contributions from its other markets (i.e. SEA and non-dairy creamer plant and snack factory Malaysia) grew to US$44.8 million, up82.6% yoy over a year earlier.

Most of the Group’s revenue is derived from Russia and Ukraine, in which both currencies have seen a sharp depreciation of 123% and >200% respectively over the past 2 years due to political turmoil. Going forward, the Group has taken steps to hedge against FX losses via forward contracts. This should help mitigate local currency depreciation.

Economic slowdown in the Russian and Ukraine economy plus increasing inflationary pressure might put  FEH’s core markets into a stagflation.

As at 9M2015, the Group has around US$23.2 million in cash against total borrowings of US$44 million in total borrowings. Given the weak external environment which FEH operates in, it might undergo liquidity constraint if it continues to impair some of its trade receivables due to FX losses. 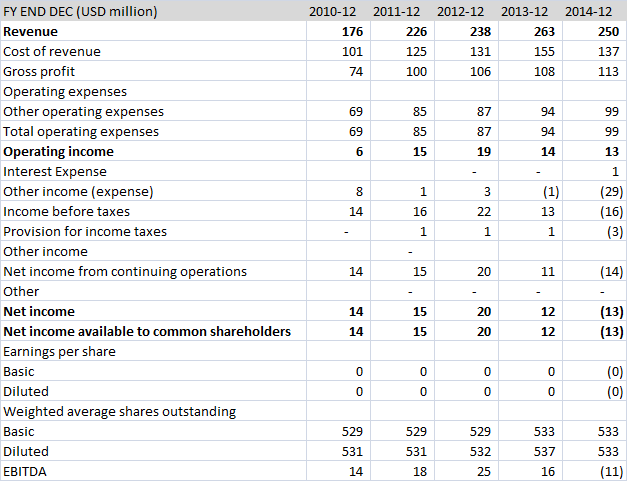 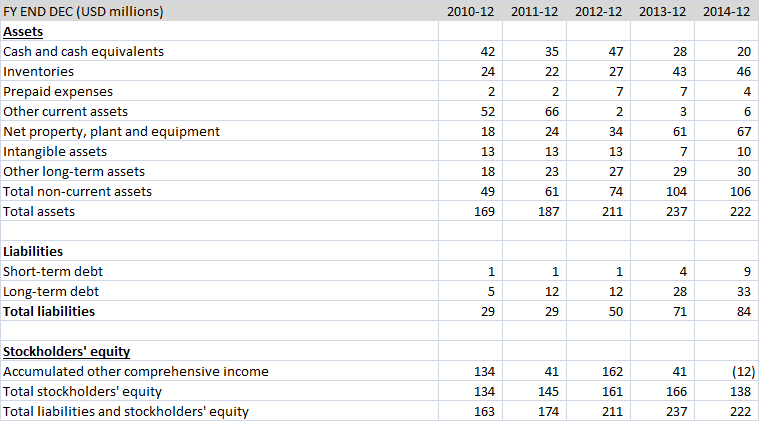