The business of Digi.Com is fairly similar. It provides mobile telecommunications services for consumers in Malaysia. It charges customers through a prepaid and postpaid models. It generates revenue mainly from these four segments:

The company serves about 11.4 million subscribers as at the end of 2014. Currently its 3G and LTE services cover 86% and 32% of the country’s population.

Digi.Com Bhd has been focusing on making internet a core service for its customers. Over the past five years, it has seen the internet segment becoming more significant to its overall revenue. In term of its blended average revenue per user (ARPU), internet services has increased its contribution from just 9.6% in FY2010 to 27.7% in FY2014.

Within a year, Digi.com saw its smartphone users on its network raised from 38% in FY2013 to 49.3% in FY2014. As the smartphone penetration in Malaysia increases, the growth in its internet services should benefit as well.

Although the company has consistently been growing its revenue and profits, it is not without risks. Over the past few years, its ARPU has been declining. This comes as mobile users move from using traditional services such as voice and messaging to simply relying on applications on their smartphone for these feature. Therefore, much of the growth in its internet segment is offset by the drop in revenue in both the voice and messaging segments. Voice contribution in the ARPU has declined from 71% in FY2010 to just 61.7% in FY2014. Messaging contribution fell more severely, from 16% to just 8.5% over the same period.

If Digi.com, and other telecommunication companies, are not able to find new ways to generate revenue from their users, they might face structural decline in their business model over the longer term. 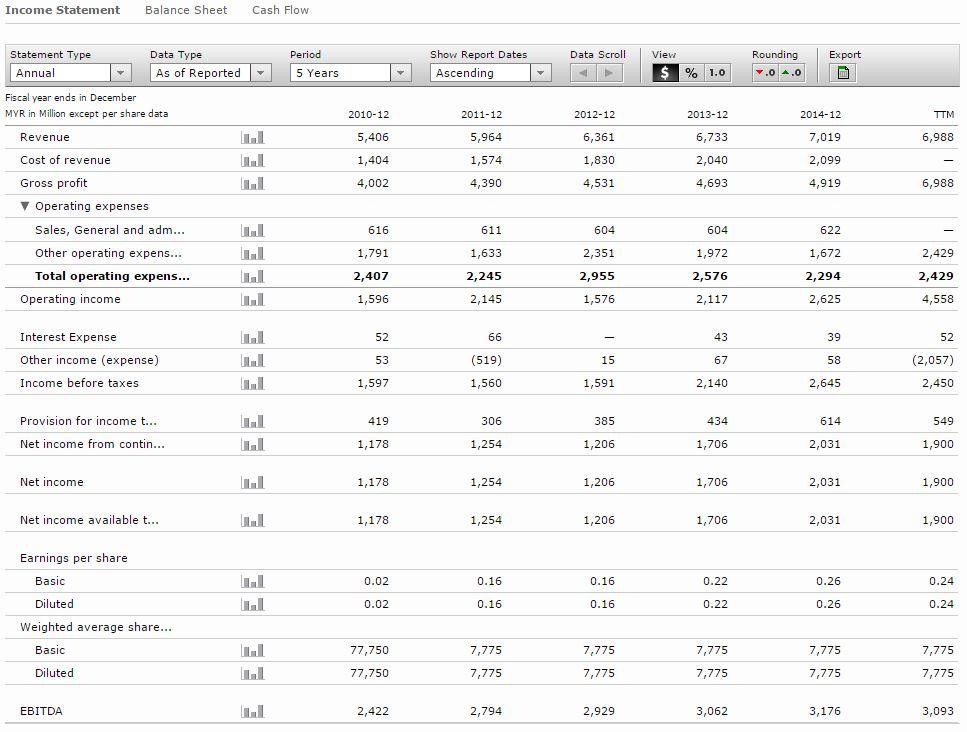