In just within a year, ComfortDelGro had been off to the races, with over 50% appreciation in its share price. The latest jump happened just weeks ago with share price jumping by 15% in Jan 2015. Who says that investing in Blue Chips isn’t exciting! A possible reason of this jump might have been due to the Public Transport Council (PTC) announcement of a revision of bus and train fares on 21 Jan 2015. But rather than find out on what caused that jump and focusing on the past, let’s focus on the present with an eye on the future as we explore what ComfortDelGro really does!

How Does ComfortDelGro Make Money?

Operations over 7 countries, 31 cities with over 21,000 employees and 46,000 vehicles this S$6.5 billion market capitalization company with revenues of over S$3.7 billion for FY2013, ComfortDelGro was considered as one of the world’s largest transportation company.

But at the end of the day, Asia especially Singapore at 59.5% of FY2013 Revenue consistently remained as their core area of operation.

Moving on to their business segments, as shown from their graph above ComfortDelGro has a total of 8 business segments! However there are areas of concentration hence we would focus on the top 3 segments of:

Even from an operating profit standpoint, these 3 segments still took up a whopping 83.6% of FY2013 Operating Profit. If you haven’t already known, the publicly listed SBS Transit Ltd. (SGX:S61) was a wholly owned subsidiary of none other than ComfortDelGro. As at 3 March 2014, ComfortDelGro directly owned 75.21% of SBS Transit. Although SBS Transit had a huge fleet of 3,326 buses (Representing the bulk of ComfortDelGro’s bus operations), the Bus segment was not really SBS Transit’s ‘best’ performers by any stretch of the imagination with losses exceeding S$14 million for the past 2 years! Maybe that was why the share price for ComfortDelGro went up when the fare increase was announced by the PTC in Jan 2015.

But not only does ComfortDelGro bus operations have a huge impact in Singapore, they are also one of the largest private bus operators operating 443 buses in the Victoria region of Melbourne, Australia. Following the acquisition of First Group plc’s West London operations in mid-2013, ComforDelGro’s wholly owned subsidiary Metroline Limited became London’s 3rd largest scheduled bus operator with a market share of over 18% with a fleet of 1,700 buses. 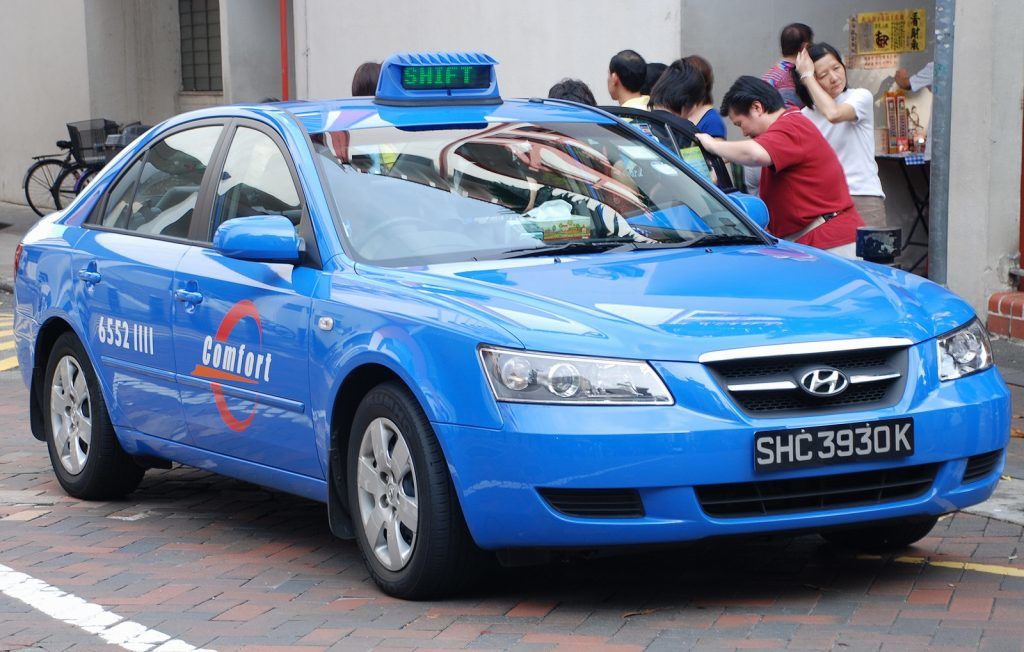 At 34.3% of the Group’s Operating Profit stood the Taxi Segment. ComfortDelGro has Taxi operations in Singapore, China, Australia, London and even Vietnam!

But their market position in Singapore takes the cake. With a fleet of over 16,000 taxis in Singapore they were the market leader in the Singapore market with a reported market share of 62%. That’s like 6 in every 10!

Well this is something that you might not expect but automatic engineering services is both 3rd in revenues as well as operating profit!

In layman’s terms you can call it a workshop. This segment includes operations from taxi maintenance, crash repair business, parts sales as well as bus assembly. To cope with the increasing business, ComfortDelGro  even converted one of its car care centres into a taxi workshop!

We hope that we have provided you with a better understanding of this transport juggernaut to help you in your decision making process. In our opinion, ComfortDelGro belonged in the defensive sector, which meant that no matter how the industry is, they will survive. No matter what happens, people have to get from point A to B, either by bus, rail or taxis. The issue for us would always boil down to the ‘right’ price 🙂