Value Invest Asia
Home Case Study CIMB Merger Update: The Merger That Is Meant Not To Be? 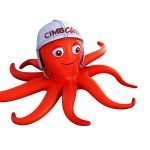 In July, we looked into the rational of the merger between CIMB Group Holdings (CIMB: MK), the country’s 2nd largest bank with RHB Capital (RHBC: MK) and Malaysia Building Society Bhd (MSB: MK). However, it has been three month and it seems the merger is now less likely compared to when it was first announced.

This was because the deal has met a road block with the Abu Dhabi-based Aabar Investments, which happens to be the second largest shareholder of RHB Capital. Aabar Investment has openly declared that it was against the merger, mainly because the offer price was not satisfactory for the investment company.

However, that was not an issue initially because the national pension fund Employee Provident Fund (EPF) is the majority shareholder of all three companies. The EPF owns about 14.5 percent of CIMB, 41 percent of RHB and 65 percent of Malaysia Building Society Bhd. The EPF has hoped that a waiver would be granted to allow it to vote in the voting to approve the merger. However, the Security Commission (SC) has announced this week that the waiver would not be granted for the EPF. This means that there is a possibility that minority shareholders might side with Aabar Investments and vote against the merger of the three banks.

If this merger would be successful, it would create the largest bank by asset size in Malaysia and the fourth largest in Southeast Asia. Shareholders of CIMB Group is expected to still own about 70% of the enlarged entity. Thus, the news that the merger might not happen is a major blow to CIMB Group Holdings. Its share price took a beating, felling more than 14% since the announcement of the deal.

There is good news among this drama. The fact that the SC has denied EPF the waiver shows that the corporate governance in Malaysia is in the rise. Although this might not be a good news for CIMB’s shareholders, it might actually be a great news for minority investors in Malaysia.

Join us on Facebook for more exciting updates and discussion about value investing.
Submit your email address for important market updates and FREE case studies!We will only provide you with information relevant to value investing. You can unsubscribe at any time. Your contact details will be safeguarded. The information provided is for general information purposes only and is not intended to be any investment or financial advice.
All views and opinions articulated in the article were expressed in Stanley Lim’s personal capacity and does not in any way represent those of his employer and other related entities. Stanley Lim does not own any companies mentioned above.