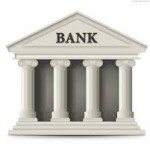 Chinese banks have been trading at valuation that can make anyone confused. Chinese major banks are among the few of the world’s largest banks by asset size, and yet their valuation makes you feel they are penny stocks. Why is that the case?

Here is the current valuation of some of the largest Chinese banks:

Why are all of them trading at less than a PE of 6 times? It seems that market is fearing the unknown, or more specifically, the shadow banking in China. Due to the tight regulation of lending in the Chinese banking sector, many have resorted to “shadow banking” to find capital for their businesses. Now, it seems, things might be getting more serious. Investors fear that the major banks are indirectly large financier to the shadow banking system and if the system cracks, they will be affected as well. For now though, no one really know what will be the real damage to any of the banks, and it is that fear of the unknown that created the current valuation scenario of the Chinese banks.

So the question is, are they a bargain now?

It seems that the valuation level in Chinese banks might not be that unique after all. So if we are choosing to invest in the banking sector currently, do we prefer a bank recovering from the global financial crisis and could have huge regulational risk on its head or banks that seems profitable but might have hidden liabilities that no one knows about?

We have to know that every investment bears risk and we must be comfortable with the risk before we invest. Thus, it is really a choice of the individual investor after all.

Join us on Facebook for more exciting updates and discussion about value investing.
Submit your email address for important market updates and FREE case studies!We will only provide you with information relevant to value investing. You can unsubscribe at any time. Your contact details will be safeguarded. The information provided is for general information purposes only and is not intended to be any investment or financial advice.
All views and opinions articulated in the article were expressed in Stanley Lim’s personal capacity and does not in any way represent those of his employer and other related entities. Stanley Lim owns Bank of China Limited