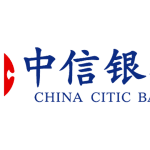 Very often, we tend to only hear about the 4 largest banks in China,

However, there are close to 4000 banks in China with a foreign banks making up a quarter of them. One of the fastest growing of the banks is China CITIC Bank Corp Ltd (998:HK). The bank is the seventh largest bank in China by asset size. China CITIC Bank Corp is one of the many related companies of the CITIC Group Corp, one of the largest conglomerate in China. Let us take a look at some of the stats of this banks.

The company grew its operating income by 24% year on year for the interim year of 2014 to RMB62billion and grew its net profit by 8% year on year to RMB22.0 billion. That translate to an earnings per share of RMB0.47 per share for the first half of this year. That means the company is generating about 1.1% return on its assets and 19% return on equity for the first half of the year. The bank also managed to reduce its cost-to-income ratio to 27% from 28.7% just a year ago. Compared to many foreign banks, China CITIC Bank Corp enjoys a wide net interest margin (NIM) of 2.36%.

However, there are a few worrying signs on the way. It seems that both its ROA and ROE have been on a downward trend for a few years now. Back in 2012, its ROA and ROE is 1.4% and 21.4% respectively. Similarly, we are seeing its NIM falling from 2.9% back in 2012 to the current level of below 2.4%. If the trend continues, the banks might no longer be facing such strong growth in the future.

Interestingly, it seems that investors are not that optimistic about the company going forward. China CITIC Bank Corp is only trading at 4.3x its price to earnings ratio and at a low 0.7x price to book value. On top of that, the company is giving its shareholders a dividend yield of 6.6%. If the company is able to prove its critic wrong, shareholders might be well rewarded in the future.