In 1958, four brothers had established a partnership known as Hup Seng Co. In Cantonese, ‘Hup’ means unity while ‘Seng’ means success. It has been the recipe for decades of successes and prosperity to the Kerk family. The family enterprise was listed on 2 November 2000 and since then, had matured into a leading crackers/biscuit manufacturer in Malaysia. In this article, I’ll share 9 things that you need to know about Hup Seng before you invest. 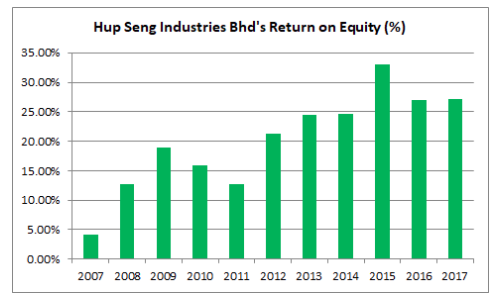 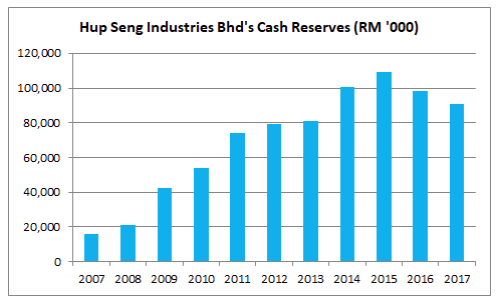 There are three efficiency ratios: 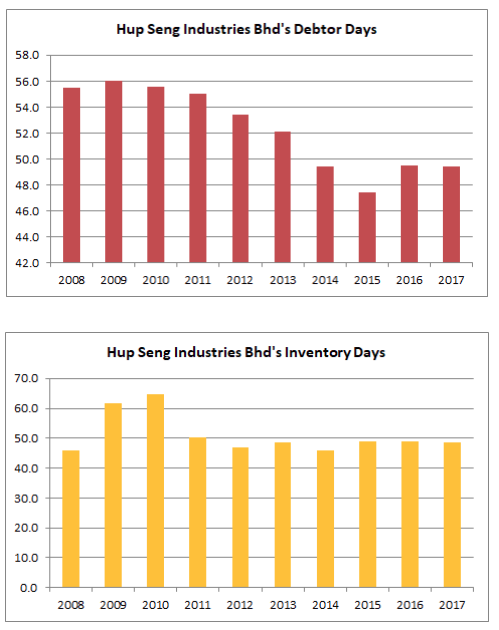 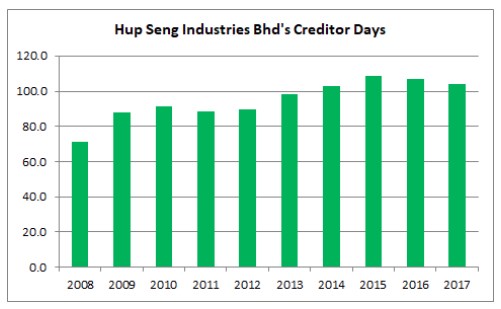 Here are the key highlights of Hup Seng moving forward:

Hup Seng has declared 2.0 sen in dividends per share (DPS) over the last 4 quarters. If it continues to do so, Hup Seng would pay out 8.0 sen in DPS in a year. As such, its expected gross dividend yields is 7.27% if I invest in Hup Seng at RM 1.10 a share.

For further enquiries or to request for additional investment information on Hup Seng Industries Bhd’s Investors Relation matters, you may contact:

As at 20 March 2018, the substantial shareholders of Hup Seng Industries Bhd and their respective shareholdings are as followed:

The Kerk family remains the substantial shareholder of Hup Seng Industries Bhd via their interest in HSB Group Sdn Bhd. Dato’ Kerk Chu Koh sits in the board of Chairman. His brothers, Kerk Chew Siong and Kuo Choo Song are made Vice Chairman and Managing Director of the company respectively.