Home Case Study Can MindChamps Preschool Ltd be The Next Growth Champion? 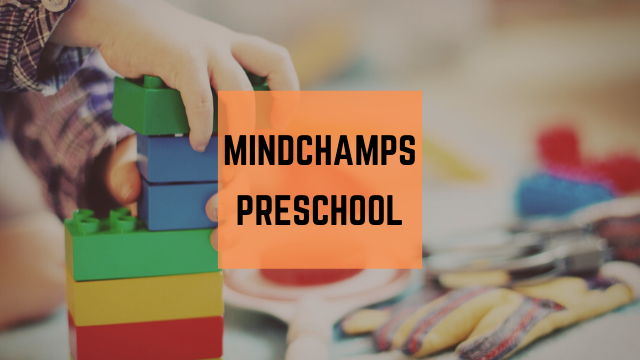 Singapore parents place great emphasis on their children’s education. Besides the official curriculum in school, there is a thriving tuition industry in Singapore that is worth $1.4 billion.

Premium preschool is also gaining traction as parents strive to gain their kids a head start before entering primary school. Preschool class that costs upwards of $1,500 monthly is not unheard of.

MindChamps Preschool Ltd (SGX: CNE) is a major private premium preschool operator in Singapore. In this article, let’s take a closer look at its operations, global footprint, and earnings.

MindChamps started as an educational research centre in Sydney in 1998. It nurtures young children with a unique curriculum focusing on ‘Learning How-to-learn’ and ‘Champion Mindset’ co-developed with world-renowned neuroscientist, Professor Allan Snyder.

The group went public in 2017 by raising $49.2 million of IPO proceeds used for expansion and acquisition.

The company holds a 38.5% market share among the private premium preschools in  Singapore, according to its IPO prospectus. It has an international presence in Abu Dhabi, the Philippines, Myanmar, Vietnam, and Malaysia, with key markets being Singapore and Australia.

As of end 2019, MindChamps has 83 centres with the majority of them found in Australia in Singapore. 29 centres are corporate-owned and corporate-operated (COCO) while the rest are owned and operated by franchisees (FOFO) which the group derives royalty fee and franchise income from.

Mindchamp’s revenue increased strongly by 46% to reach $53.9 million in the financial year 2019. This is due to a larger number of centres mainly in Australia and a corresponding increase in school fees.

However, the group recorded a much larger increase in the cost of sales amounted to $26.4 million. As a result, gross profit margin lowered to 50% from 60% in 2018.

While the group’s profit before tax grew 7%, it is a much lower percentage compared to the growth in sales.

Mindchamp’s network expansion in 2019 has resulted in a higher increase in the cost of sales and operating expense, impacting the group’s margin.

Doubling Down on Australia

Since its IPO, MindChamps has identified Australia as a key strategic market due to its favourable demographics and supply-demand dynamics. For example, the Australian government introduced a child care subsidy in 2016 that spurred demand for quality preschools. Furthermore, 31% of preschools and child care centres failed to pass the national quality framework standards. MindChamps’ premium education and enrichment offerings would thus be welcomed by parents.

The expansion seems to have gathered pace in 2019. This is seen from a more than 100% increase in revenue and gross profit derived from Australia, underpinned by a jump in the number of centres from 13 to 23.

MindChamps showed impressive topline growth since 2015 as its revenue expanded at a compounded rate of 44% annually.

Gross profit increased at an equally strong pace of 35% per annum. However, with a slower growth rate than revenue, gross margin decreased from 66% to 50% during this period. Concurrently, profit before income tax margin suffered a steep fall from 33% in 2015 to 13% in 2019.

Nevertheless, MindChamps operates a highly efficient business that churns out a healthy amount of operating cash flow, which grew at 29% per annum.

MindChamps took on more borrowings to fund its overseas expansion over the past five years. Its gearing level was negligible before FY2017 but had since risen to 0.34 times last year.

MindChamps has one of the strongest brands among the private preschools locally. It has received many awards which include the sixth consecutive Superbrands Mark of Distinction Award 2019 under the Early Learning and Preschool Category, and Asia’s Top Influential Brands Award 2019. Anecdotally, many of my peers send their children to MindChamps even with constant grumbling about its high fees.

MindChamps’ key markets are witnessing increased public spending in the preschool sector. As announced in Budget 2020, the Singapore government plans to increase investment in the early childhood sector to more than $2 billion annually within the next few years. Australia announced plans in 2017 to invest AUD37 billion on child care support over the next four years.

Besides, there is increased awareness of the importance of quality education at a young age among Asian parents. This, coupled with rising disposable income, would create a higher demand for a quality preschool curriculum.

Manpower cost and rentals are the main cost drivers of MindChamps’ operation, which constituted 49% and 16% of overall expenses in 2019. They have increased at a higher pace than revenue growth, resulting in a shrinking margin as explained earlier. Its Australian business faces the same issue, resulting in pre-tax losses. The group needs to manage expenses carefully to prevent costs overrun.

Mr David Chiem is the founder, Executive Chairman and the CEO of MindChamps. As a prominent figure in the field, he led MindChamps’ to be the first listed preschool operator in Singapore. He has also won numerous awards including the Entrepreneur of The Year 2019 by Australian Chamber of Commerce, Singapore, and 2016 Top CEO Brand Leader by Influential Brands.

Singapore Press Holdings is also a substantial shareholder with a 20% stake.

MindChamps is growing rapidly through organic expansion and acquisitions in the key market of Australia and Singapore. This can be seen from its increasing revenue.

However, the growth comes at a price of ballooning operating expenses. Earnings, while still positive, are growing much slower.

With a share price of $0.32, the market is valuing the group at a price-earnings ratio of 11.1 times.

Based on information shared, MindChamps may be suitable for growth-oriented investors that seek large returns on capital.