Value Invest Asia
Home Case Study Is This The Best Company In The Whole Of Bursa? 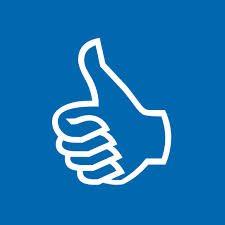 Search For The Best

In the whole of Malaysia stock market, we have to look through more than 800 companies in search of the best investment opportunities. Is it possible to find the best company of them all?

One company however, seem to constantly be delivering its results and shareholders have been well rewarded in believing in the company. I am talking about Public Bank Berhad (PBK:MK). This company is one of the most consistent performing company in the whole of KLCI for the past few decades. Established in 1966 in Malaysia, Public Bank is listed on the Bursa Exchange since 1967. It has an unbroken track record of profitability for the past 47 years. More importantly, it has been increasing its dividend payment for shareholders since 1970. Its dividend per share raised from 3.5 sen per share in 1970 to 52 sen per share in 2013. That is a dividend growth rate of 6.5% CAGR for the past 43 years.
Even despite all these growth, Public Bank is still very much a Malaysian Bank. It has over 93% of its assets with profits coming from Malaysia with the rest spreading across its business in greater China, Cambodia, Vietnam, Laos and Sri Lanka.

Best ROE In The Business

Public Bank is also one of the few bank that focus a lot on its ROE performance, which is generally around the 25% – 30% range every year. That is more than 60% above the industry’s benchmark of around 16% ROE.
All these has not made Public Bank cheap. The company is stubbornly one of the most expensive bank in Malaysia. Trading at more than 17 times P/E and 3.2 times its book value, Public Bank is being valued as a fast growing and a high flying new start-up. Its peers like Maybank (MAY:MK) and CIMB Group Holdings (CIMB:MK) are only trading at half of its P/B ratio.

So, there is no doubt that Public Bank is one of the better managed banks or companies in Malaysia. But, is it worth the price?