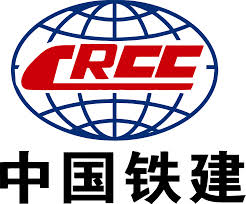 The Group is one of the largest integrated construction companies in China with a dual listing in both the Shanghai Stock Exchange and Hong Kong Stock Exchange in Mar 2008. With total assets of RMB553 billion, the Group’s operating businesses cover 31 provinces, autonomous regions and municipalities, as well as 69 foreign countries in the world.

The Group’s main business line, focusing primarily on infrastructure construction including railway, energy facilities and municipal projects. Some of the major projects completed include the Hong Kong West Rail, Nigeria Railway Systems and the Tanzania-Zambia Railway Project. In 2013, revenue in construction operations stood at RMB468 billion

Provides consultancy services on transport infrastructure construction at both the national and provincial levels. Revenue in this segment stood at RMB7.8 billion in 2013.

The Group engages in the R&D, manufacturing, sales, maintenance and repair of large track machinery such as railway switches and rail fasteners. Revenue in this segment accounted for  RMB11.8 billion

The recent news on Mexico revoking a US$3.75 billion (RMB23 billion) joint Mexico-China rail deal might have put a large dent to the state-owned corporation’s contract value, however CRCC still has a healthy backlog of outstanding contracts at RMB1.6 billion in 2013, including RMB6.9 billion new contracts during the year.

With China’s large foreign reserves and the financial support of state banks, the potential for overseas construction projects is huge given that other emerging economies such as the South American countries are still looking toward the mainland economy for infrastructure financing.