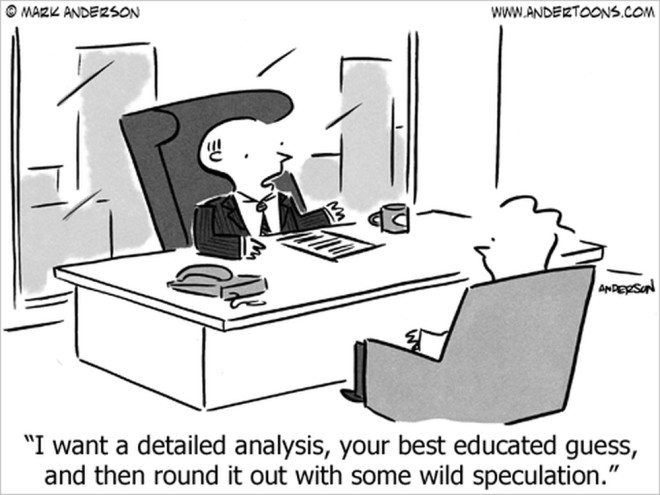 There’s a very thin line between being an investor and being a speculator. Which side are you on?

Most people when questioned about their investing/speculating orientation would resoundingly reply “Of course I am an investor!” then proceed to look at you curiously with the why-are-you-even-asking-me-such-a-question face.

It gets interesting when you ask them on what distinguishes an investor from a speculator and then watch with interest as they rack their brains to come up with an explanation. This is by no means an abnormal reaction, but rather a phase everyone, even I myself has been through. One would expect the general public to be more aware of the seemingly basic distinction between investing and speculating.

Why Is This So?

One reason for these blurred lines could be the rampant categorization of the term “investor” being applied to every stock market participant. This was in contrast to the term “investor” that was applied solely to bonds as an asset class in the early 20th century. These 2 extremes were held without any consideration with respect to the relationship between the underlying value to its market price.

So What Makes One An Investor?

Even after over 80 years, the following definition of investing provided by Benjamin Graham and David Dodd in Security Analysis holds true.

“An investment operation is one which, upon through analysis promises safety of principal and an adequate return. Operations not meeting these requirements are speculative”

The above statement isn’t bulletproof, being framed in such a manner that it leaves the reader with more questions than answers. For example, how much is an adequate return, how long is the holding period, how through is one’s analysis?

Herein lays the magic of the above statement. It’s framed in such a way that it’s applicable to the public from the standpoint of an individual; to serve as a guide for your investment journey.

Consider this scenario; a stake in a public listed company may be both an investment as well as a speculation for two distinct individuals. What then separates the two?

A factor to consider would be that individual’s rationales behind his purchase, was it backed up by fundamental data (For example, the company is about to expand their operations given their overwhelming success in a certain state or just because the stock broke its one week resistance level) and does it have a positive expected return over your investment horizon?

At the end of the day, speculators are crucial to the makeup of the financial system. Without speculators, how then would value investors find value given that everything would be at fair value?

Additionally, as stated in an earlier article, we have to be aware of a speculative element being present in market prices and be equipped with both the relevant skills and the mind-set to handle it intelligently.

The information provided is for general information purposes only and is not intended to be any investment or financial advice. All views and opinions articulated in the article were expressed in Cheong Mun Hong’s personal capacity and do not in any way represent those of his employer and other related entities. Cheong Mun Hong doesn’t own shares in any companies mentioned above.

Does The Efficient Market Hypothesis Make Sense To You?