From Ah Boys to Men

For our nation our country

With blood, sweat and tears

We’ll be marching on

With pride and glory

Because we love our land

And want it to be free (Steady lah!)

I think that most of us in Singapore would be familiar with the Ah Boys to Men theme song above!

With the latest installation of the Ah Boys to Men movie series – “Ah Boys to Men 3: Frogmen”, instead of reporting to Pulau Tekong, the Ah Boys are posted to the Naval Diving Unit. This film grossed US$2.23 mil (S$3.04 mil) in just its opening 4 days (Feb 19-22) over the Chinese New Year period making it one of the top-grossing opening weekend Asian movie of all time at the Singapore box office!

We All Know Of The Movie, But What About The People Behind The Production?

I think that most of us would be aware of the part that Jack Neo – a veteran in the Singapore entertainment industry played as the writer and director of all three instalments of the Ah Boys to Men series (He even made a cameo in one of them!).

However, what most of us might not know is the producer behind the Ah Boys to Men series. The producer was none other than MM2 Asia Ltd (SGX:41C) and did you know that they are also listed on SGX’s Catalist board?

Making its debut on 9 Dec 2014, MM2 was the first Singapore film producer to be listed on the SGX. Some of its listed peers included one of Korea’s leading theatrical film production groups – Spackman Entertainment Group Ltd (SGX:40E) as well as KOP Limited (SGX:5l1) (Formerly known as Scorpio East Holdings Ltd) whose entertainment arm was involved in the distribution of theatrical films and home video entertainment.

Anyway Back To MM2 Asia, Let’s Show You Some Of Their Other Hit Productions!

Other than the Ah Boys to Men series, some other notable productions by MM2 Asia include: 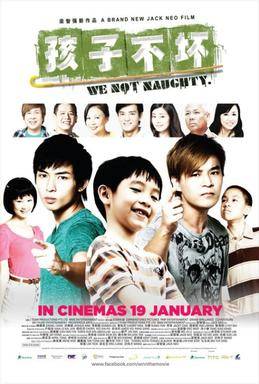 MM2 Asia was also the Distributor of some of these movies! So How Does MM2 Asia Make Its Money? 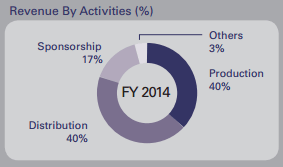 Securing financing for a production from stakeholders who have acquired a share of the production/movie’s revenue rights; and

MM2 Asia would also receive income from consultancy and producer’s fees as well as government grants and other contributions.

Receive income from licensing of script rights, adaptation and sequel rights of our library of movies via third party licensing arrangements

MM2 Asia also offers advertisers a platform to promote their products and services by featuring them in movies produced or co-produced by them.

I think that from the latest installation of Ah Boys to Men 3, some of these product placements would have caught our eye LOL

I would think that most of us did not know that the producers behind the hit series of Ah Boys to Men production were listed! This showed us that we can find potential investment ideas anywhere in our lives, even within the cinemas!