Skip to content
HomeIndustryFinancialWhy Is Affin Holdings Bhd (Malaysia) Cheaper Than Its Peers? Is It A Hidden Opportunity? 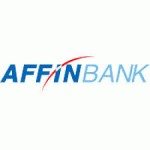 There are quite a number of banks listed on the Bursa Malaysia. However, one bank stood out from the rest for most Value Investors. Affin Holdings Bhd (AHB:MK). As one of the smaller banks in Malaysia, Affin Holdings actually offers a complete range of financial products from banking, investment, Islamic banking, stock brokering to insurance. Yet,

the bank is only trading at 9.0 times Price to Earnings Ratio and 0.77 Price to Book Ratio. That is a significant discount from its peers. Why is this the case and is there really value in Affin Holdings?

What About The Peers?

If we look at most of the banks trading in Malaysia, we then realized how “cheap” Affin Holdings really is.

So why is happening in Affin Holdings?

The bank used to have some asset quality issue with extremely high NPL, in the 25% range in 2003-2004. The bank has since then been restructured and their NPL has dropped to industry norm. Affin was formed through a long series of Mergers & Acquisition, which has dramatic effect on the business and valuation of the company at different point in time. Maybe investors are still wary of Affin Holdings’ past and are less attracted to the company.

Affin Holdings also recently just concluded its acquisition of Hwang Investment, one of the largest investment banking outfit in Malaysia. The bank is paying about RM1.4 billion in cash for the acquisition and will be raising more capital for the deal. Investors might be worried about the bank overpaying for Hwang Investment and how the banks will be financing for the deal.

Although Affin Holdings Bhd might really be trading at much lower valuation than its peers, but it also has some past and future issues that investors need to consider before investing into the bank. Most importantly, is the new acquisition a new beginning for Affin Holdings? Or is it the beginning of the end for it?