Viva Industrial Trust (VIT) is a SGX-listed REIT that invests in a portfolio of business parks and industrial properties in Singapore. On 4 November 2013, it was listed with an initial portfolio of 3 properties worth S$ 743.0 million. The trust has quickly enlarged its portfolio to 9 properties worth S$ 1.28 billion as at 31 December 2017. In this article, I’ll list down 9 main things that you need to know about VIT before you invest.

Since its listing, VIT has reported growth in revenue & distributable income. It is mainly due to its expansion of its property portfolio over the last 3 years. 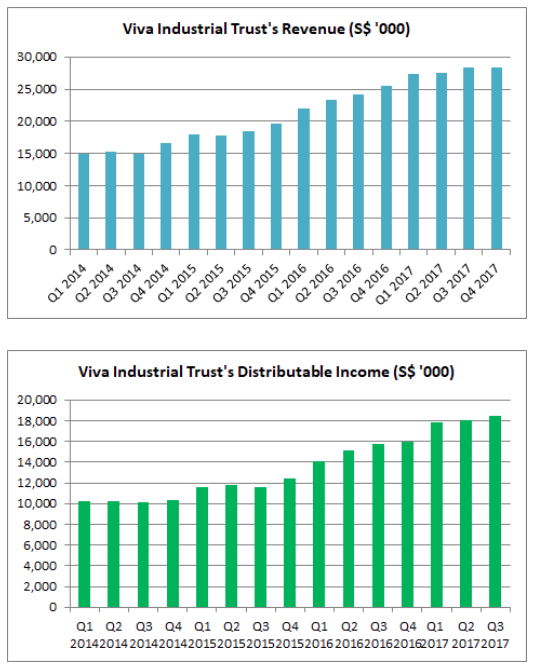 As at 31 December 2017, VIT has recorded weighted average occupancy rate of 90.6% for its property portfolio. It derives income from 155 tenants which mainly involved in the IT, e-Business, and data centre operations. The top 10 tenants have accounted for 43% of its total revenue in 2017. Moving forward, 52% of its leases would expire beginning in the financial year 2020 onwards. 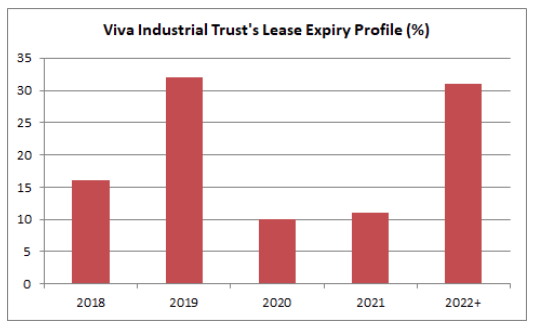 On 28 January 2018, VIT has received a proposal for a merger between it and ESR REIT. The merger is intended to create:

Presently, the managers of both VIT and ESR REIT are in discussions on the merger. Both parties would make the necessary announcements on it should there be material developments on the merger in the near future.

As at 31 December 2016, VIT has 3 properties where the remaining land lease is under 25 years. They are:

There is no materials provided by VIT in regards to the management’s intent or decisions to be made once these land leases expire.

VIT adopts a distribution policy to declare and pays out at least 90% of its distributable income on a quarterly basis. The trust has declared and paid 7.47 cents in DPU for 2017. If VIT is able to maintain its DPU at 7.47 cents, its expected gross dividend yield is 8.4%.

For further enquiries or to request for additional investment information on VIT’s Investors Relation matters, you may contact:

The major shareholders of VIT and their latest shareholdings are as followed: