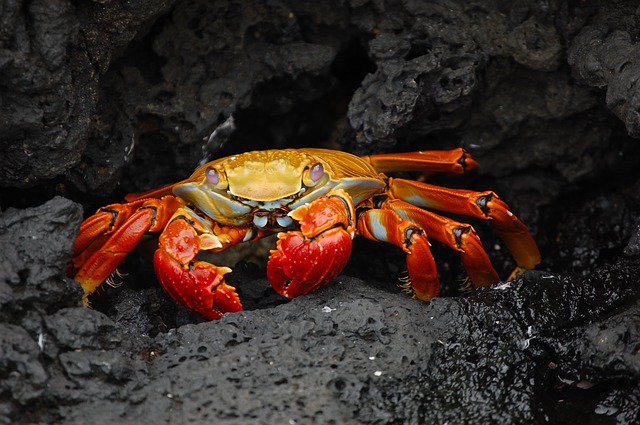 Singaporeans love to eat, which explains the myriad of eateries and restaurants found all over the island. Some of the more established Food and Beverage (F&B) players even went on to list on the local stock exchange when they have attained certain scale.

And among the listed restaurant operators, Jumbo Group Limited is synonymous with one of Singapore’s iconic dishes – Chilli Crab, that is served daily to thousands of diners in 5 of its namesake restaurants locally.

However, consumers’ taste can be fickle and it is inherently challenging to maintain and grow an F&B company. Here are seven key things to know about Jumbo Group to ascertain if it is a worthy investment.

Jumbo Group Limited runs five seafood restaurants in Singapore, five in China, and one each in Taiwan and Vietnam. Besides Jumbo Seafood, it also owns other brands such as Ng Ah Siok Bak Kut Teh, J Pot, Chui Huay Lim Teochew Cuisine and the Singapore Seafood Republic.

The group has embarked on expansion drive into other Asia markets with similar taste buds to drive its future growth. This is in view of the small market locally and the ever-increasing cost base comprises mainly of rental and manpower.

However, the devil lies in the details. Moving down the Income Statement, we observe that other cost components increased by a larger clip, causing Profit Before Tax to dip. For example, Employee Benefit Expenses grew 25.8% year-on-year to $12.9 million; Operating Lease grew 5.8% to $3.7 million; Utilities was up by 13.8% to $921,000. As a result, Profit Before Tax came in at $5m, 26.7% lower.

Fortunately, Jumbo Group has a strong Balance Sheet. Cash and Cash Equivalent stood at $44.5 million, sufficient to cover all its Current Liabilities worth $13.8 million. Jumbo has no Long-Term Debt.

Jumbo has one of the strongest brand names among the restaurant operators. While it serves food items other than seafood, it is most strongly associated with Chilli Crab, an iconic seafood dish. It is extremely popular among tourists too, as seen from the awards it has garnered such as Singapore Choice: Jumbo Seafood (Dempsey) under the Ctrip Food Awards 2016, and top brand for seafood category under the Influential Brands Awards 2015 by Brand Alliance Group. A check with my relative living in Shanghai revealed that the Jumbo Restaurant there is well known among locals as the go-to place for Chilli Crab.

Owing to its strong brand name, Jumbo has had a successful expansion drive thus far in Asia. It expanded into China with the first restaurant in Shanghai, and opened 2 more within the next 2 years. As at end 2017, it has 4 outlets in Shanghai and 1 in Beijing. Besides China, it has recently established a foothold in Vietnam and Taiwan last year.

With a successful expansion drive thus far, it increases the odds of further expansion across Asia.

Industry with Low Barrier To Entry

While Jumbo Group has strong product offerings and occupies a top-of-mind position among diners seeking for fresh seafood, there are constantly novel dining ideas emerging in the F&B industry that has a low barrier of entry. In an age when novelty is a big draw to the consumers who are sensitive to food trend, newer dining ideas and food items from overseas could lure customers away from Jumbo. This would mean that Jumbo can’t just rest on its laurel of offering fresh seafood, and has to constantly innovate its menu to retain its customers.

F&B business is manpower intensive, in the form of waiting for staff, chefs and kitchen helpers to provide attentive and quick service to diners. While Jumbo can tap on technology to reduce reliance on manpower, there is a limit to that and much of the customer servicing still need to be carried out by waiters. On the same note, rental is also a big cost component as Jumbo would need considerable space at a good location for its restaurants to appeal to diners. These prime retail space does not come cheap.

According to Jumbo’s FY17 Annual Report, the company is majorly owned by Ang Hon Nam, father of Ang Kiam Meng, the Group CEO and Executive Director. Through JBO Holdings, Ang Hon Nam owns 57.9% of the company.

Other substantial shareholder includes Ron Sim Chye Hock, the founder of Osim with a 10% stake, and Mr. Tan Gee Jian with a 6.6% stake.