Dairy Farm International Holdings Limited is a regional retail giant in Asia which operates a number of brands such as Cold Storage, 7-Eleven, Giant and Guardian. It also has a 50% interest in Maxim’s, Hong Kong’s leading restaurant chain. It owns more than 6,500 outlets and employs over 180,000 staff across the region. Dairy Farm is a member of the Jardine Matheson Group, a US$ 47 billion dollar market cap company and one of the largest conglomerate listed on Singapore Exchange. Dairy Farm has a standard listing on the London Stock Exchange as its primary listing, with secondary listings in Bermuda and Singapore.

Under supermarkets and hypermarkets division, Dairy Farm company aims to improve quality control and cost by expanding its direct sourcing. It is continuously looking for opportunities to partner and work with local business.

Under convenience stores segment, Dairy Farm operates 7-Eleven in Hong Kong, Macau, China and Singapore. The company strives to improve earnings in this segment by providing Ready-to-Eat (RTE) food offerings to customers. In fact, RTE food offerings continued to improve with over 10% year-on-year sales growth across the company.

Dairy Farm completed its disposal of Starmart Chain in Indonesia during FY 2016.

Dairy Farm operates home furnishing business under IKEA brand in Hong Kong, Taiwan and Indonesia. The company reported 4% of total sales from this division in 2016.

Besides, it has opened a fourth IKEA store in Hong Kong in the second half of 2017 and plans to open a second IKEA store in Indonesia in the future.

Besides, Diary is operating over 20 Starbucks stores across Vietnam and Cambodia. In September 2016, the group entered Thailand and launched its first franchise, “mx cakes and bakery’, through a joint venture with ThaiBev. 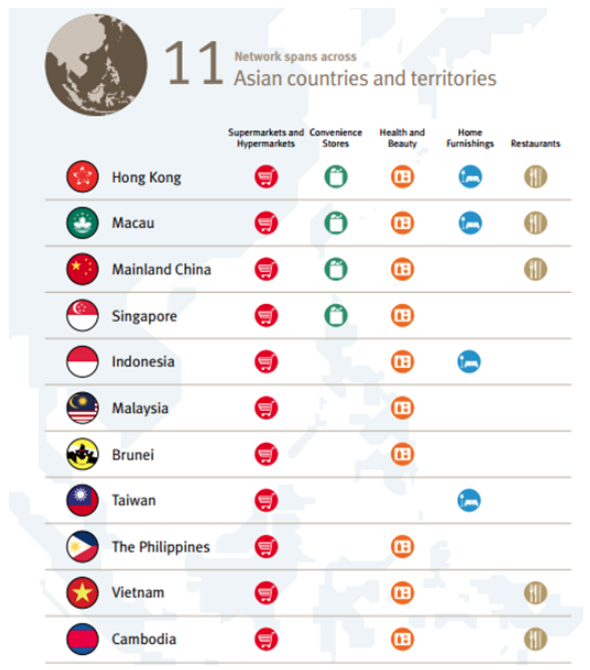 Dairy Farm’s diversified business is a kind of strength for the group. By having a wider geographical reach, Dairy Farm is able to buffer its performance during the economic slowdown in particular country. In the first half of 2017, a number of unprofitable convenience stores were closed down in Singapore. However, Dairy Farm’s convenience store operations are well performed generally as store expansion in China has offset the weaker sales in Singapore.

Despite the challenging retail landscape, Dairy Farm continues to strengthen its businesses and enhance its competitive position by launching online shopping its health and beauty division and home furnishing division. Dairy Farm remains competent by trying to understand the change in consumer behaviour and leverage on an e-commerce platform. For example, Mannings, a health and beauty business in China introduced its Wechat member card and saw a 150% growth in e-commerce sales in 2016.

In Vietnam, Guardian leveraged on Facebook to update its customers on current promotions and special offers. This has led to increased in Guardian’s customer traffic and sharing of health and beauty tips with consumers. According to Viet Nam News, Vietnam is one of the world’s fastest growing e-commerce countries. The country’s e-commerce market is growing 35% per year, which is 2.5 times faster than Japan.

Too Big to grow

As the group gets bigger and bigger, each percentage of incremental revenue represents a fundamentally larger number. In other words, the amount of new business needed to make a significant increase in earnings rises when Dairy Farm’s equity gets larger. 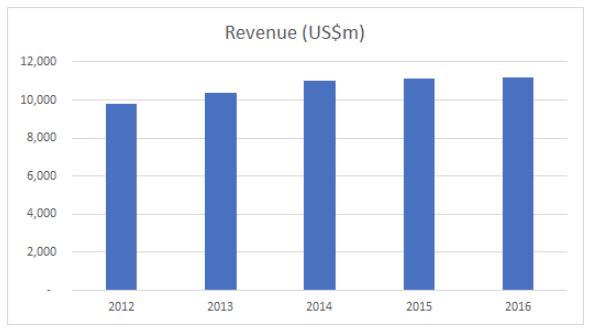 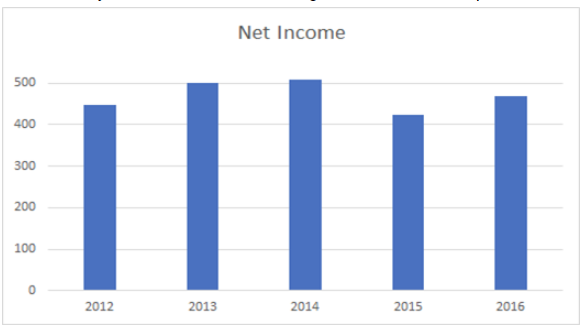 Dairy Farm’s businesses are exposed to the economic risk and very sensitive to the economic environment and consumer confidence in each country. In recent years, consumer confidence in Malaysia, Singapore and Indonesia remained low, causing Dairy Farm to shut down multiple unprofitable stores. In 2016, sales from South East Asia comprised 41% of Dairy Farm’s total sales from subsidiaries. An economic uncertainty in the region might pose some economic risk to Dairy Farm in the coming year.