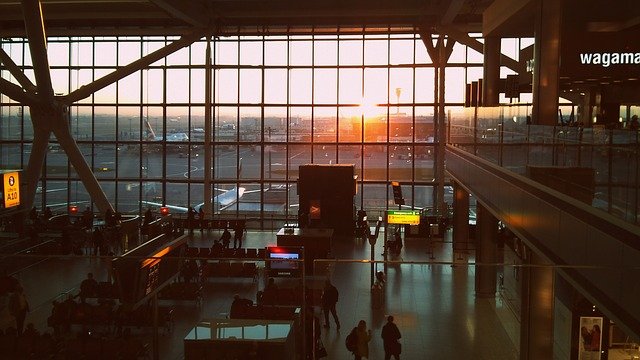 Things have been pretty bad lately for our national carrier, Singapore Airlines Ltd (SGX: C6L) (SIA). As the COVID-19, also known as the CoronaVirus, outbreak rages on, it announced a temporary suspension of flights till May. It has also implemented hiring freeze on ground positions to cut costs.

We all know that the coronavirus will not spread on forever. Eventually, it will be contained, we just do not know when. The sectors badly affected, including airlines, will gradually recover.

Nevertheless, this episode illustrates the volatile nature of the airline industry. For investors who are more risk-averse, yet want to participate in the long-term growth of Asia Pacific aviation sector, are there other available investment options?

In this article, we take a look at 4 other sectors closely linked to the aviation industry that stand to benefit when people start travelling again.

These are companies provide maintenance, engine overhaul, airframe and fleet management and cabin modification services to airlines, private jets and military. Think of this as the car repair workshop equivalent, but with a way larger scale and deeper technical sophistication.

SIAEC, as a subsidiary of SIA, counts SIA, Silkair and Scoot as its key customers. Besides, it also provides MRO services to more than 50 airlines passing through Singapore. It also forms 24 joint ventures with partners such as Boeing, Airbus, Pratt & Whitney and Rolls-Royce to deepen its service offering worldwide.

Compared to SIAEC, STE is a larger and more diversified company. As the largest commercial airframe MRO player in the world, it counts national armed forces on top of the commercial players as its key clients. It also possesses the ability to provide a full suite of cabin reconfiguration and freighter conversion solutions to both Airbus and Boeing platforms.

Purchasing aircraft often costs billions of internal funds, retained earnings and borrowed capital. Such capital expenditure is costly, yet necessary every few years. While top airlines like SIA or Emirates have the financial muscle to place large aircraft orders, other airlines that do not have the ability to buy planes will instead rent their fleet from aircraft leasing companies.

There could be other reasons to rent instead of buying. It could be due to management preference to maintain an asset-light company to reduce depreciation cost. It may also be intentional moves to adjust capacity in response to market situations. Some companies use this method to minimise large upfront capital cost in the cyclical airline sector.

There is actually a prominent aircraft leasing company headquartered in Singapore: BOC Aviation Ltd (HKG: 2588). It was founded in 1993 as a joint venture between SIA and a leasing firm from the US. Bank of China acquired the company and renamed it BOC Aviation in 2006. In 2016, BOC Aviation listed its shares at the Hong Kong Exchange in what was the largest aircraft lessor offering in history.

As shown below, BOCA showed steady growth in its revenue, from US$535 million to US$930 million in 1H19. The main bulk of revenue comes from lease rental income, which has been increasing regularly too. As a result, its net profit after tax has risen to US$321 million in 1H19.

BOCA is trading under stock code 2588 on Hong Kong exchange, at a share price of HK$70.75 per share, giving it a market capitalisation of around HK$49.1 billion.

This sector covers the provision of various ancillary services such as passenger services, baggage handling, warehousing, aviation security and in-flight catering to ensure the smooth operations of airlines and airports. This is a more labour-intensive sector compared to the MRO field.

The go-to company in this sector is SATS Ltd (SGX: S58). It is the dominant gateway service provider at Changi Airport. Concurrently, it has the largest food and gateway services network across Asia, being present in 13 countries across 60 locations.

SATS had a challenging financial year thus far. For the 9 months FY20, SATS recorded revenue growth of 11.2% to $1.50 billion. However, due to increase expenditure, its earnings before interest and tax dropped by 5.9% to $184.7 million. Following that, the margin gets compressed to 12.2%

Airports, especially the major ones located at gateway cities, are strategic assets of national interest. They are usually owned and operated by the state. However, it is not uncommon to find listed airport companies too.

One such company is the Beijing Capital International Airport Co Ltd (HKG: 0694) that is listed on the Hong Kong Exchange under stock code 0694. As the owner and operator of Beijing Capital Airport, its revenue stream comes from aeronautical and non-aeronautical segments. The former includes passenger charges, airport movement fees, aircraft parking fees, while the latter includes concessions of retail outlets, leasing of advertising space and carpark charges.

As of 6 months ended June 2019, revenue increased marginally to RMB5.38 billion. However, due to a 9.6% increase in operating expenses, earnings before interest and tax dropped 9.7% to RMB2.49 billion.

Both cumulative aircraft movements and passenger throughput fell 3.3% and 0.63% in the first half of 2019. This is due to runway maintenance and the support for important events. In addition, passenger throughput would likely fall further due to the opening of Beijing Daxing Airport.

Often, the most prominent listed company is not the only option available to investors who wish to partake in the sector growth. When one looks deeper, there could be other interesting companies located elsewhere in the value chain worthy of your money.

In the case of an airline, I have shared four related sectors and several listed companies. You may perform a similar search for other industries as well. Note that due to the small size of local bourse, you may have to cast a wider net to include the overseas market.

On a side note, if Changi Airport becomes a listed entity, I think the vast majority of local investors would definitely clamour for its shares considering it is our national icon. I definitely would not mind being a proud shareholder too.