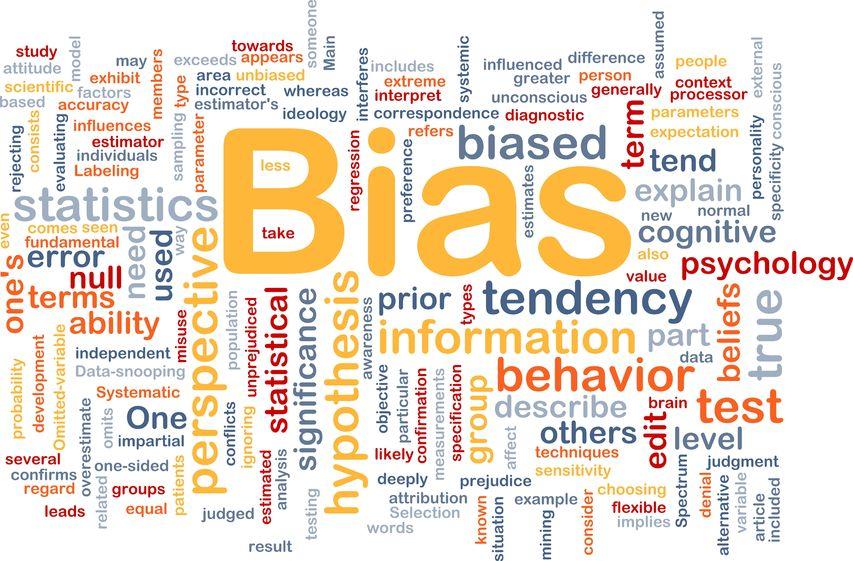 Investing is as much a psychological activity as it is a quantitative one. Human beings are not always rational, why? We are subjected to numerous biases which hamper our decision making, ultimately resulting in subpar decisions and performances. Here are some of the more common ones that every investor should know.

Anchoring occurs when individuals use an initial piece of information to make subsequent judgements. Once a reference point – or an anchor – is set, other judgements are made by adjusting away from that anchor.

For example, shoppers are inclined to think that an item on discount is cheap even though the only established fact is that it is cheaper. Similarly, the stock price which has declined from a previous high may fool some investors into thinking that it is now cheap. I would like to bring in the topic of oil prices at this juncture. Oil prices are now considered to be low, and looking it the 1 year chart below, it is easy to see why.

When one is conditioned to $100 per barrel oil prices, which has been the case for the past few years, $100 becomes the norm and $50 is considered cheap. But if $100 is regarded as a high, $50 may instead be considered the norm. Take a look at the 30 year chart.

Figures have been adjusted for inflation.

In investing, the confirmation bias suggests that an investor would be more likely to look for information that supports his or her original idea about an investment rather than seek out information that contradicts it. It becomes difficult to shake off our preconceived notions about a stock, even if they were unjustified in the first place. For example, an investor who believes a stock is good will naturally research and attempt to prove that it is indeed a good investment. Likewise, think of those times where you only sought to find something shady because you know you are looking at an S-chip.

In court, a defendant is innocent until proven guilty. The prosecutor will first have to convince the judge that there is substantial evidence for a case to be heard, before the defendant is even required to defend himself. With confirmation bias, court trials will simply begin with the defendant defending themselves. Confirmation bias can be very potent in skewing one’s judgement.

Hindsight bias is a perception bias which occurs when a person believes that the onset of some past event was predictable and completely obvious. “I knew it all along”- if you had uttered these 5 words when it came to investing, chances are you were succumbing to hindsight bias.

At its extreme, hindsight bias fools you into thinking you were able to foresee certain events. This causes you to be overly-confident and possibly making strong bets on events which are impossible to predict. In other words, you speculate.

Though not strictly a mental bias, it is a common behavioural finance quirk and I have decided to include it. Gambler’s fallacy is a situation where an individual believes that the onset of a certain random event is less likely to happen following an event or a series of events. This line of thinking is incorrect if the events are independent. By virtue of its definition, the probability of independent event is unaffected by past events.

For example, consider a series of 20 coin flips that have all landed with the “heads” side up. Under the gambler’s fallacy, a person might predict that the next coin flip is more likely to land with the “tails” side up. Extrapolating this line of thinking:

Remember that the chances of landing “tails” side up is always 50%, regardless of what the outcome of the previous coin flips were. Lastly, as a side note, it also possible that investors commit gambler’s fallacy because they have misunderstood mean reversion.

Studies have shown that people value losses and gains asymmetrically. More specifically, losses have more impact that an equivalent amount of gains.  Consequently, investors tend to hold on to losers and sell winners prematurely. Taken at face value, this behaviour effectively minimises returns while letting losses run and surmount. Considering the opportunity cost involved in holding onto a losing stock, the impact on portfolio performance is even greater than commonly perceived.

There is no magic pill to prevent biasedness; we are humans after all. Nevertheless, it is possible to minimise them. Awareness is always the first step. Beyond that, mental discipline matters more than anything else. Having a buddy as a source of alternative perspective is also a good way of circumventing biased behaviour. Building on your capacity to consider multiple perspectives helps as well.