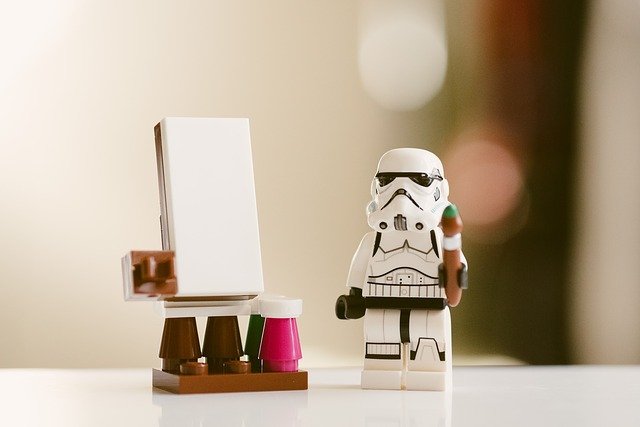 They say that boys never grow up. As a guy, I concur to that. Even as we age and grow old, there is always a part of us that never grows up.

Toys play a big part in our childhood. Hence, I put my investing cap on to analyze the toy business. I decided to take a deeper look into the world’s most valuable toy company. Here are 5 things I learnt from the company that could serve as key reminders to your next stock pick.

But before that, let me unveil which company is the world’s most valuable toy company. It is none other than The Lego Group.

1. The Lego Group has evolved its business ever since its founding.

The Lego Group traces its humble beginning to the workshop of a carpenter by the name of Ole Kirk Kristiansen. Ole’s first version of toys under Lego was carved and ready-made wooden toys. They are far from the interlocking plastic bricks that we are all familiar with as of today.

Back then, Ole used high-quality wood available in his workshop and made beautiful wooden toys that were unparalleled by quality. And when plastic moulding machines slowly entered the market, he pivoted his company into producing plastic moulded toys.

It wasn’t until under Godtfred, his second son’s tenure as the managing director and CEO, that the company started making the plastic bricks that we are so accustomed to as of today.

Fast forward to today, Lego has expanded its set offerings. It now makes Lego sets under different licenses from Disney, Warner Bros., and even car manufacturers like Lamborghini. It is still a toy company, but it now has toys for children and also adults.

It no longer just targets a child’s age, but also to those who are still a child at heart!

This is the essence of a great company. It is always ready to evolve its business to stay relevant. Lego has iterated and evolved ever since its founding to become one of the most successful toy companies in the world

2. Its tagline is “Only The Best Is Good Enough”

A great company always has impeccable products or services. If the company can stay great over a long time, it must be delivering something that is best in class.

The tagline of Lego is “Only the best is good enough”. Making the best toys is the company’s goal. And every time a new set is launched, there is always a crowd in every Lego store out there.

Lego brick pieces have also evolved during the years. Today, there are more sophisticated pieces, gear systems and also battery-powered engines that are compatible with the Lego brick systems. Now, Lego sets with a battery engine can move and not just stay stationary!

As demand for nicer looking models of castles, ships or even cars increase, Lego has invested in the necessary tooling to produce special Lego pieces that elevate each of its sets to a higher level. There are even retired Lego sets that have seen their price appreciate triple or more times due to the demand it fetches.

Talk about value investing by buying Lego sets! But on a serious note, consistently producing great products and the ability to also sell plastic bricks at a few hundred to a few thousand bucks per set, is proof that the Lego group does make great products.

And that is the key epitome of a great business.

3. It has a respectable net profit margin and fantastic ROIC

Who would have thought selling plastic brick toys would command a respectable net profit margin of 21%. The Lego group also reported higher revenues versus its FY 2018.

Not only the net profit margin is fantastic. The Return of Invested Capital (ROIC) of The Lego Group during FY 2019 was at 69%. Return on invested capital (ROIC) is a calculation used to assess a company’s efficiency at the capital allocation to profitable investments. The return on invested capital ratio gives a sense of how well a company is using its capital, both equity and the debt.

Coupled with the very fact that it is a low gearing company, it further highlights how efficient the company is being run. Profits and cash generated are reinvested back to scale the business. This means there is no need for Lego to raise huge amounts of cash from the public or even in the form of borrowings. As of FY2019, total borrowings only stood at 157 million DKK.

A great company producing quality products allows it to hold pricing power. Most people would baulk at the amount Lego enthusiasts would pay for a Lego set.

This all translates to the juicy margins that The Lego Group is enjoying and reinvesting into its business.

4. It has faced plenty of challenges, including 2 fires and a close bankrupt shave

The Lego Group started its business in 1932. It is currently a company with 88 years of history as of the year 2020. For 88 years, not all was smooth sailing.

From fires breaking out in its factories to World War II, The Lego Group has always found ways to pick itself up again after every major setback.

Perhaps its greatest challenge was during the year 2003. The company was facing a deficit of 1.4 billion DKK. Things got worse as losses escalated in FY 2004, with a 2004 net loss of DKK1,931 million. The company was on the brink of folding up.

Then, perhaps one of the most successful turnaround stories, the company made a miracle. By 2005, it posted a profit and has since been on an upward trajectory. In 2017, it even became the most powerful brand in the world.

Back when The Lego Group was facing its toughest challenge yet, a man by the name of Jørgen Vig Knudstorp became its saviour. At just the age of 36, Vig Knudstorp, hired as the CEO, went on a ruthless spree to make the company more efficient. Inventories got slashed, capital intensive businesses like its theme parks got divested.

Coupled with shrewd marketing and also with the help of the internet, Lego found its way back on track to become the toy company that most of us love today.

Companies are made great not because of their illustrious pasts, but more on the ability to weather even the stormiest seas. And the crisis that struck the company in the year 2003, definitely shapes it to be what it is today.

5. The best Lego sets all start with one brick at a time

No matter big or small, every Lego model starts with the first 2 bricks coming together as one. Then the third, fourth and all the other bricks.

It takes time, patience to put up and complete the biggest and most challenging Lego sets. But if you are a Lego enthusiast, you would have enjoyed the building progress, up till completing the whole set.

It always starts with the first stock. Then the second stock. When done correctly, our stocks will grow. This is similar to how a few bricks that interlock with each other slowly form into a shape or a portfolio. And just like building the ultimate Lego set, a matured and accomplished portfolio takes time and patience.

And you have to enjoy the process. Not to be too engrossed with the end product or end goal. With every brick correctly put together, only there is real progress into completing a set.

So prudence and patience, is what creates a sizable and accomplished stock portfolio!

Though the Lego Group might seem to be an interesting company to invest in due to its brand, products and allure, sadly, it is a privately owned company.

But, that doesn’t mean the company and its business cannot be appreciated by investors like you and me. Going through LEGO’s history, business model and how the company is run does give me a pointer or two to sieve out my next company to invest in.

What other companies that have encountered a similar challenge and growth like The Lego Group? Let us know in the comments below!